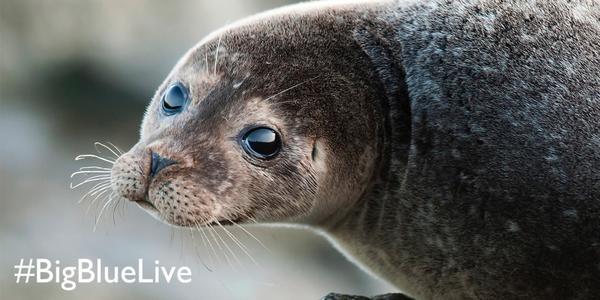 If you’re active on Facebook or Twitter, you may have notice the liberal use of the hashtag #BigBlueLive - and for good reason.

And yes I did say they do this live!

The program airs August 31 - September 2 at 8pm with a live repeat at 8pm Pacific Time for west coast viewers.

In addition to watching it on television you can watch it live online when it broadcasts by going to the Big Blue Live social hub.

Some of the reporter and marine expert dispatches will also come from the Monterey Bay Aquarium and aboard NOAA (National Oceanic and Atmospheric Administration) vessels.

Big Blue Live is a partnership between PBS and the BBC. BBC viewers already received a taste of the breathtaking beauty of the sea world, when the program beamed live a week ago. Here is an excerpt of what they saw.

The power of live television meets the beauty of the deep. @SteveBackshall swims with sea lions on #BigBlueLive.
https://t.co/KJJl8icSFP