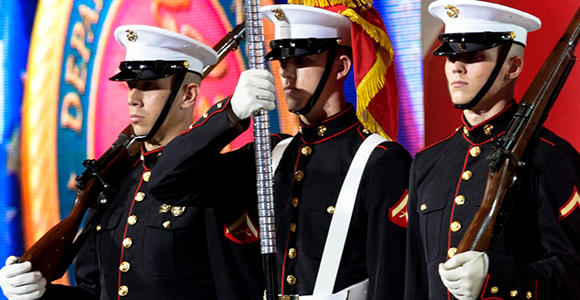 Watching the PBS National Memorial Day concert has become a tradition in my family.

Like several Americans, I don’t have anyone in my family who is currently serving so this concert is one of the ways I feel connected to and appreciate the men and women who have given of themselves in military service.

One of my favorite parts of the concert is the musical tribute to all branches of the military. This is when the theme songs of all of the branches of service are played. It’s touching to see the servicemen and women stand or salute for their song. (My brother served in the Navy ages ago, so I always stand up when “Anchors Away” is played.)

The dramatized stories of bravery and sacrifice are equally touching.

This year’s concert focuses on stories of courage from those who fought in Afghanistan.

Several segments of the show will feature stories about critically wounded veterans and the invisible wounds of war and also how families like the Gold Star Mothers are helping vets and families heal.

This is the 25th anniversary of the show.

You can make this special a part of your family tradition by watching the live broadcast hosted by actors Gary Sinise and Joe Mantegna on Sunday May 25 at 8 p.m. on GPB. It repeats at 9:30 p.m.