An Afternoon with Downton Abbey Cast and Creators Webcast Saturday 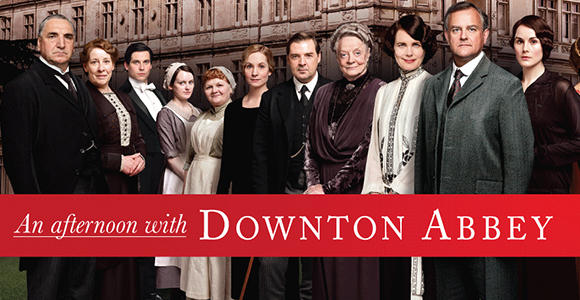 Miss Downton Abbey? Me too! Thankfully the members of the Academy of Television Arts & Sciences understand our pain. Because of them, on Saturday, May 3, 2014 at 4 pm ET, we will be able to catch up with the Downton cast and creators in a live, webcast dubbed An Afternoon with Downton Abbey .

You can watch it by clicking here to the Masterpiece Theatre page.

The creators and some cast members will hopefully spill the goods on season 5. Here is a list of the panelists:

Robert James-Collier is always a hoot in these panel discussions. During a YouTube streamed panel discussion, earlier this year, he gave out his hotel room number. I wonder if a female fan tracked him down?

I wonder if James-Collier and the crew will explain what is going on in recently leaked photos of season five photos. In one of them, Thomas appears to be having a spirited conversation with Tom Branson .

They were not on the best of terms last season, does that mean they have patched things up.

Check out these posts about what the photos say about season 5 and make sure you tune in the webcast on Saturday to get the full scoop.