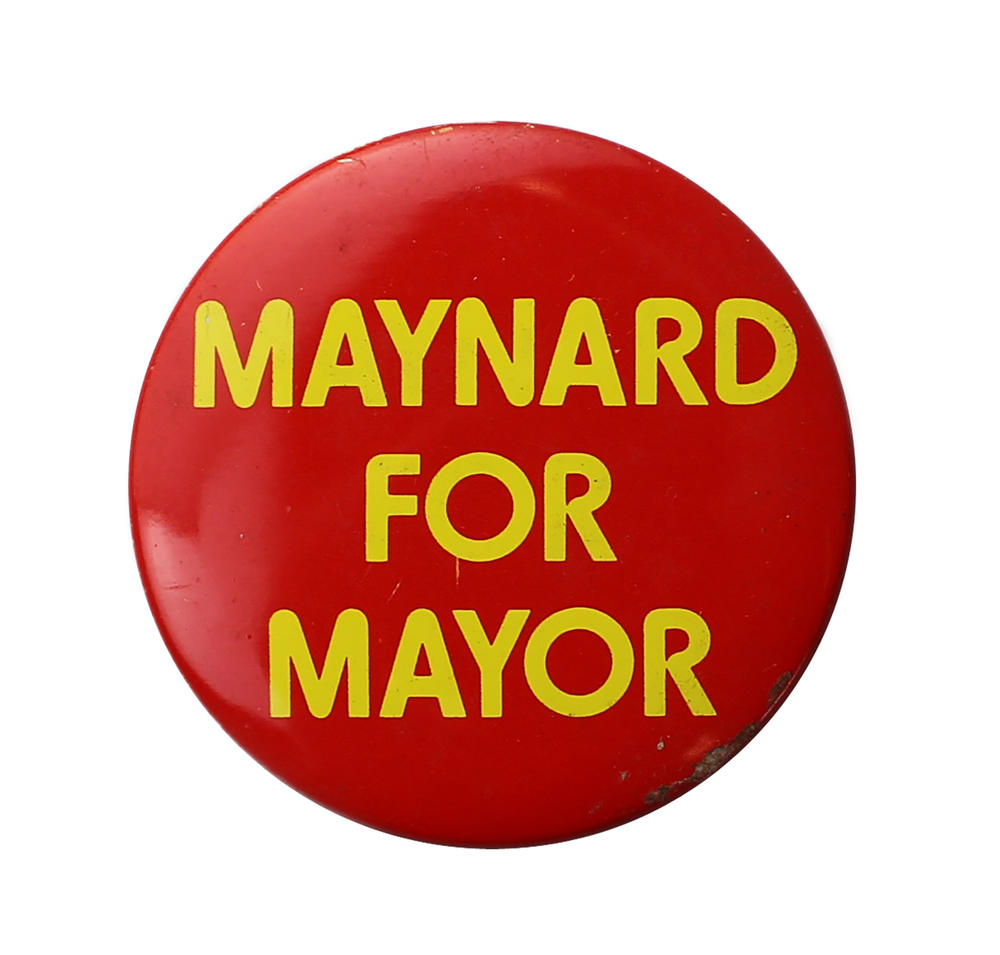 Crowd-sourcing isn’t a common way to curate a history exhibit but that's how the Atlanta History Center opted to put together a new show about Atlanta.

After all, Atlantans are the best experts on what represents their city.

Among the 300 public submissions were Coca Cola, WSB, the Centers for Disease Control and Prevention, CNN, the Peachtree Road Race and, to the surprise of curators, “trees."

Below, you can hear my recent tour with curator Amy Wilson:

Wilson: "We got a lot of submissions for the airport. After going through different ideas we decided that trying to get the plane train as the representation of the airport.

Bevington: It’s an actual section of a Bombardier plane train car just like you would ride in at Hartsfield Jackson Atlanta International Airport. As you make your way through the gallery, there’s no chronological or thematic order to the 50 objects. In an early 1960’s black and white video, a female narrator describes African American students walking into a school.

SOUND EFFECT: Woman narrator saying “In 1961, Atlanta became one of the first southern cities to integrate its high schools peacefully.”

SOUND EFFECT: Gone With the Wind Movie - "Rhett. Where shall I go and what shall I do? Frankly my dear, I don’t give a damn.”

Bevington: Another object from Atlanta’s cinematic history is a weapon.

Bevington to Wilson: "I'm surprised to see a samurai sword here hanging on the wall."

Wilson: Well this was representing The Walking Dead. And we're using the Walking Dead to represent Atlanta as a filmmaking hub. We have Michonne's katana, her sword that she uses to kill zombies.

SOUND EFFECT: From AMC's The Walking Dead: Michonne slaying zombies with her sword

Bevington: An exhibit about Atlanta wouldn’t be complete without mention of Delta Air Lines, represented by a pastel blue and lime green 1969 air hostess uniform with a very, very short skirt.

Bevington: The city’s innovative urban music scene is portrayed by an original album cover of OutKast’s 2003 mega-success Speakerboxxx/The Love Below that included hits like “Hey Ya!”

“Atlanta In 50 Objects” is on view at the Atlanta History Center through July 10th, 2016. To see photos of some of the objects, click here.