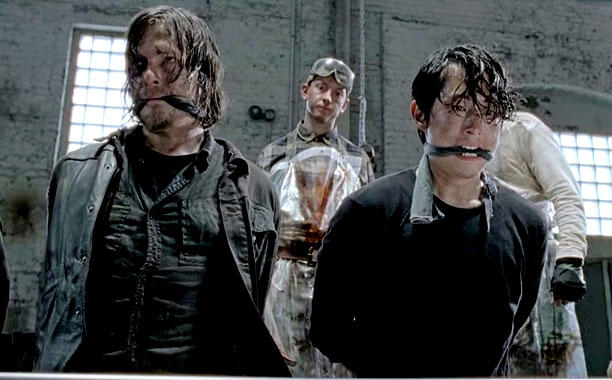 The film and television industry in the state of Georgia is rapidly growing. Today, Georgia is home to many shows such as The Walking Dead and Sleepy Hollow.

Jeffery Stepakoff, a writer and producer is the first Executive Director of the Georgia Film Academy, a state program designed to train Georgians with an interest in the film and television industry.

Stepakoff: So the Georgia Film academy is going to have, let's think of it as three tiers of courses. Number 1 is Georgia Film Academy Training Course One; number two is Georgia Film Academy Training Course Two, a full semester on set. Number 3 are craft specific courses. What’s rolling out in January is Georgia Film Academy Training Course One, a broad, comprehensive but still rigorous and intensive soup to nuts training program, all the crafts are explored. Everything you really need to know to work on set, a little bit of post, a little bit of pre-production, students get that. From that course, they go into Georgia Film Academy Two, which is a full semester on set. And this really cool; they join what's essentially a production company. I think of it as a teaching hospital. Students get real, meaningful credits, and they get the experience that they need to go to work in the industry. Number Three, if students are very specific about a craft that they want to explore we can provide that kind of specific craft training. We’re going to be broad, we're going to offer a semester on set and we're going to offer specialization.

Bevington: And this is tax payer funded?

Stepakoff: Yes it is.

Bevington: So Georgia already gives very generous tax breaks to film and television productions, I believe it’s up to 30 percent?

Stepakoff: That’s right; it's 20 percent immediately and another 10 percent when you use our peach.

Bevington: The logo at the end of the credits, we look for it. Typically Georgians have learned to do that. Which explains, now we should say in 2008 this law came into effect, tax incentives to lure Hollywood to Georgia. Clearly it has worked in our favor.

Stepakoff: It sure had.

Bevington: But what do you say to critics who say "We're already giving up millions if not billions of dollars in taxes that could be paid through theses incentives, now putting more tax money into training the workforce?" What’s your answer to that?

Bevington: Has anyone in the industry indicated that these certificate holders -- the graduates of the Georgia Film Academy -- are actually going to get hired?

Stepakoff: Industry insiders are incredibly excited about what we're doing. We're working with them; we are developing training programs in lockstep with the needs. So we see a real surge of energy between the people who do the hiring, where there are needs and the training that we're doing

Bevington: The New York Times magazine, two to three weeks ago covered a story about the lack of women in Hollywood, specifically women directors. But critics would say that there aren't enough women fillings roles at all levels of Hollywood. Do you have any kind of direct efforts to recruit women?