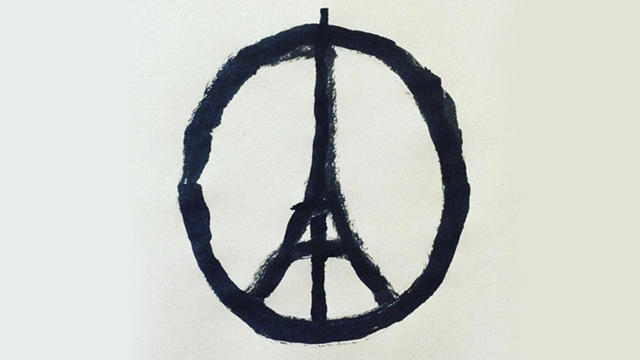 France’s top official in Georgia says Georgians have shown an outpouring of support for the people of France since last Friday’s terror attacks in Paris. Denis Barbet, France’s Consul General to the Southeast in Atlanta, joined me in the studio Thursday to discuss Atlanta’s unique connection with France and with some of the victims.

Bevington: It's been a big week for you. On behalf of all Georgians certainly extend our sympathies to the people of Paris and of France.

Barbet: Thank you very much

Bevington: How surprised are you by the attacks of Friday?

Barbet: It comes after the attacks of last January 2015. We expected some strikes. We know that French intelligence and the French law enforces managed to thwart a lot of attacks and it happened last Friday unfortunately

Bevington: You can't prevent every attack.

Bevington: What are you telling French people here in Atlanta and in the southeast about security and travel to and from France?

Barbet: Travel is totally open. We have re-opened flights, trains, everything is working as normal. We are now, in France, under a state of emergency. The Army is deployed. So everything is done to protect citizens in France, foreigners living in France, tourists coming to France. We appreciate the tremendous support we received right away from American friends on Monday. The City Council of Atlanta and Councilman Caesar Mitchell organized a special ceremony and a minute of silence at City Hall. I was personally very, very moved. Mrs. (Sandra) Deal came yesterday at the French consulate to sign the condolence book. I am very grateful to her.

Bevington: And yet, Governor Deal has called for a ban on Syrian refugees settling here in Georgia. Your own President has said that not only will France continue to take immigrants -- and specifically refugees -- but has actually increased his promise. In September he said 24,000. He just recently said 30,000. That’s a different reaction from a government. Can you comment on the Governor's call to block Syrian refugees here in Georgia?

Bevington: I know of at least one Atlantan who was involved in the Paris attacks. Julian Dorio is a drummer. He was on stage performing with the Eagles of Death Metal when the gunmen opened fire at the Bataclan Theater. Have you been in touch with Julian Dorio or any other Atlantans involved in the attacks?

Barbet: We've got the testimony of at least three French citizens living in Atlanta who had at least one or two members of their family who lost their lives during the attack last Friday. When you hear that the attack happened 1,000 miles away from here ... when you meet people who have been direct victims of the attacks ... it creates a very concrete and direct feeling of that. It happened, it's not unreal, it’s not virtual, it’s real. It's totally different.

Bevington: Thank you very much for your time today.

Barbet: Thank you very much

Bevington: And best of luck to the people of France and the city of Paris