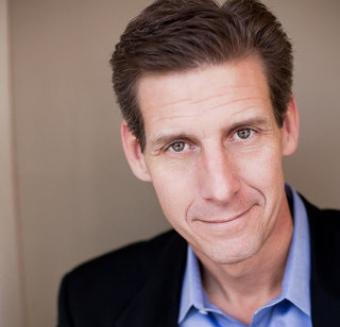 Public radio’s popular business show Marketplace is out with a new survey measuring Americans’ so-called “personal economy.” The goal of the “Economic Anxiety Index” is to quantify how people feel about their finances leading up to next November’s Presidential election.

I recently interviewed Marketplace host Kai Ryssdal. My first question? Why ask people about their money?

Kai Ryssal: The thing that our reporters and our correspondents have been telling us is they come back from working in the field is this: It looks really good in the headline numbers, but if you get out and talk to people -- not in the big cities but out in the rest of America where the actual economy lives -- they are still uptight. They’re not feeling what it is that the numbers are showing and we wanted to be able to quantify that, to put some kind of numbers, some kind of actual, tangible thing to this thing that our reporters were seeing out there

Rickey Bevington: I really like this term that Marketplace uses, this "personal economy". Can you talk a little bit more about that?

Kai Ryssdal: The U.S. economy is an 18 trillion dollar beast right? I mean, it’s enormous. But if individual people aren’t feeling it, if they are nervous about losing their jobs, if they are losing sleep at night -- 25 percent of the people in this country are losing sleep at night because of their finances -- if that is happening then something is wrong. So what we did was we went out and we said "How does your economy feel to you?" And that’s where it all comes down.

Rickey Bevington: Not only have you all done this poll, but you have been traveling, you've been talking to people all over the country. Are you able to characterize for me Southerners specific attitudes about their personal economy?

Kai Ryssdal: I was in Tuscaloosa, AL about two weeks ago. We're talking to catfish farmer that we've talked to forever and his name is Townsend Kaiser. And for him, things are great. He's running a small business, he's got 25 people working for him and he's selling 5 million pounds of catfish every year. So life for him is pretty good. We went 30 miles up the road to Tuscaloosa, AL and we talked to a woman who's a waitress at a BBQ joint. If you’ve ever been to Tuscaloosa go to Dreamland, they have great ribs. She's 27, she's in a PhD program in Material Sciences, and her word for her economy she is scared by it. She's got $190,000 worth of student loan debt, she's not sure if she's going to be able to get funding for her PhD program going forward. The word she used was "scared." And it seems to me that when you’ve got that going on there is something not quite right when you look at the national numbers

Rickey Bevington: Turning to the political aspect of this poll, a healthy 50 percent of your respondents said that their financial situation would not change under a Democratic president or a Republican president. And yet the goal of this poll -- and you’re going to do three more before the 2016 election -- is to explain how economic concerns are motivating voter behavior. So how do you reconcile a contradiction there?

Kai Ryssdal: That’s sort of the whole you know "people hate congress but they love their congressman" right? What people are feeling doesn’t necessarily manifest itself at the ballot box or when it comes in an answer to a poll question. There is discontent out there economically. If you'll look at Pew and Gallop, they say about 85 percent of the people that they survey think the economy is the single most important thing. That beats terrorism, it beats national security, it beats all of those things. So I think what we want to find out, and the thing that we’re going to be looking for as we do this poll again and again, is to try to refine some of those things. Are you really losing sleep because of your financial situation? How anxious are you about hourly wages versus salaried employees? The last poll is going to be right before election day and we're gonna talk to people about how they think their gonna go as enter that voting booth and figure out who they're gonna vote for.

Rickey Bevington: And we will continue to hear your reporting for the next year. Kai Ryssdal thanks so much.

Kai Ryssdal: Happy to do it. Good to talk to you.