Foreign Investment And Stadium Tax Breaks: The Art Of The Sale 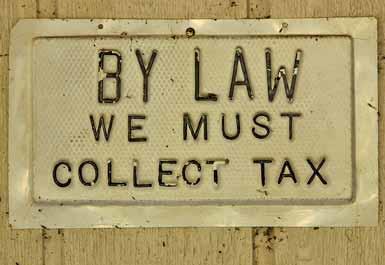 Convincing taxpayers that their money is being well-spent seems a particular challenge these days. Here in Georgia, Atlanta Mayor Kasim Reed, Governor Nathan Deal and the Cobb County Commission have faced public scrutiny and even lawsuits challenging the use of tax dollars to pay for, respectively, the new Atlanta Falcons football stadium, a nearby state-owned parking garage (SCROLL DOWN) and the new Atlanta Braves baseball stadium.

Sporting facilities are sensational and high-profile targets of penny-wise taxpayers. On a more mundane level, who among us hasn’t driven into a deep pothole or balked at an overflowing sidewalk garbage bin and wondered where our tax dollars are going?

Given the difficulty our local elected leaders have making the case for spending public money on local projects, imagine the challenge of explaining why America should dedicate about 1 percent of the federal budget to foreign aid. This question came up recently at an Atlanta luncheon sponsored by the non-profit German Marshall Fund of the United States with representatives of the Millennium Challenge Corporation.

The guiding principle of the MCC is to be “a U.S. government international development agency focused on reducing poverty through economic growth all over the world with a unique and distinct model of doing it with private sector discipline,” according to one of our speakers, Matt L. Bohn, MCC’s Vice President and Chief Financial Officer. For the MCC, private sector discipline means “creating the conditions where the private sector can take its place and create jobs and provide opportunities for the poor to be economic participants to lift themselves up from poverty,” said Bohn. (Disclaimer: Bush appointed my uncle and Atlanta native, Paul Applegarth, to be the founding CEO of MCC. He stepped down from the post in 2005.)

Atlanta companies and aid organizations have access to “millions of dollars in contract opportunities for MCC-funded projects--as well as millions more in grant and public-private partnership opportunities.” Bohn’s Atlanta agenda included meeting with CARE CEO and 2014 U.S. Senate candidate Michelle Nunn as well as Coca Cola and CNN Espanol. “The reality is we have a business class of people in Fulton County who have the capacity to not only do good business locally, but have the capacity to get involved in foreign trade,” said Fulton County Commission Chairman John Eaves, who also attended the luncheon.

In a way, an Atlanta company working with MCC to build an African power plant is like a developer using tax breaks to build an Atlanta sports stadium. In Africa, the goal is to “open up new markets for American businesses.” In Cobb County, the goal is to create jobs and generate tax revenue. Both are using public funds to grow private enterprise meant to make life better for the public.

There are many arguments for and against this logic, and backers and opponents often interpret the same data to prove vastly different assessments of whether taxpayers recoup on their investment. Helping poor Africans kick-start their way out of poverty is a loftier goal than helping a sports franchise sell more team jerseys. Although just about every metro Atlantan has an opinion about whether they should be paying for the new Atlanta Braves or Falcon stadiums, few likely think about whether they should be paying to build that power plant in central Africa.

When asked if foreign investment is even on the radar of a typical constituent, Commissioner Eaves replied, “It’s not.”