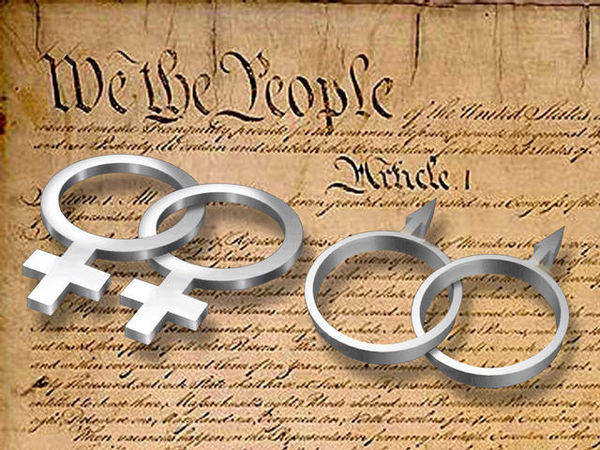 We’ve seen stories as disparate as a Kentucky lesbian denied emergency room treatment for her son because her partner was the biological parent to a heterosexual couple in Australia threatening to divorce if gay marriage becomes legal. No matter where the story takes place, the reporter inevitably offers a primer on the local laws regarding same-sex relationships.

The variety among laws on all aspects of same-sex relationships is striking. Voters in three states have approved gay marriage. It’s illegal in 13 states. In some states, gay rights laws vary from county to county. Mississippi is the only state that bans gay couples from adopting a child jointly, while Georgia allows same-sex adoption but bans same-sex marriage and divorce. And so on.

Attitudes toward gay rights are just as diverse. Even, it seems, among gay Americans. I texted a gay acquaintance last week to ask if he knows any homosexual men or women who oppose gay marriage, and his reply was “lol … I try not to know folks like that.” Atlanta street performer Baton Bob told me he thinks legal marriage is an unnecessary burden. As a gay man, he predicted that “gay people don’t know what they’re asking for.” Opinion among heterosexual Americans runs the gamut as well. A divorced colleague said to me jokingly, “I don’t believe in gay marriage because marriage doesn’t work. We shouldn’t extend the franchise until we fix it.”

As Americans hash out this emotional debate, let’s remember to celebrate the richness of the conversation. It’s a triumph of our democracy that 50 independent states and the District of Columbia have had the freedom and courage to go through the long and often painful process of debating the rights and roles of same-sex couples. As anyone who’s been married can attest, it’s hard for two arguing people to consider each other’s opinions. And here we’ve done it among 300 million of us.

Next week, Americans will celebrate the inalienable rights we declared in 1776. One of those rights is to speak our opinions freely. Three-hundred million voices will have gone into the opinion of the Supreme Court. When it comes to the gay marriage debate, that makes us all winners.