When It Comes To Press Freedoms, First Things First 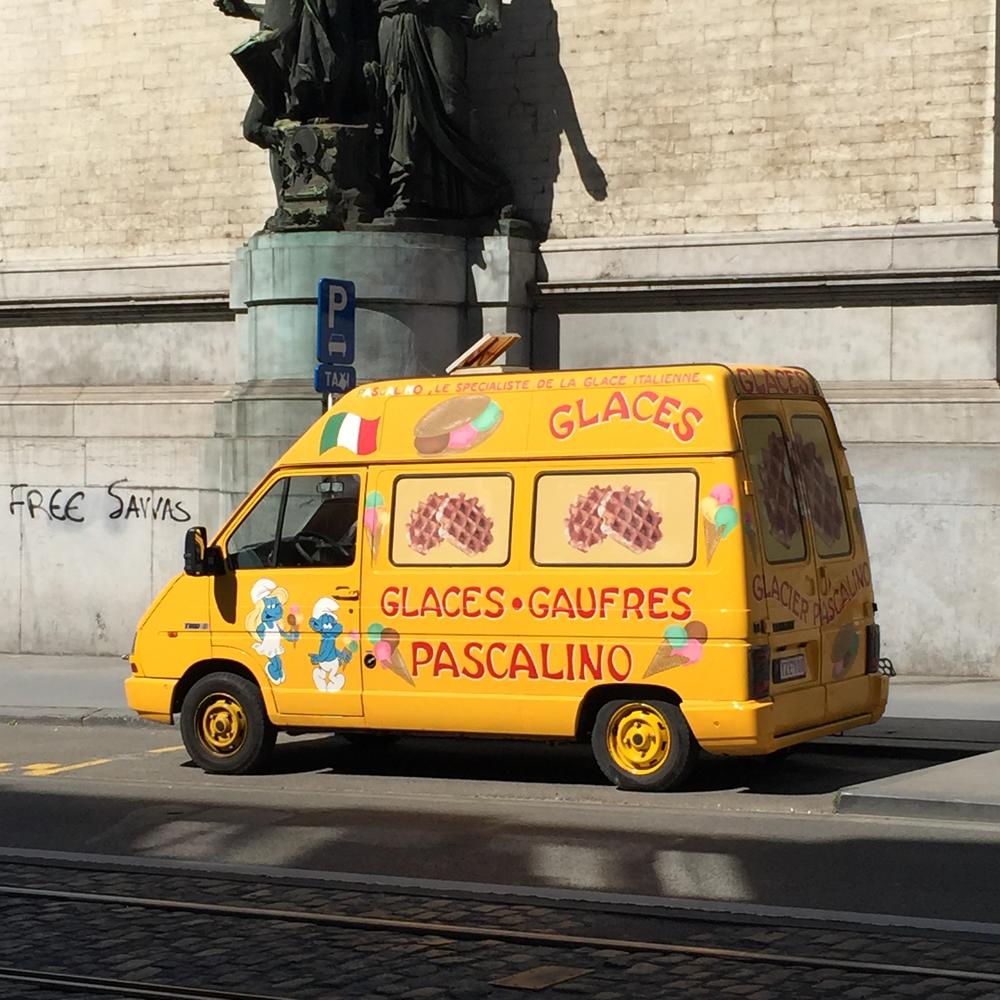 “When In Belgium, First Things First.” That’s the humorous caption I posted on an Instagram photo of a waffle food truck on my first day here in Brussels. Every carb-loving American knows to seek out the famous delicacy of Belgian waffles.

My travels to Europe are part of a transatlantic learning experience called the Marshall Memorial Fellowship. It's the flagship leadership development program of the German Marshall Fund of the United States, an American non-partisan, non-profit organization that works on strengthening transatlantic cooperation on regional, national, and global challenges and opportunities in the spirit of the Marshall Plan. Over the next four weeks, my travel itinerary also includes: Stockholm, Sweden; Podgorica, Montenegro; Warsaw, Poland; and Berlin, Germany.

A photo of a waffle truck may be a silly way to announce to the world that I’ve safely arrived on the other side of “The Pond.” In truth, the first thing I like to do when in a new city is to seek out local television and radio stations. A city’s news and entertainment options say a lot about its people, their values and their interests.

Here’s a snapshot of the radio options on the high-tech hotel gym treadmill. In addition to BBC Russian and BBC Arabic, other stations included French and Flemish language stations plus plenty of American and British pop music. Evidently, people here speak a lot of languages. That’s easy to infer without even knowing that the European Parliament and European Commission meet in Brussels. Both of them represent 28 European nations, with 751 delegates to Parliament alone. The EU government is as impressive a presence in Brussels as Congress is in Washington, D.C. So what explains the American pop music?

Well, even politicos know life’s too short not to admit they like catchy Taylor Swift songs.

Still, as though to cover their bases, it was only a few songs before the DJ delivered a five-minute newscast that largely covered politics.

What do Atlanta’s radio options say about its inhabitants? Atlanta has dozens of FM & AM radio stations. They represent a wide spectrum of interests, including high school, college and professional sports, jazz and classical music, Top 40 pop hits, Classic Rock, conservative talk, public radio talk and news magazines, R&B, rap, hip-hop​, and religious programming. While this tapestry doesn’t represent all of the diverse people and interests in Atlanta, it covers a healthy percentage. This variety reflects that Atlantans expect and demand to have numerous and differing news and entertainment options. It's as natural to us as the air we breathe.

This is the sort of thought that makes me pause to appreciate our right as Americans to participate in and consume a free and diverse media. Traveling abroad puts the First Amendment into close perspective. One reason may be because not all countries guarantee a people’s right to an independent media. America may have “Far Right” and “Far Left” outlets with Taylor Swift in between, but each American is free to choose where to pre-set their radio dials.

It’s likely no mistake that it was the very first amendment to our wonderful U.S Constitution because Americans put first things — freedom — first.