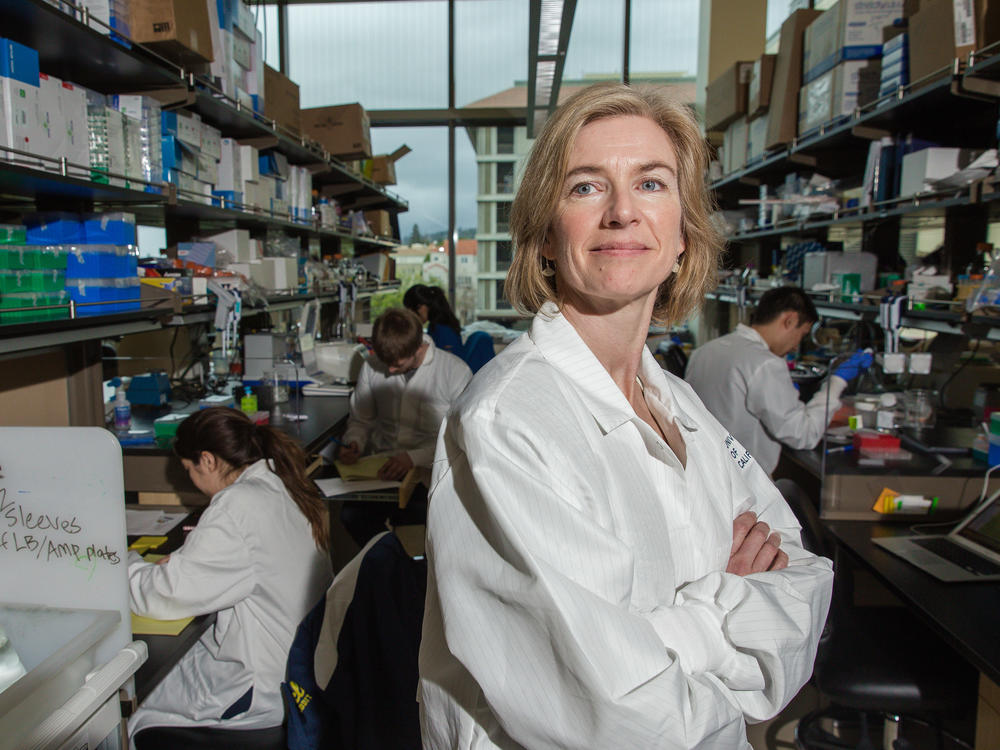 Biochemist Jennifer Doudna, the subject of Walter Isaacson's new biography The Code Breaker, shared a Nobel prize in chemistry in 2020 for the part she played in developing the CRISPR gene editing technology.

The Pfizer and Moderna COVID-19 vaccines are the first vaccines to be activated by mRNA — and would not have been possible without the invention of the gene editing technology known as CRISPR.

In his new book, The Code Breaker, author Walter Isaacson chronicles the development of CRISPR and profiles Jennifer Doudna, who, along with Emmanuelle Charpentier, won the 2020 Nobel prize in chemistry for their roles in developing the technology.

CRISPR has already led to experimental treatments for Huntington's disease and sickle cell anemia, as well as certain cancers. Isaacson likens its technological capabilities to "Prometheus snatching fire from the gods — or maybe Adam and Eve biting into the apple."

"The very secrets of life — our DNA — is something that we can not only read these days, but we can write. We can rewrite it if we want to," Isaacson says. "It made me think that all of us should understand and marvel at and be excited about this notion."

But, Isaacson warns that gene editing also raises a host of moral and ethical questions — especially as the technology becomes more developed.

"In the future, you might be able to do more complicated things — change hair color or muscle mass or memory cells in a human being," he says. "Like any technology, [it] is only as good or bad as we are. ... So that's [why] we ought to have the discussion: What type of genes do we want to edit?" 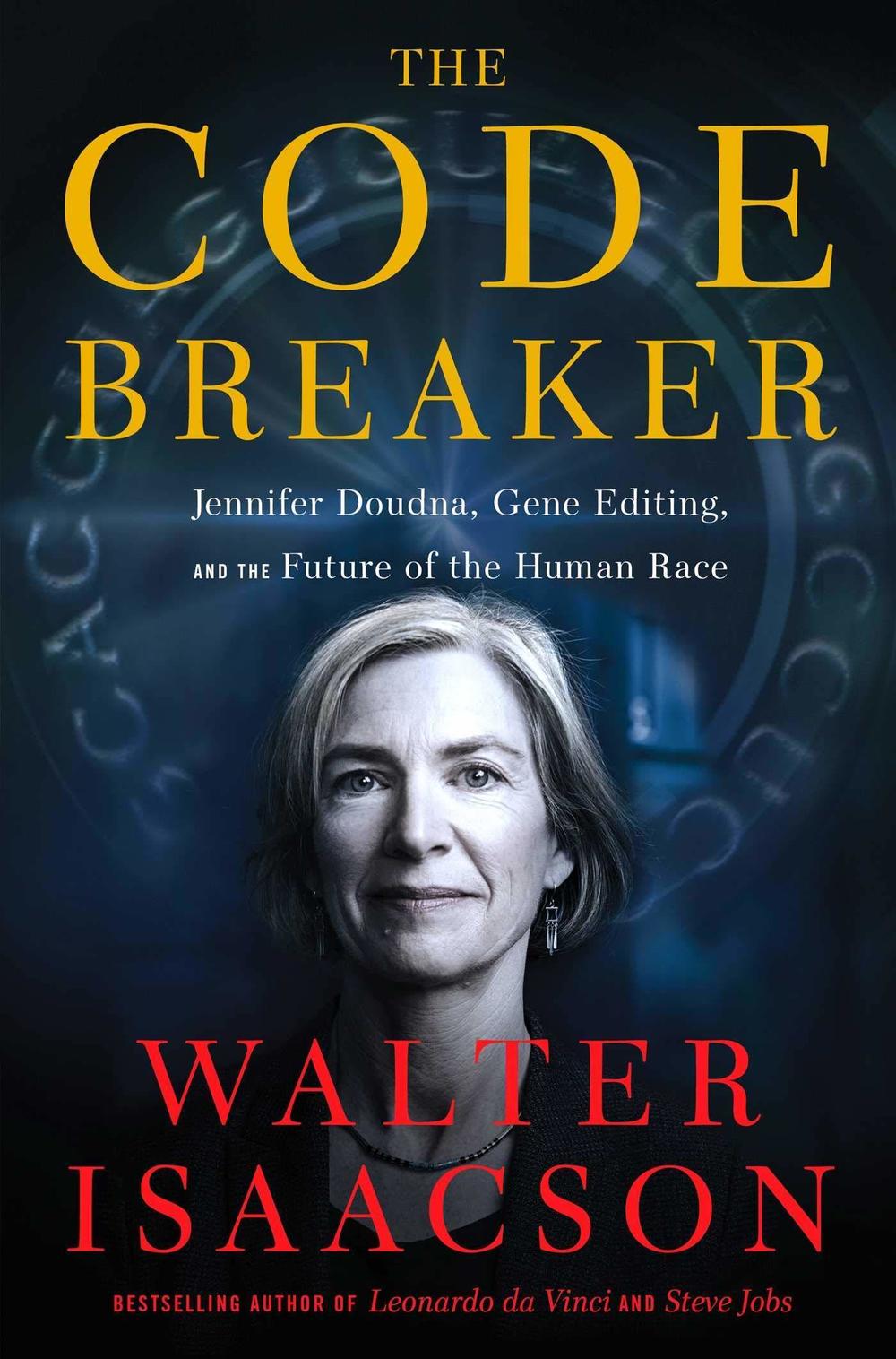 On how gene editing is next science revolution

I think in our modern times we've had three great revolutions: The first was the physics revolution. And it sort of starts at the beginning of the 20th century with Einstein's papers — and based on that fundamental kernel known as the atom. And from that, we get the atom bomb, and space travel and G.P.S. and semiconductors.

The second half of the 20th century was also based on a very small kernel of our existence, called the bit — meaning a binary digit. And it meant that all information could be coded in zeros and ones and binary digits. And that leads you to the internet and the microchip and the personal computer. And so that gives us the digital revolution, which dominates the second half of the 20th century.

Now we've come to another particle, a fundamental particle of our existence, which is the gene. And in the beginning of this century, in 2000 or so, we sequenced the entire human genome. And now with Jennifer Doudna and the things that she and her colleagues have invented, we found ways to rewrite that genome. And so this part of the 21st century, I think, will be a biotech revolution, a life sciences revolution.

Whenever viruses attack certain bacteria, those bacteria do something very clever: They take a mugshot and they put it in their own genetic material of the bacteria. ... So that when the virus attacks again, the bacteria remembers it and uses a little guide RNA and a pair of "scissors" (an enzyme that acts as a pair of scissors) and cuts up the invading virus. So that allows the bacteria to have an adaptive immune system, meaning every time a new wave of virus comes along, it takes that mug shot and will be able to fight it off the next time. And that's just what we, of course, need in this day when we're being attacked by wave after wave of viruses. ...

What we can do and what Jennifer Doudna ... discovered is that we can engineer this system that bacteria have and say, OK, we'll code in the place we want the DNA cut. So we can take this billion-year-old tool that bacteria have and reprogram it so we can aim at any sequence of DNA we want to change in our own bodies. If we want to change a gene, we can do so.

On CRISPR home testing kits, soon available to the public

There's going to be these wonderful CRISPR-based home testing kits that build directly on the discovery that [Jennifer Doudna and Emmanuelle Charpentier] won the Nobel Prize for, which is using this old technology that bacteria have, called CRISPR, to say, "I can spot any virus, just by reading the genetic code of things in my body." And so [eventually], we'll be able to have these [tests] in which, just in a minute, you can detect not only viruses or flu, you can detect bacteria, you could detect cancer, you can do your gut microbiome. That's going to be a great platform: these CRISPR home-based tests upon which people will build all sorts of wonderful medical tools. ... These home testing kits will help bring biology into our home and bring us into a whole new era where we can do easy self-diagnosis of the things happening in our body.

On why the U.S. Defense Department funds research on gene editing

A lot of the research into CRISPR and genetic engineering has come from the Defense Department, usually as a defensive mechanism, like how would you make it so that radiation wouldn't be as harmful to your cells? That's just a genetic issue. Can you make cells that are more resistant to radiation? Can you make them more resistant to other forms of poisons or whatever? 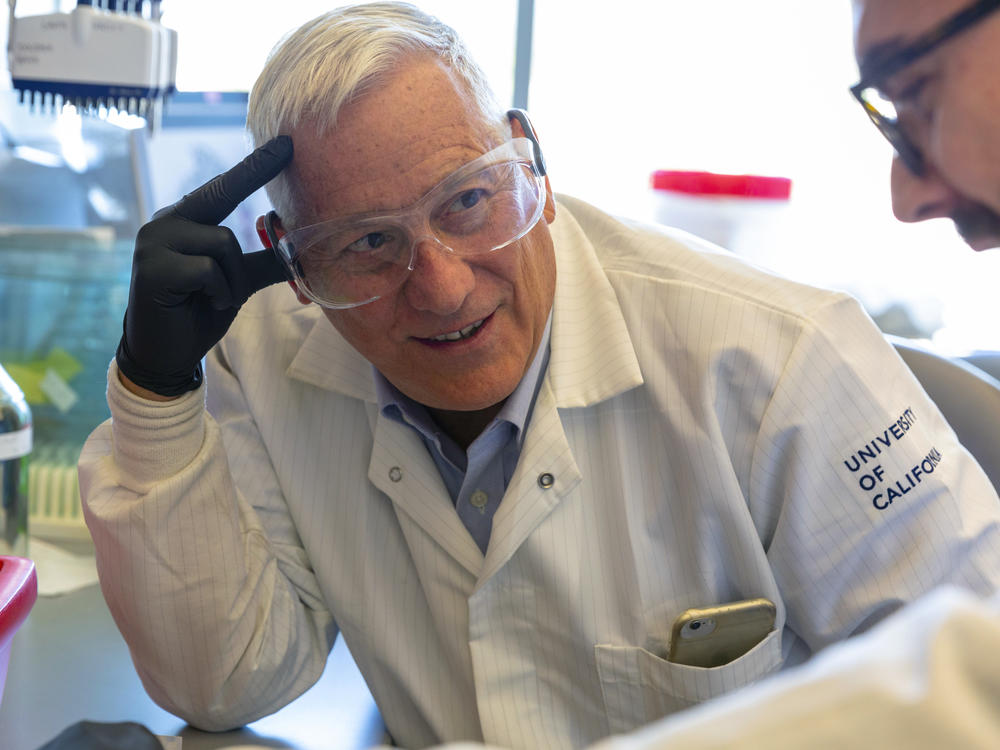 The Defense Department also helped Jennifer Doudna and the people around her at Berkeley in the Bay Area create something called anti-CRISPR — because you could imagine a bad actor using this gene editing technology to do something harmful, to try to edit our genes, to do bad things. ... Vladimir Putin was talking about CRISPR's gene editing technology to a youth group at one point and he said, "We might use it to make better and stronger soldiers that don't feel pain." So that you can realize, some of our enemies might be doing things. We got to figure out how to counteract it.

On gene editing getting into the wrong hands

I think that CRISPR and other gene editing technology are easy enough that it could be used by people who aren't playing by the same rules as a research scientist. ... So I can imagine people saying, "I want to create tools that will help my memory [or] increase my muscle mass." But like any drugs or any tools, we hope that there'll be some types of regulation [and] that the Food and Drug Administration and others will say, "Here's what you can use it for and here's what you can't." ...

When Jennifer Doudna first helped create [CRISPR] she had a nightmare and she walked into a room with somebody who said, "I want to understand your new technology." And the person looked up and it was Adolf Hitler. And this made her realize that if it got into the wrong hands, somebody might use it for eugenics purposes, might want to create a "master race," might want to create people who were stronger as soldiers. And she decided to gather scientists from around the world to say, let's figure out ... the wonderful things this gene editing technology can do, but let's also try to limit things that would be inheritable or things that would not be as easy to control. And so she's been one of the leaders that said this is an important and good technology — let's make sure we don't misuse it.

Sam Briger and Seth Kelley produced and edited this interview for broadcast. Bridget Bentz, Molly Seavy-Nesper and Deborah Franklin adapted it for the Web. 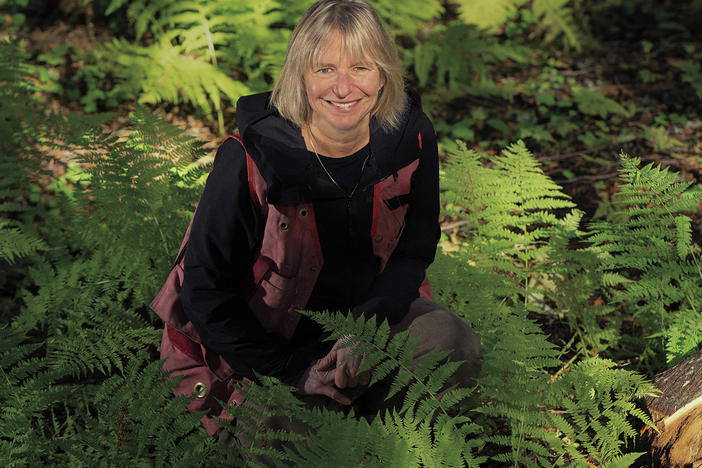 Trees Talk To Each Other. 'Mother Tree' Ecologist Hears Lessons For People, Too

Ecologist Suzanne Simard says trees are "social creatures" that communicate with each other in remarkable ways — including warning each other of danger and sharing nutrients at critical times. 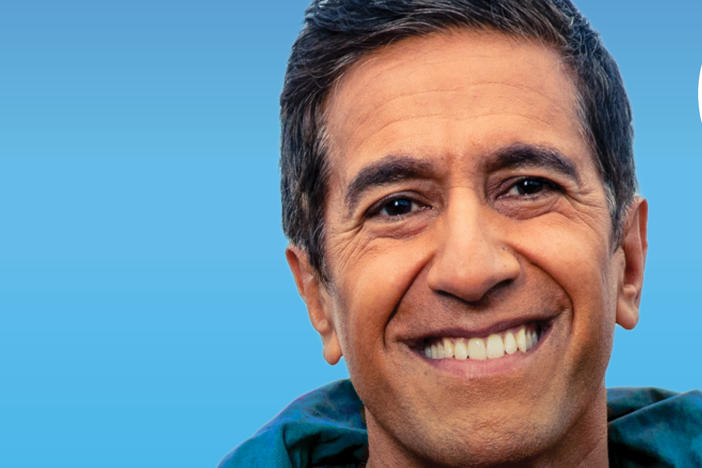 CNN's chief medical correspondent says it's never too late to develop new brain pathways. Even small changes, like switching up the hand you use to hold your fork, can help optimize brain health. 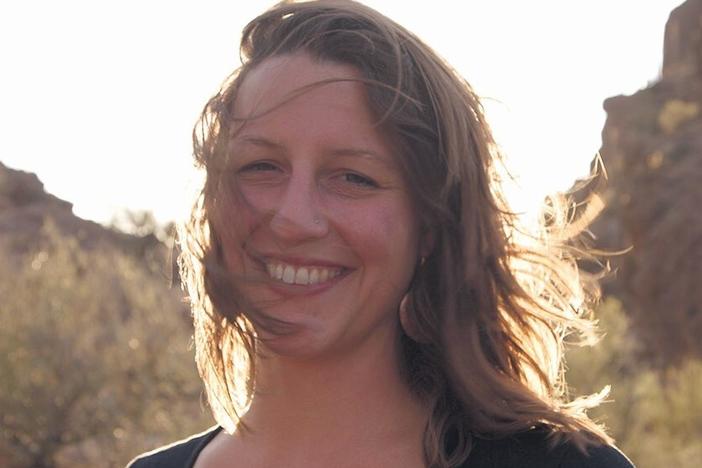 Katherine Standefer was uninsured and working as a hiking guide when diagnosed with a genetic heart condition. She chronicles her experience with an implanted heart device in Lightning Flowers.