Progress Toward A Safer Psychedelic Drug To Treat Depression And Addiction

A synthetic version of the psychedelic drug ibogaine appears to relieve depression and addiction without producing hallucinations or other dangerous side effects — at least in rodents.

There's growing evidence that psychedelic drugs can help people with mental health problems like addiction and depression. But these drugs also cause hallucinations and other dangerous side effects. So as NPR's Jon Hamilton reports, scientists are working to create safer alternatives.

JON HAMILTON, BYLINE: The drug ibogaine comes from the roots of a West African shrub. Small studies suggest it can reduce drug cravings and withdrawal symptoms. But David Olson of the University of California, Davis, says using ibogaine as a treatment presents huge challenges.

DAVID OLSON: Ibogaine is like the Mount Everest of psychedelics.

HAMILTON: It causes hallucinations and potentially fatal heart problems. Also, it's really hard to make in large quantities. So Olson and a team of researchers had a question.

OLSON: Can you take a really complex molecular structure like ibogaine and distill it down to its essential elements that give rise to the beneficial effects?

HAMILTON: Olson's team started by giving the ibogaine molecules some nips and tucks.

OLSON: We lopped off the parts of the structure that gave rise to a lot of the deleterious effects, and we left the part of the structure intact that still was able to have antiaddictive and antidepressant properties.

HAMILTON: The changes also left a substance that was easy to manufacture. The scientists named their creation tabernanthalog, or TBG, and they began testing it in rodents, including some binge-drinking mice.

OLSON: Every single animal in the experiment reduced their consumption for alcohol, which was really, really surprising.

HAMILTON: TBG also helped rats that had been addicted to heroin. Olson says usually these rats relapse in response to light or sound cues they associate with the drug.

OLSON: Tabernanthalog is able to have this long-lasting protective effect on heroin relapse.

HAMILTON: TBG also improved symptoms of depression in mice, all without producing any heart problems or behaviors associated with hallucination. Olson, who has a financial stake in TBG, says drugs based on psychedelic substances have great potential because they work in a different way.

OLSON: They don't mask disease symptoms. They're really designed to try to rewire the brain.

HAMILTON: The TBG results appear in the journal Nature, and it's still not clear whether they will hold up in people. But scientists not involved in the study say the approach has great potential.

GABRIELA MANZANO: It's definitely promising. It's a first step.

HAMILTON: Gabriela Manzano is a researcher at Weill Cornell Medicine in New York and co-author of a commentary on the TBG study. She says it suggests a way to make other psychedelic drugs safe enough to become mainstream options for treating psychiatric disorders.

MANZANO: This provides a roadmap on how we could start tweaking these chemical compounds to make them very useful in the clinic - keep the good parts, get rid of the bad parts.

HAMILTON: It's still not known, though, whether getting rid of the bad parts will keep the drugs from being effective.

Conor Liston is an associate professor of neuroscience and psychiatry at Weill Cornell.

CONOR LISTON: One of the big questions in the field is, is the hallucinogenic experience necessary for getting better? And there's some evidence both ways.

HAMILTON: Liston says it's time to figure out what psychedelic drugs and their trip-less counterparts can really do for people with depression, addiction, PTSD and other disorders.

LISTON: Let's gather the data. Let's see what works. Let's make sure we understand the safety profile. But let's also be open to the possibility that these compounds could really help a lot of people who need help.

HAMILTON: Liston notes that one psychedelic, ketamine, has already been approved to treat depression. 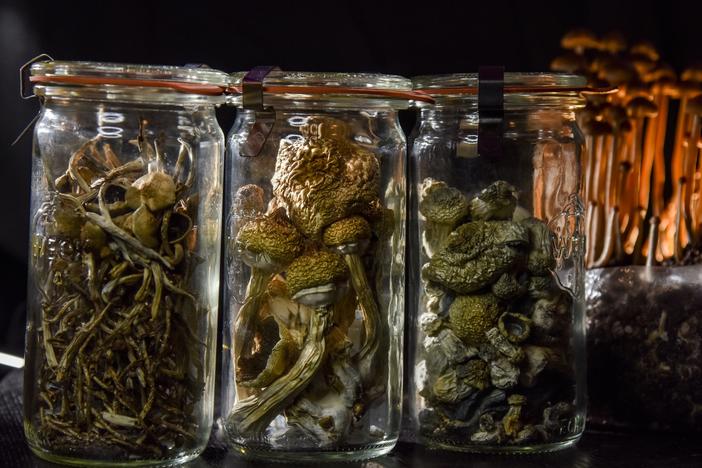 Psilocybin, the hallucinogenic substance found in "magic" mushrooms, appears to relieve the symptoms of major depression. 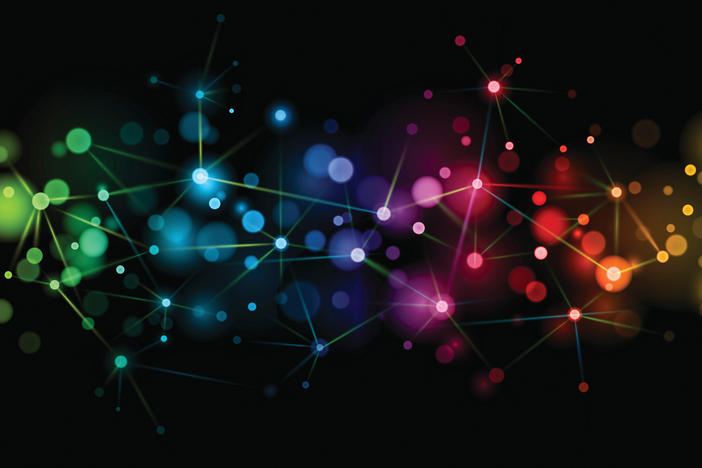 Researchers were able to mimic the mind-altering effects of the drug ketamine by inducing a particular rhythm in one area of the brain. 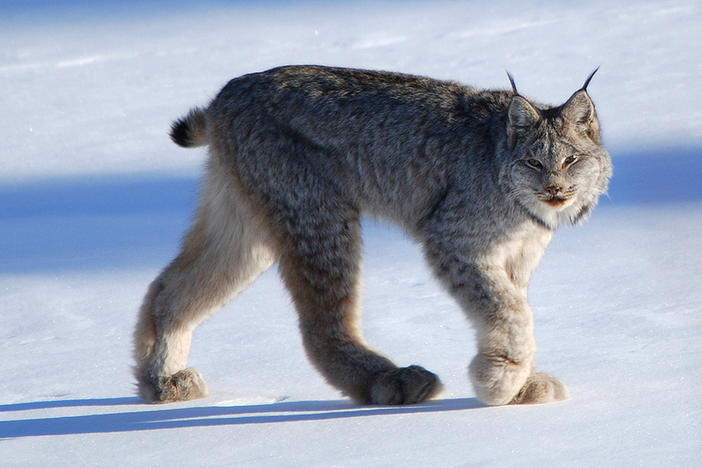 25 Down And 71,632 To Go: Scientists Seek Genomes Of All Critters With A Backbone