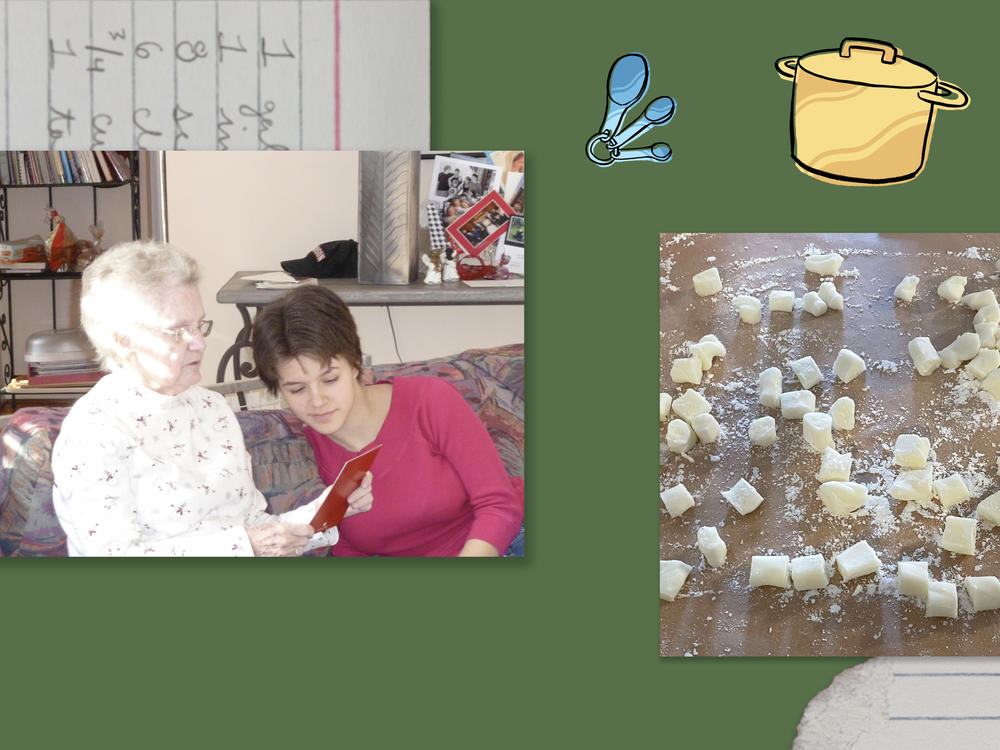 All Things We're Cooking is a series featuring family recipes from you, our readers and listeners, and the special stories behind them. We'll continue to share more of your kitchen gems throughout the holidays.

There were only so many days each winter when the temperature would dip below freezing where Jordan Harrison grew up in North Carolina. And when those days came around, it meant waking up early, gathering the family together and making a batch of butter mints.

"My grandmother learned how to make butter mints, which are these like melt-in-your-mouth, peppermint candies, in home economics when she was in high school and has passed that on," Harrison said.

"It's become a way that I think we bond when my mom's side of the family is all together, and it is just a connecting force for all of us."

The butter mints don't require a lot of ingredients, but some special equipment — and cold weather — is necessary. Probably the most important item is a large marble slab. It gets buttered up and then goes outside in the subfreezing temps, while a confectionary mixture is boiled on the stove.

"Sometimes people ask me, like, why can't you just put it in the freezer? I think the main reason for that is humidity also needs to be low. And then usually these slabs are pretty big and don't always fit in the freezer," she said.

Harrison lives in Chicago now and uses her fire escape as a cooling place for her marble slab on mint-making days. While she has made mints with her family plenty of times over the years, she said she only started making them on her own last year after her mom, who lives in Raleigh, gave her a lesson over Zoom. It was a success.

"I felt really that I had made some mints that turned out pretty well," she said.

But more importantly, Harrison said, it connected her to her family.

Working with her mom over Zoom also gave Harrison a chance to write down the recipe that until then had been passed down by mouth, though there is one question she still can't answer.

"How long do they stay good for? That's a good question," Harrison said. "I'm not exactly sure because I feel like in my family they always got eaten pretty quickly. So I don't know if we ever, like, reached their maximum shelf life."

Butter a marble slab and place it outside in freezing temperatures to chill.

Place wax paper on a large flat surface and dust with powdered sugar.

Place the water, granulated sugar, and butter in a large, heavy-bottomed saucepan and heat on high on a stove.

Measure the temperature of the mixture with a candy thermometer until it reaches 258 degrees F. (At around 240 degrees, retrieve the marble slab from outside.) Remove from the stove and immediately pour the mixture onto the marble slab.

As it begins to cool, carefully use your hands to fold the outside edges into the center. Continue to do this until the mixture becomes a more solid mass of candy and less of a puddle.

Move the candy around to the coldest parts of the marble slab until it is cool enough to completely handle. Place the candy mass in the center of the slab and make a depression in the middle.

Add food coloring and 2-4 drops of peppermint oil to the depression. Take the candy into both hands and begin to pull into a rope that is about half an inch to three-fourths of an inch thick. Then fold it in half back on itself and repeat.

Continue to pull and fold the candy like a taffy machine, until it begins to lose its gloss and becomes difficult to pull.

Now pull the candy into a long rope, approximately as thick as your finger, twisting as you pull so that it has a spiral pattern. Place the candy on the wax paper as you pull.

With heavy-duty scissors, cut the strand into about 1-inch pieces. They should form small pillows.

When you have finished, make sure the pieces are not touching. Dust with powdered sugar and leave for at least 20-30 minutes.

Then move them to an airtight container and shake every six to eight hours to prevent sticking. Do this until the mints are no longer sticky, approximately 12 to 24 hours.

Mints are ready to eat when the texture is creamy and melts in your mouth. This will depend on climate, temperature and humidity. (Low humidity is ideal for mint-making conditions.) 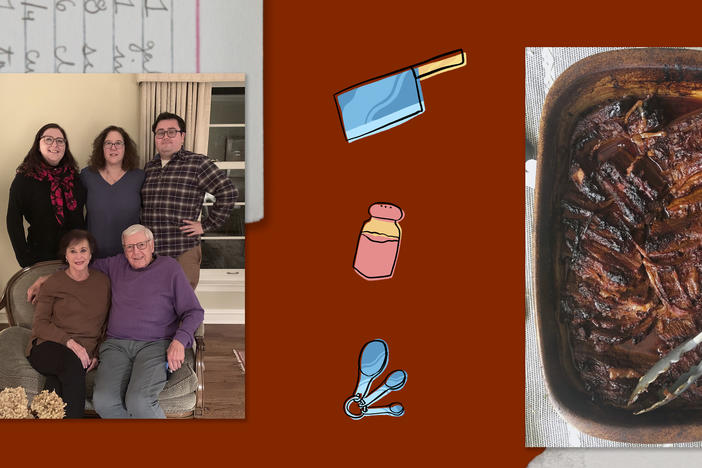 The one where friends offended seven Jewish grandmothers with their brisket

Instead of picking one brisket recipe for a Rosh Hashanah meal, these college roommates combined their grandmothers' recipes into one. It did not go exactly as planned. 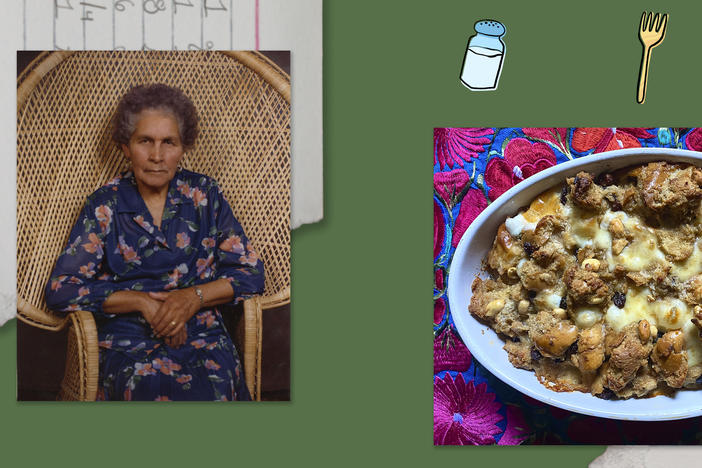 Sweet and savory capirotada was an expression of Grandmother Petra's love for her family, especially at Christmastime. She never wrote it down, so her grandchild had to re-create it from memory. 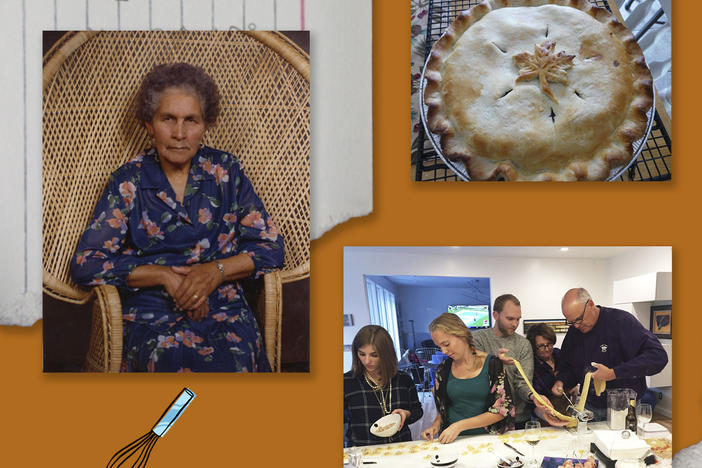 Recipes for sweet and savory bread pudding, brisket, a French Canadian pork pie and homemade pasta accompany stories both heartwarming and hilarious from the NPR audience.