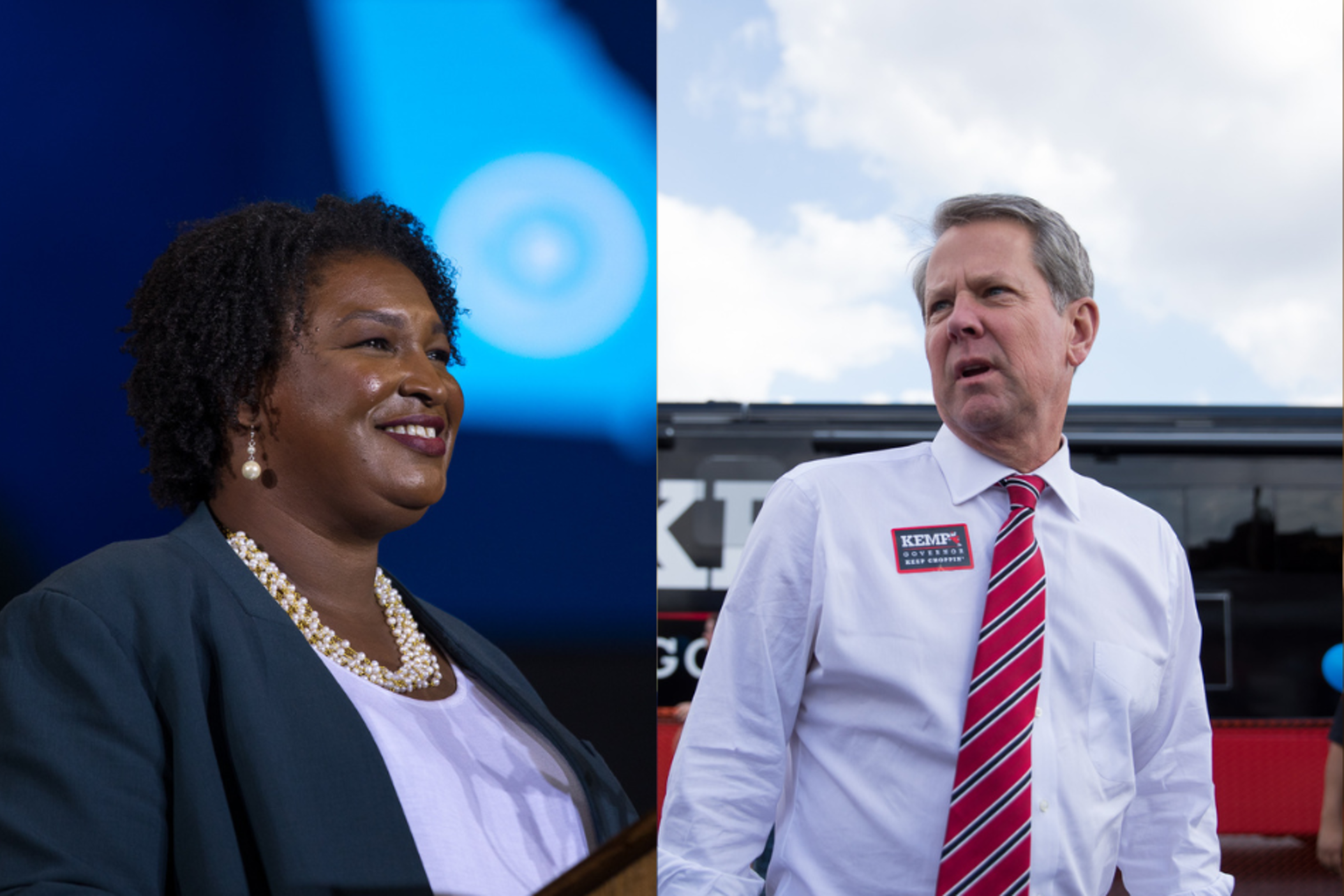 Millions of Georgians have already cast ballots in a gubernatorial rematch four years in the making between Republican Incumbent Gov. Brian Kemp and Democrat Stacey Abrams.

Both candidates hit the campaign trail running in the final stretch before Election Day to rally their base in hopes of avoiding a four-week runoff.

In 2018, Kemp narrowly beat Abrams by about 55,000 votes, but a diversifying electorate and increasingly close statewide margins have upped the stakes four years later.

While Kemp’s campaign four years ago hinged on hyper-conservative rhetoric and an endorsement by former President Donald Trump, this time around his bid looks much different.

The Republican has stayed focused on touting his record in office — specifically Georgia’s economic success after he decided not to shutter businesses during the height of the COVID-19 pandemic.

“As a small business owner for 35 years, I understood the pain they were feeling,” he told a crowd of supporters on Tuesday. “Georgians are not going to sit in their basement and lose everything they got because of a virus. And we gave them the opportunity to make a decision to go back to work.” 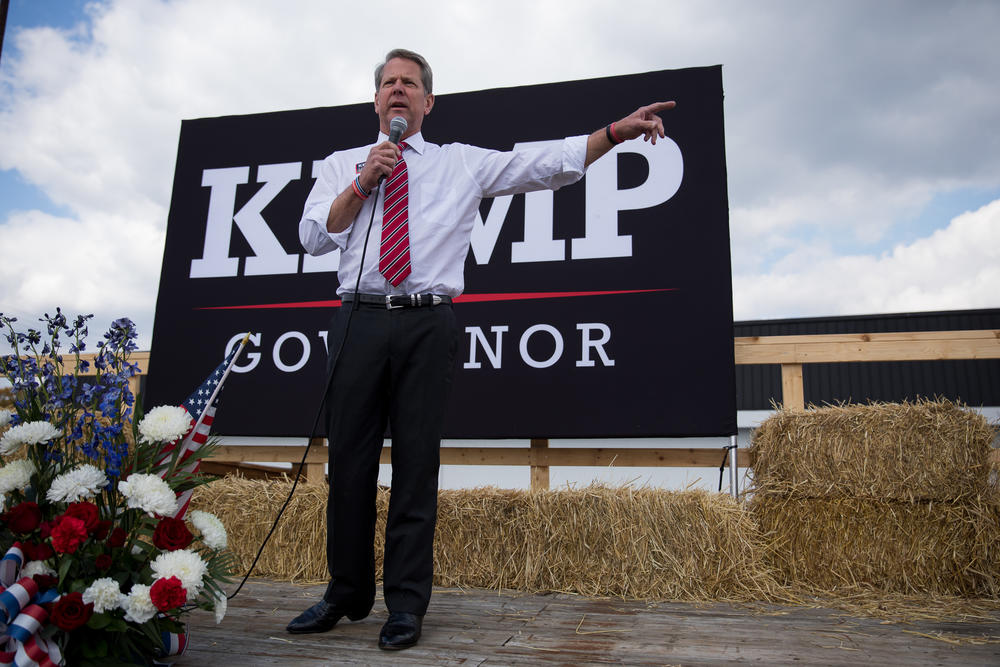 Despite falling out of favor with Trump after refusing the former president’s requests to overturn Georgia’s 2020 presidential election results, Kemp spent the past legislative session pushing far-right policies around guns and elections to curry favor with conservative voters.

Kemp easily defeated his main primary rival, Trump-backed former U.S. Sen. David Perdue and has since managed to avoid mentioning Trump on the campaign trail at all.

The Republican has made an effort in his campaign messaging to tie his Democratic opponent closely to President Joe Biden, whose approval ratings have remained low as inflation has remained high.

Polls have consistently shown Kemp leading Abrams — although margins vary. But Kemp has urged supporters in the final weeks before Election Day not to get complacent.

But Abrams' message has remained largely unchanged after four years.

She launched her 2022 bid in front of the shuttered doors of the Southwest Regional Medical Center in Cuthbert, advocating that Medicaid expansion could have saved some of the state’s rural hospitals that closed.

She echoed the same message in the final stretch up to Election Day, but in a very different place. Underneath the shadow of construction crews dismantling the Wellstar Atlanta Medical Center sign that abruptly closed, Abrams said the state’s broken health care system touches every Georgian — both urban and rural.

“As long as this was a remote rural issue, I believe people thought it wouldn't happen to us, it wouldn't touch us,” she said. 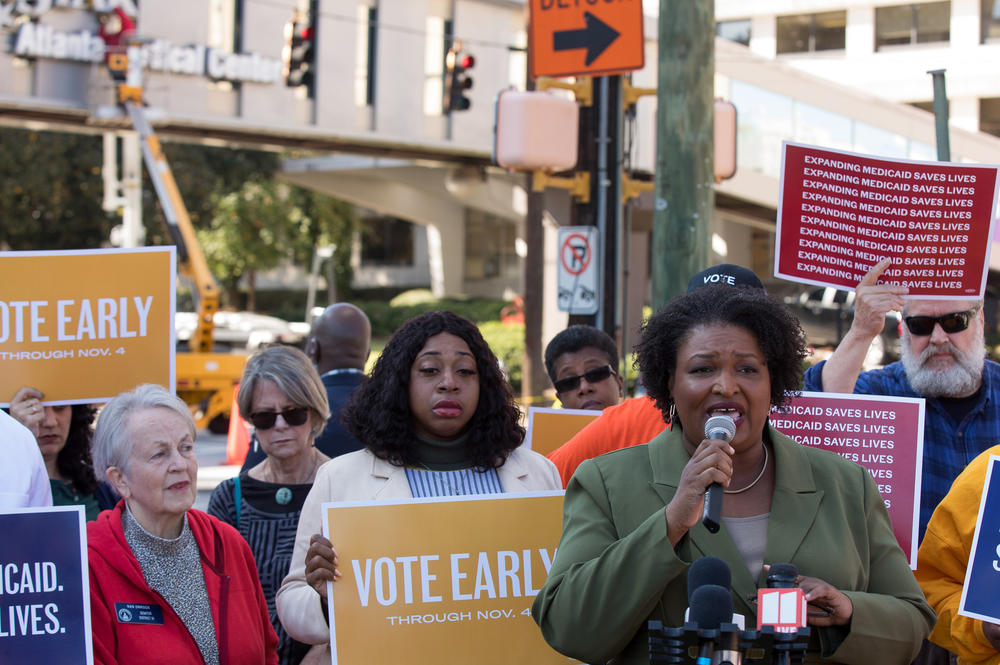 Democratic candidate for governor Stacey Abrams speaks at a rally in front of the closed Wellstar Atlanta Medical Center facility on Nov. 1.

The Democrat has focused on issues like Medicaid expansion, the state’s strict abortion law and a plan to spend Georgia’s surplus funds to bolster services on the campaign trail of her second campaign for governor.

Despite multiple polls showing her trailing behind Kemp, many of the same polls show voters largely support her policy positions on abortion, guns and state spending.

Georgia’s elected leaders are sitting on a $6.6 billion surplus in funds which the state’s next governor and lawmakers could use at their discretion.

While Kemp has advocated for a sweeping tax refund, Abrams has called the moment a “once-in-a-generation” opportunity to invest in state services.

Abrams is up against four years of her Republican opponent’s record in office — one that also includes signing the state’s strict abortion ban that outlaws most abortion-related care at around six weeks of pregnancy.

The Supreme Court’s decision to overturn Roe v. Wade — which paved the way for Georgia’s 2019 law to take effect — provided a jolt of enthusiasm for Democrats who struggled to keep up statewide momentum after 2020.

Abrams and her statewide slate are banking on anger over the abortion law to rally their base and motivate infrequent voters to cast ballots.

At Schoolhouse Brewing in Marietta just seven days out from Election Day, Abrams slammed Kemp’s answer to a question during the WSB-TV Channel 2 debate where he refused to say whether or not he would sign additional abortion restrictions.

Abrams’ campaign has featured high-profile surrogates from former President Barack Obama and U.S. Sen. Jon Ossoff to Oprah Winfery and Lin-Manuel Miranda in the final weeks leading up to Nov. 8.

Kemp and Abrams have raised nearly four times the amount of money as their 2018 face-off — nearly $187 million between their campaigns and leadership committees recently allowed under a new state law. 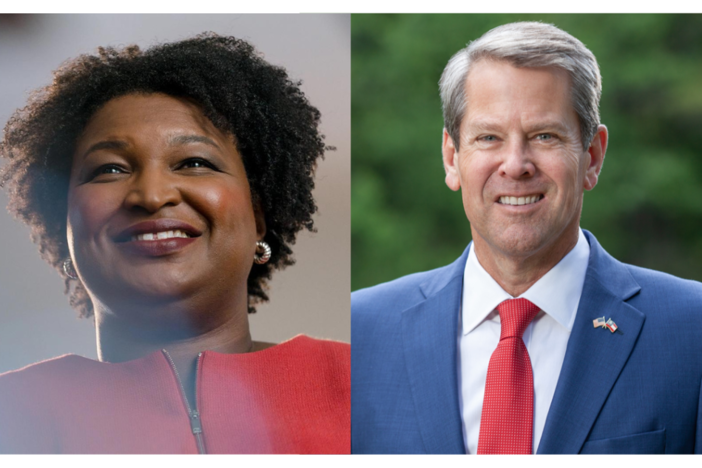