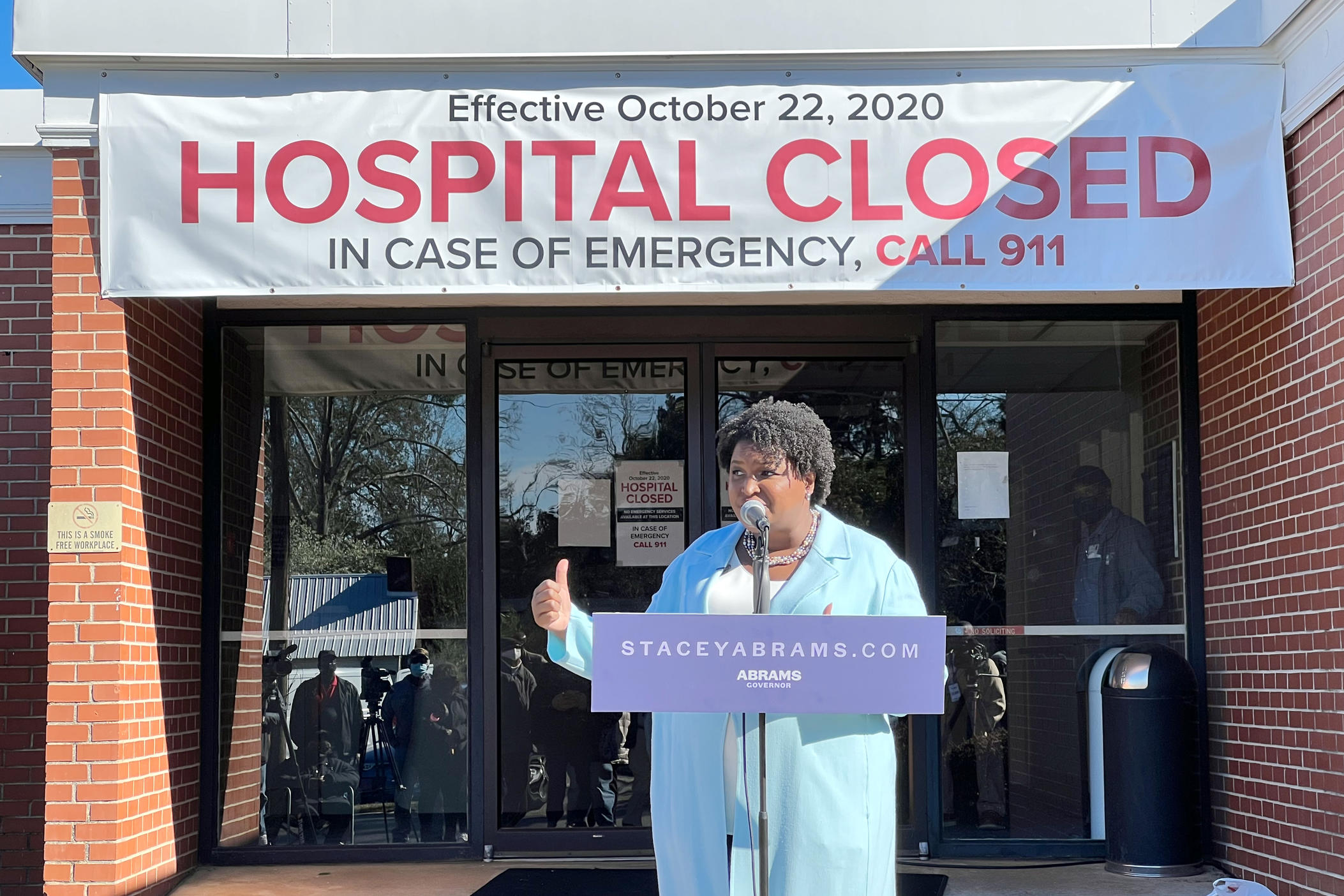 Standing in front of a shuttered hospital in rural Randolph County, Democrat Stacey Abrams kicked off her second campaign for Governor by renewing her call for full Medicaid expansion in Georgia.

"Georgia is one of only a few states that have seen hospitals closed during COVID, despite the money that's available from the federal government," she said Monday. "And I think when you finally have a governor who makes it safe to say yes, we will have the votes we need on both sides of the aisle to pass Medicaid expansion as our first mission in the state of Georgia."

After narrowly losing the 2018 election to Gov. Brian Kemp, the former state House Minority Leader is making several stops on a "One Georgia" tour in places including Atlanta, Midway and Warner Robins this week.

In Cuthbert, Abrams said that Georgia was leaving money on the table and harming Georgians' access to health care by failing to fully expand Medicaid.

"The federal government says 'Here's money that we're going to match with you to help people in your state,' but they give each state the authority to decide who qualifies," she said. "And sadly, Georgia is one of the meanest states in the country when it comes to who qualifies."

Rhonda Jones Johnson, a registered nurse who used to work at the hospital, which closed in October 2020, said the loss “became like a sudden death” and detriment to the community.

"Back in November, my aunt — our aunt — died at home waiting on the ambulance," Jones said. "We had only one ambulance in the county. No emergency care, no hospital open. If only we had a hospital open here in Randolph County, I truly believe that her life could have been saved."

Abrams also shared a personal story about health care to bolster her case for increased access. After her father had a recent surgery, he developed sepsis, but he was quickly taken to a hospital after a call with a family doctor.

"But you see, this conversation in our family took about two hours," she said. "If he'd lived here in Cuthbert, I don't know that my father would still be with us. And in the state of Georgia, we should not have differences of outcome because of differences in ZIP code."

After qualifying week, Abrams is the only Democrat on the ballot and will likely face Gov. Brian Kemp in a rematch. Kemp is facing a Trump-backed primary challenger in former U.S. Sen. David Perdue.