Sen. Raphael Warnock and Republican challenger Herschel Walker will share the stage at least once before the election. GPB's Stephen Fowler reports on the latest update with debates. 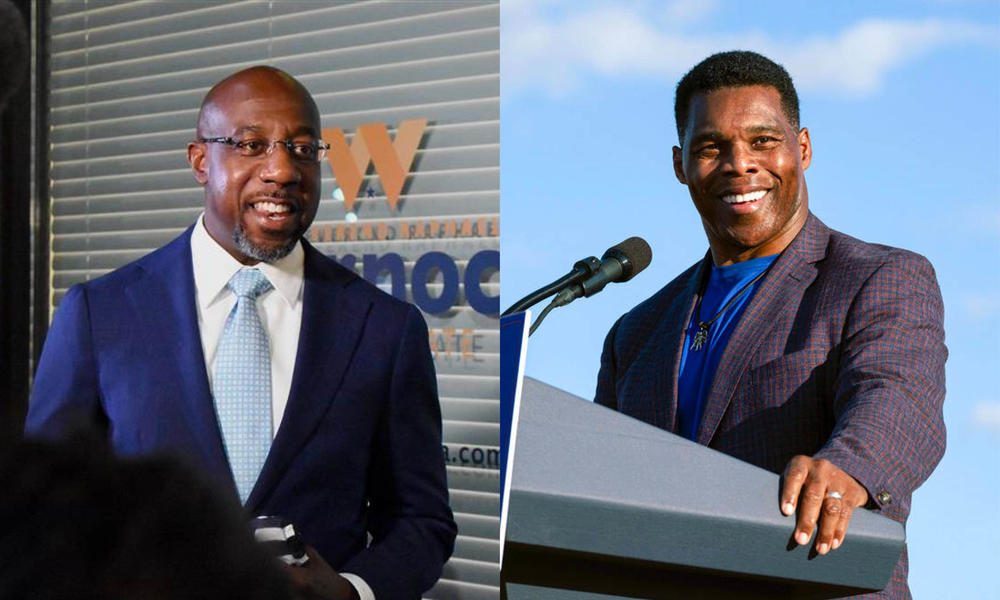 Sen. Raphael Warnock and his Republican challenger Herschel Walker have agreed to an Oct. 14 debate in Savannah.

The controversial debate about debates in Georgia's nationally watched U.S. Senate race is over — for now — with both Sen. Raphael Warnock and Republican Herschel Walker agreeing to share the stage in Savannah.

Months after Warnock announced he would participate in three debates in Atlanta, Macon and Savannah — and weeks after Walker countered with a fourth option — the pair have both pledged to participate in an Oct. 14 debate sponsored by Nexstar Media-owned WSAV-TV, which will be broadcast on several stations across Georgia and is expected to feature a live audience.

Warnock initially said he would accept Walker's Savannah debate proposal if the GOP challenger would commit to either the Atlanta Press Club debate or a debate organized by several Macon-based newsrooms, and if Walker would agree to not receive topics ahead of time like the Nexstar network proposal included.

But Tuesday night, the incumbent senator's campaign said Warnock would appear in Savannah to face Walker, though it pressured the former University of Georgia football star to accept one of the other debates he has publicly declined.

“Someone had to put an end to Herschel Walker’s games, and today Reverend Warnock showed again why he is the best person for the job, agreeing to Walker’s preferred debate so Georgians would have at least one opportunity to see the clear choice they have in this election,” said Quentin Fulks, Warnock's campaign manager. “Reverend Warnock is eager to speak to Georgians about his work on their behalf and remains hopeful Herschel Walker will do right by Georgians, get on a debate stage at least one other time in either Macon or Atlanta, and explain his positions to them. If Herschel Walker can’t do that, he isn’t ready for the job of U.S. senator.”

In a statement Tuesday night, Walker said he was "glad to see that Raphael Warnock has agreed to face the voters," despite Warnock agreeing to debate months before Walker responded.

"I'm looking forward to it; I'll see you there," Walker said Wednesday in a video on Twitter. "Now you get a chance to tell us why you voted with Joe Biden 96% of the time. God bless."

There is no indication yet that Walker will participate in the Thursday, Oct. 13 Macon debate or the Sunday, Oct. 16 Atlanta Press Club debate. Chase Oliver, the Libertarian candidate on the ballot for the Senate race, is participating in the Atlanta and Macon debates but said he was not invited to this Savannah debate.

In Arizona, Democrat Katie Hobbs has declined to debate Trump-backed Republican Kari Lake, with Hobbs' campaign arguing "you can’t debate a conspiracy theorist." In Pennsylvania, Republican Mehmet Oz and Democrat John Fetterman have been unable to agree on a date and time to debate, with Oz blasting Fetterman's recent stroke as a reason for the tussle over timing.

Both Warnock and Walker face high risk and high rewards by debating in what is expected to be one of the closest Senate races in the country, and one that could once again decide control of the chamber.

Not debating in the primary did little to stop Walker from trouncing his Republican opponents, but a general election facing all Georgia voters could be a different story. When former Sen. David Perdue declined to debate Democrat Jon Ossoff before the Jan. 2021 runoffs, the final days of the campaign were dominated by images of an empty lectern and sound bites from Ossoff attacking Perdue for not showing up.

Walker is also largely untested as a candidate and public speaker, and his campaign so far has been dogged by frequent verbal missteps discussing policy, like bizarre statements on climate change and trees to arguing the late John Lewis would oppose a voting rights bill bearing his name. By sharing the stage with Warnock, it opens up the possibility that Walker could utter more gaffes and highlight criticism from members of both parties that he is not equipped to handle being a Senator.

But simply appearing on the debate stage is more than what many politics watchers expected of Walker, and even a tepid debate performance could assuage some fears about his campaign, and could reiterate his message and celebrity status just two days before in-person early voting begins. And Warnock is one of the most vulnerable Senators on the ballot this November, as national and local Republicans have sought to blame him for a lackluster national economy and higher inflation numbers. As President Joe Biden's popularity has lagged in the state, Walker and other Republicans say Warnock has voted for unpopular proposals and is responsible for many issues in the country.

Warnock's campaign will have two other debates in the closing hours before early voting where Walker is slated to be represented by an empty lectern, and will likely use those debates to tout his bipartisan record in Congress so far and highlight legislation he has supported to lower health care costs. Declining to share a stage with Walker could have been part of a strategy to avoid Walker's attacks on issues like inflation, crime and other GOP priorities heading into the midterms. But the senator's campaign is banking on the head to head matchup as an opportunity to create a contrast between the two candidates while also highlighting Walker's vulnerabilities, including reporting that has uncovered a string of falsehoods about Walker's personal backstory and professional exploits, as a way to illustrate that the longtime Texas resident is unqualified for office.