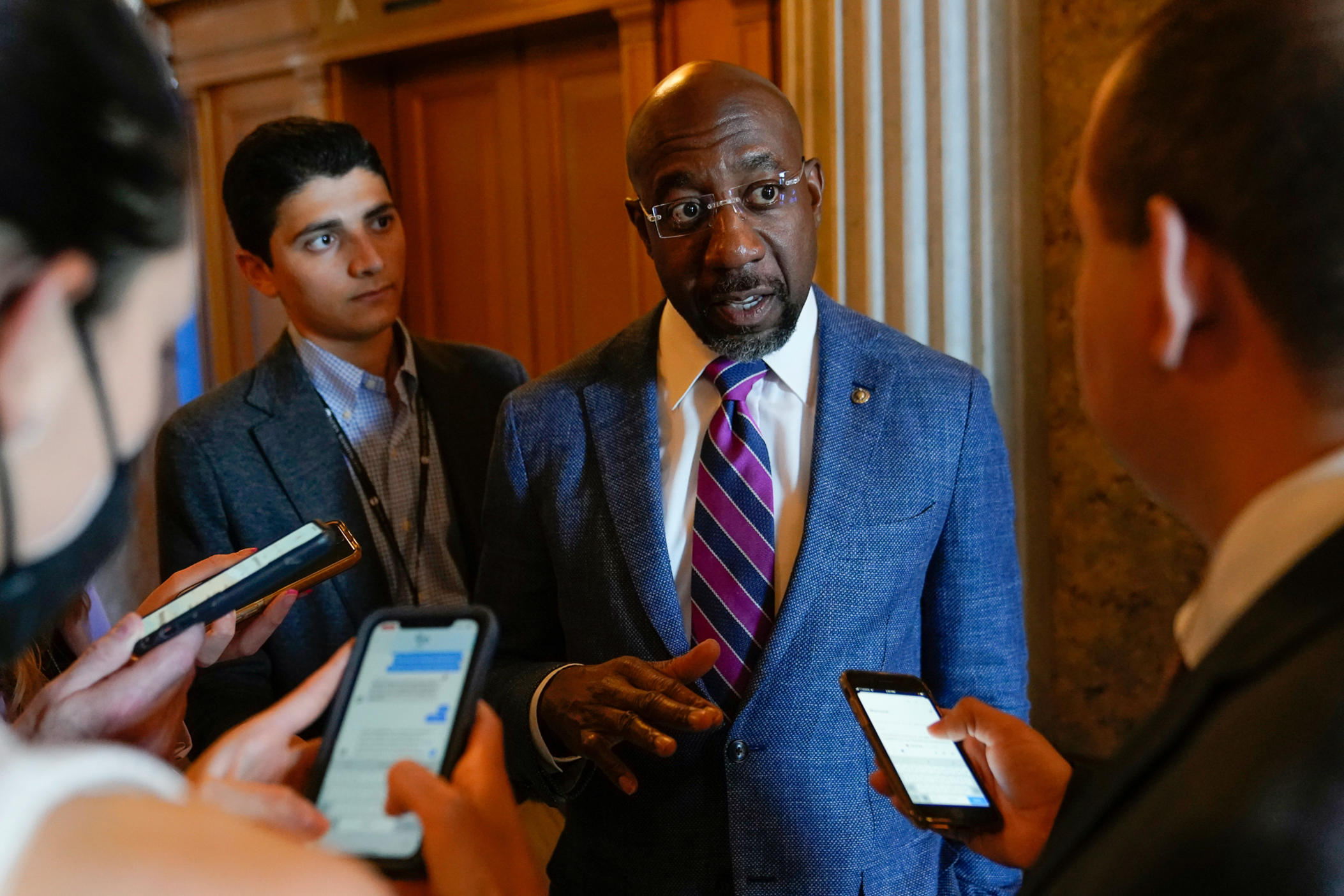 Senate Democrats from across the country are cheering the passage of a massive spending bill that puts billions toward fighting climate change and aims to crack down on prescription drug prices.

Included in what is called the “Inflation Reduction Act,” are multiple provisions pushed by Georgia's U.S. Sens. Jon Ossoff and Raphael Warnock.

Warnock, up for reelection in November, led extensive lobbying to include multiple prescription drug initiatives aimed at easing the burden on Americans who struggle to afford high prices for necessary medications.

The first-term senator had two of his proposals included: one that caps prescription drug costs for seniors on Medicare at $2,000 a year and another that caps costs of insulin at $35 per month for individuals on Medicare.

The bill also allows Medicare to negotiate some drug prices starting in 2026 and extends Affordable Care Act subsidies — which were enacted during the pandemic — through 2025.

“From saving seniors money by allowing Medicare to directly negotiate drug prices, to expanding vital health care subsidies, to greening the economy, this legislation will make a lasting impact on Georgians’ lives,” Warnock said in a statement after the final vote.

Also included was a provision pushed by Ossoff to boost solar manufacturing.

The Senate passed the massive 755-page bill through budget reconciliation — a process that requires all 50 Democratic members of the chamber and a tie-breaking vote by Vice President Kamala Harris.

The historic legislation that’s been in the works since last year is one example of how Georgia voters, who sent two Democratic senators to Congress, gave the party the ability to get policy priorities across the finish line.

The bill passed out of the Senate over the weekend after nearly 15 hours of amendments that made last-minute changes to the extensively negotiated package.

But two key proposals by Warnock did not make the final cut: a $35 cap on out-of-pocket costs of insulin for individuals on private insurance and a federal workaround for Medicaid coverage in states, like Georgia, that have chosen not to expand the program fully under the Affordable Care Act.

GOP lawmakers successfully blocked the plan to lower insulin costs in the private market — one of the few changes they were able to make to the omnibus legislation.

More than 1 million Georgians rely on insulin to survive. Efforts to cap costs have become a top campaign priority for Democrats who face tough races in the November election including Warnock, U.S. Rep. Lucy McBath and even gubernatorial candidate Stacey Abrams.

Ahead of the marathon vote over the weekend, Warnock told GPB News that the proposal had become a “victim of politics” — Republicans likely eager to block the vulnerable incumbent from a legislative victory.

“Medicare will be able to negotiate the price of prescription drugs, something that the VA has been doing for 30 years, which will help the pocketbooks of our seniors,” he said during an interview. “We will deal with the climate threat, I  think in a significant way. All the while reducing the deficit.”

The massive bill comes at a nearly $370 billion cost which is covered by a 15% minimum corporate tax, increase in IRS enforcement of tax evasion and 1% excises tax on stock buybacks.

Republicans have slammed the legislation overall, arguing that the government spending would hike inflation, not reduce it.

The bill now heads to the U.S. House where it is expected to pass easily with minimal to no changes. 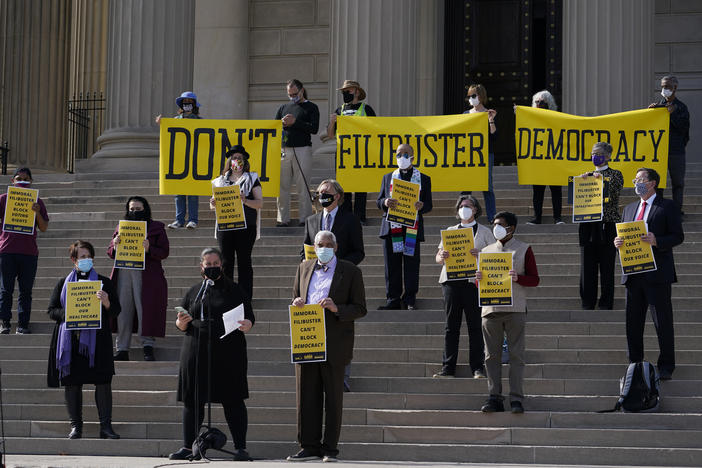 Political Rewind: In Deadlocked Senate, Some Question If It Is Time To End The Filibuster

Tuesday on Political Rewind: The Senate remains a stumbling block for efforts by President Joe Biden to pass the bills in his ambitious agenda. Many frustrated Democrats are raising once again the long-standing question of whether it’s time to end the rules that allow a minority in the Senate to thwart the majority’s will through the use of the filibuster.