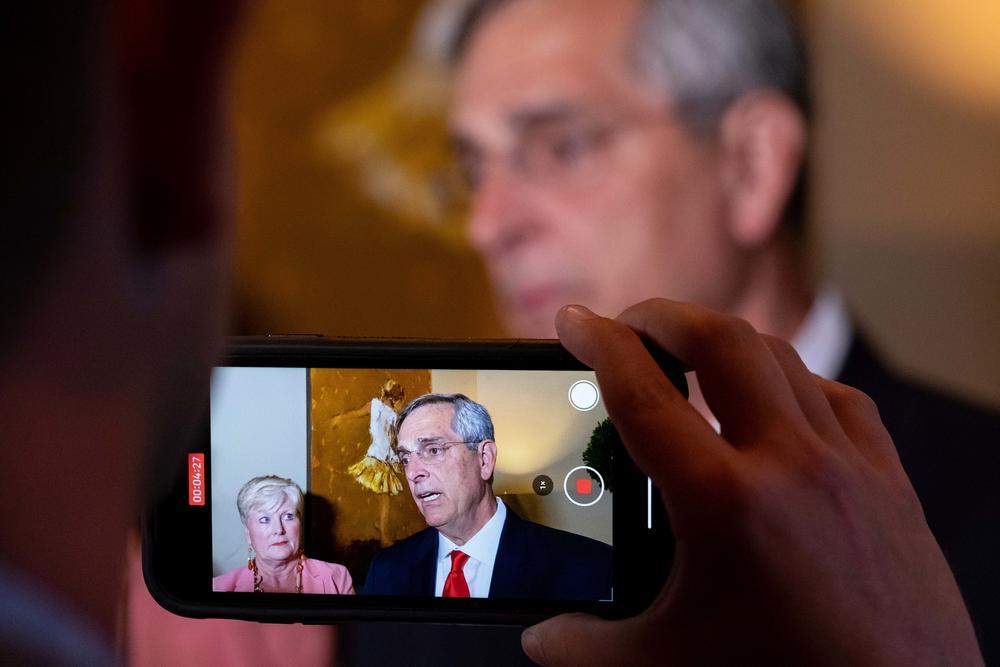 Incumbent Georgia Secretary of State Brad Raffensperger talks with journalists as he arrives for an election night party Tuesday evening, May 24, 2022, in Peachtree Corners, Ga. Raffensperger testified June 2 before a special grand jury in Atlanta.

1. Georgia voters head to the polls to finalize the ballots for November.

Adam Van Brimmer weighs in on the congressional race in the 1st District.

2. Secretary of State Brad Raffensperger to testify in front of January 6th committee.