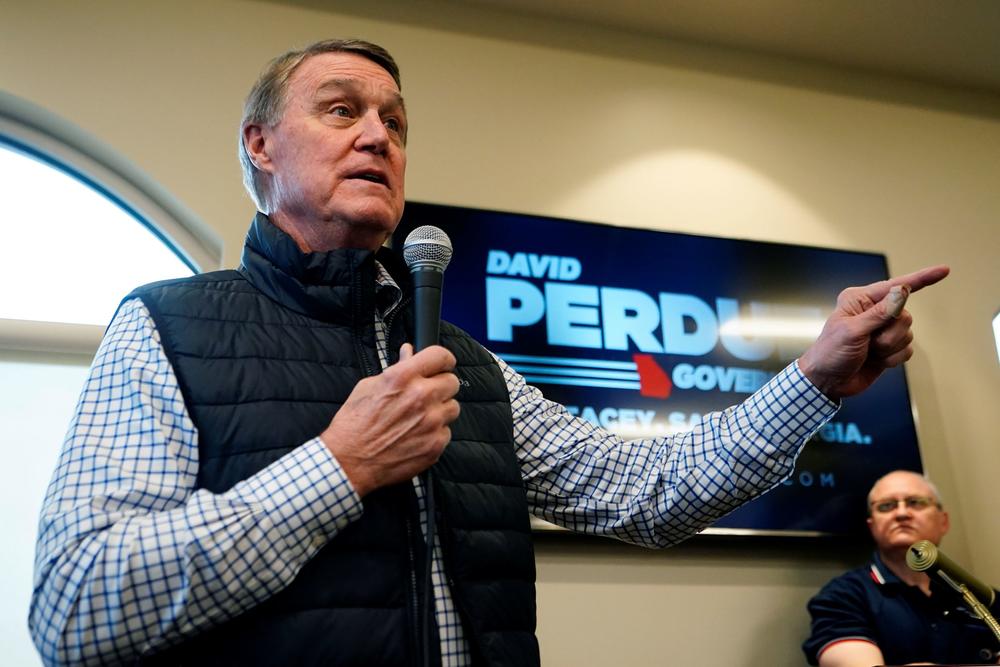 Republican candidate for Georgia governor former Sen. David Perdue arrives to speak at a campaign stop at the Covington airport on Feb. 2, 2022, in Covington, Ga.

1. Donald Trump gives money to a midterm race for the first time.

2. New study attempts to weigh an endorsement from Donald Trump.

State Sen. Jackson said there is still long way to go on the campaign trail.

3. How will the legislation from the recent session of the General Assembly affect the May primary?

State Rep. Efstration highlighted the legislature backed by the governor that was passed during the recent session.

An interfaith panel as followers of several of the world's largest religions observe Good Friday, Passover and Ramadan.