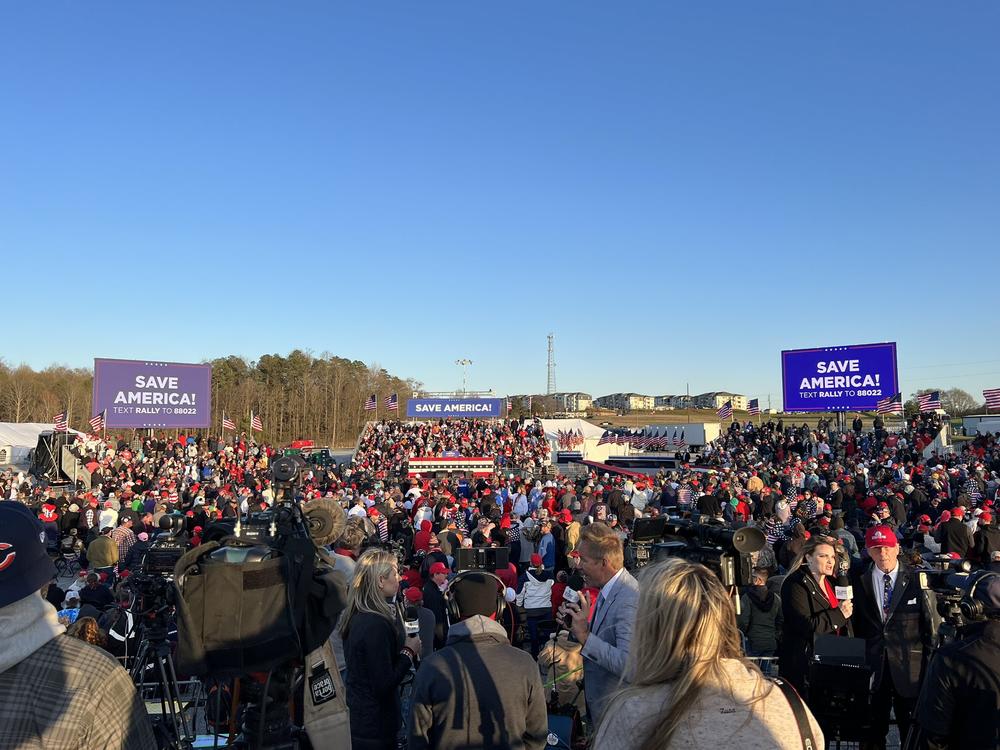 Former President Donald Trump holds a rally in Commerce, Ga., on March 26, 2022. Trump visited Georgia in support of his chosen slate of candidates running against a number of incumbent Republicans.

Ken Foskett — Chair of the Atlanta Press Club Board of Directors

1. Former President Donald Trump returned to Georgia for a rally over the weekend.

Donald Trump continues to attack Gov. Brian Kemp with the false claim that the 2020 presidential election was stolen.

2.  The state Senate passes a bill to give teachers a boost, but more "culture wars" bills focus on schools.

Ken Foskett, chair of the Atlanta Press Club Board of Directors, comments on Ginni Thomas.