Terry Teachout once worked as a bank teller in Kansas City, and I think he used to enjoy dropping that fact into conversation with theater folks. It was a way to say, I am a theater critic, but really, I'm the audience. I still think Jell-O salads are vegetables, Terry told me once as, in fact, we ate veggie burgers before a play. Terry Teachout died this week at the age of 65. He was theater critic for The Wall Street Journal, a playwright in his own right, who wrote "Satchmo at the Waldorf" on Louis Armstrong, and an accomplished biographer of Armstrong, George Balanchine, Duke Ellington and H.L. Mencken.

Terry and I became friends out of our shared love of musicals, especially Sondheim, Thornton Wilder, jazz, the Midwest, and I guess because we both chronicled the loss of loved ones. Terry's wife, Hilary, whom he wrote about in his theater blog and tweets as Mrs. T, died in March of 2020 at the age of 49, shortly after she received a bilateral lung transplant for which she had waited and hoped for years.

Loss is the price of love, Terry wrote after her death. I was lucky beyond belief to have her for far longer than her doctors foresaw. And in a blog post, he recalled a phrase from Wilder's "Our Town" to say, for those of us still on Earth, straining to make something of ourselves, it seems there is no weaning away from the people we love and lose. They are always there, dissolved into the completeness of eternity, waiting patiently and, I suspect, indifferently for the little resurrection that is memory.

As a critic, Terry was more admiring than acerbic. He laughed out loud in previews where critics were supposed to be inscrutable and would often write me after he saw a production. Could just as easily be in Oregon as off Broadway to say, you've got to go. They're amazing each night in front of just 50 people. He used social media to be kind and make friends. Terry believed that truly great works didn't squish you in the face with speeches and polemics but let an audience wander, discover, breathe and live in each other's skins for a while. A masterpiece doesn't push you around, Terry Teachout wrote. It lets you make up your own mind about what it means and change it as often as you like.

(SOUNDBITE OF SONG, "NOT A DAY GOES BY")

UNIDENTIFIED SINGER: (Singing) And it looks like you'll stay as the days go by. Transcript provided by NPR, Copyright NPR.

A previous online version and the broadcast version of this essay incorrectly stated that Hilary Teachout died at the age of 49. She was 64 when she died. 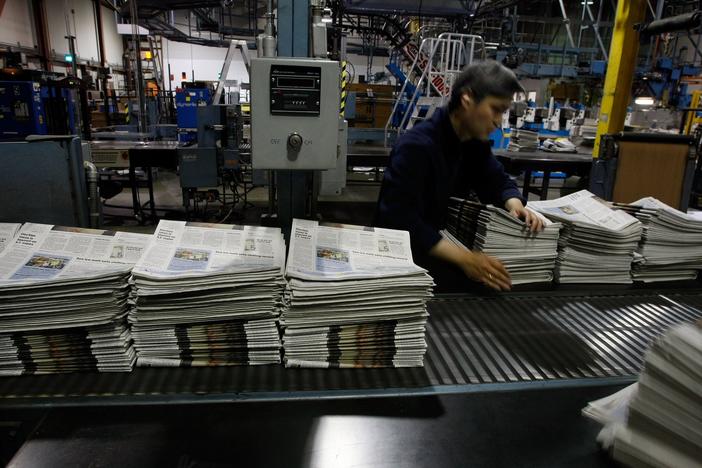 NPR's Scott Simon laments newspaper paywalls and wishes there was an easier, cost-effective way to read a lot of newspapers online without needing so many subscriptions. 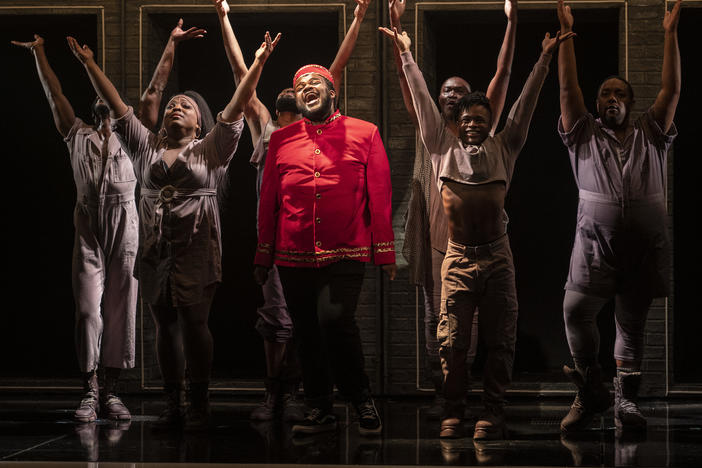 A Pulitzer winner at the worst possible time, 'A Strange Loop' is Broadway-bound

Michael R. Jackson put 20 years into polishing his audacious, autobiographical musical, and then theaters went dark. Now, 'A Strange Loop' is building buzz on its way to New York City. 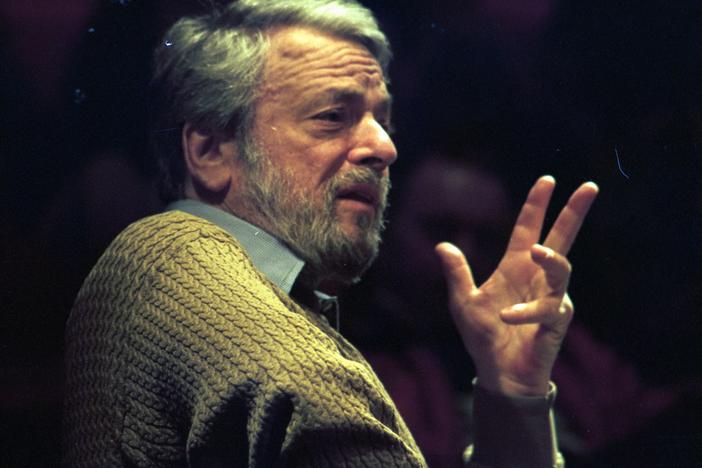 Opinion: In Sondheim's essential lyrics, a soundtrack for life

NPR's Scott Simon reflects on the life and legacy of Stephen Sondheim, the venerated composer and lyricist who died Friday at the age of 91.