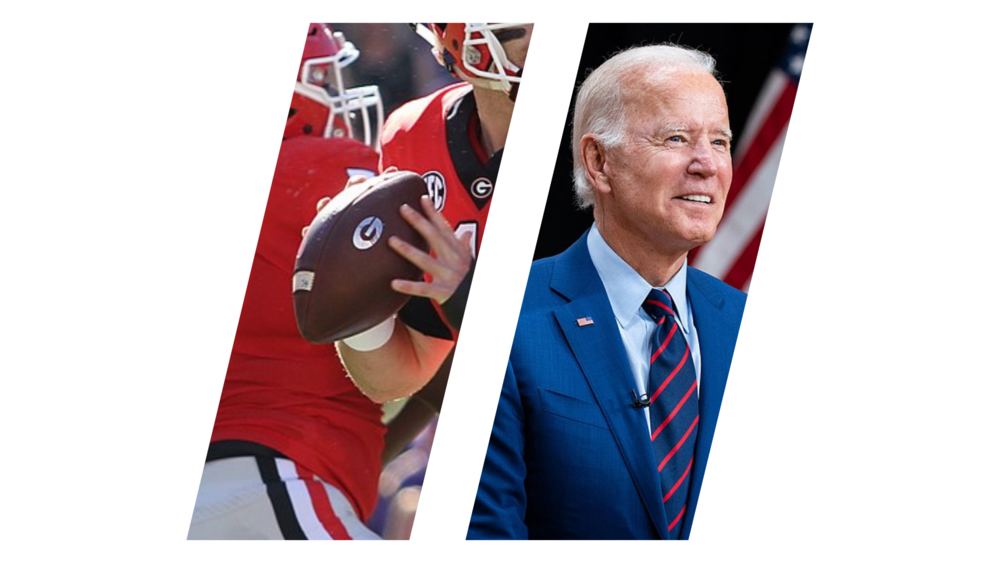 Credit: Photo of Biden courtesy of The White House via Wikimedia Commons, Photo of football game via Tammy Anthony Baker

1. 'Dawgs on top' is the rallying cry this morning across Georgia.

2. But bigger news might come out of a visit from President Joe Biden and Vice President Kamala Harris to Atlanta

Tamar Hallerman weighs in on the critics of the Biden administration, as they plan to visit Atlanta.

Hardie Davis Jr. talks about how constitutional carry could have different effects on communities of color.