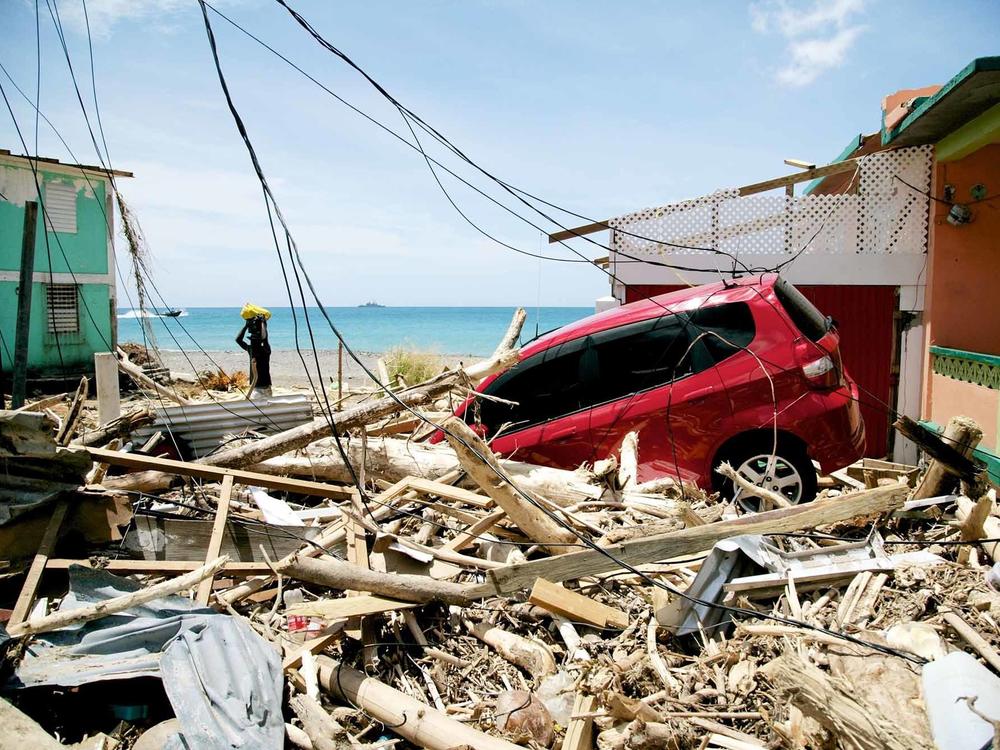 In 2017, Hurricane Maria damaged 90% of the housing stock on the Caribbean island of Dominica. The country was still recovering from two extreme storms over the previous two years.

Barbados Prime Minister Mia Mottley wants richer countries to stop throwing garbage in her yard and then telling her to clean it up.

The garbage, in this case, is greenhouse gas emissions that fuel more extreme storms and hurricanes, causing widespread destruction which can cost billions of dollars. At the Glasgow climate negotiations, Mottley is leading a push for richer countries to compensate poorer ones for the "loss and damage" caused by climate change.

Their argument is this: developed countries, like the U.S and those in the European Union, are responsible for most of the heat-trapping emissions pumped into the atmosphere since the Industrial Revolution. Developing countries have lower emissions, but are still bearing the brunt of a hotter climate through more severe heat waves, floods and droughts.

"It is unjust and it is immoral," Mottley said at the summit. "It is wrong."

To help compensate for that, developing countries are asking richer ones to contribute to a loss and damage fund. The money could offer payment for things that are irrevocably lost, like lives or the extinction of species. It could also help countries with the cost of rebuilding after storms, replacing damaged crops, or relocating entire communities at risk.

While loss and damage was discussed at the Paris climate talks in 2015, progress has been slow. Industrialized countries have been reluctant to commit funding, concerned it could lead to being legally liable for the impacts of climate change. At this year's climate talks, developing countries say it's a crucial part of climate justice.

"Providing finance for loss and damage is the very least that wealthy countries can and should do," says Raeed Ali, a climate activist from Fiji and part of the Loss and Damage Youth Coalition. "But to do this, they will have to acknowledge that they are responsible for this. And I think that is something they are not willing to do."

Few resources to recover from disasters

For countries with where much of the population lives in poverty, extreme weather can be a devastating blow. Individuals have little savings to rebuild, while governments with few resources struggle to secure the millions of dollars needed to help communities recover.

"In Fiji, we are at the forefront of the climate crisis," Ali says. "So every single person knows about climate change because it's a daily reality for us."

Ali says while his grandparents only remember experiencing one category 5 cyclone in their lives, he's already seen three. And with rising sea levels threatening to make villages uninhabitable, a handful in Fiji have already been relocated, and more than 40 are slated to be moved, he said. 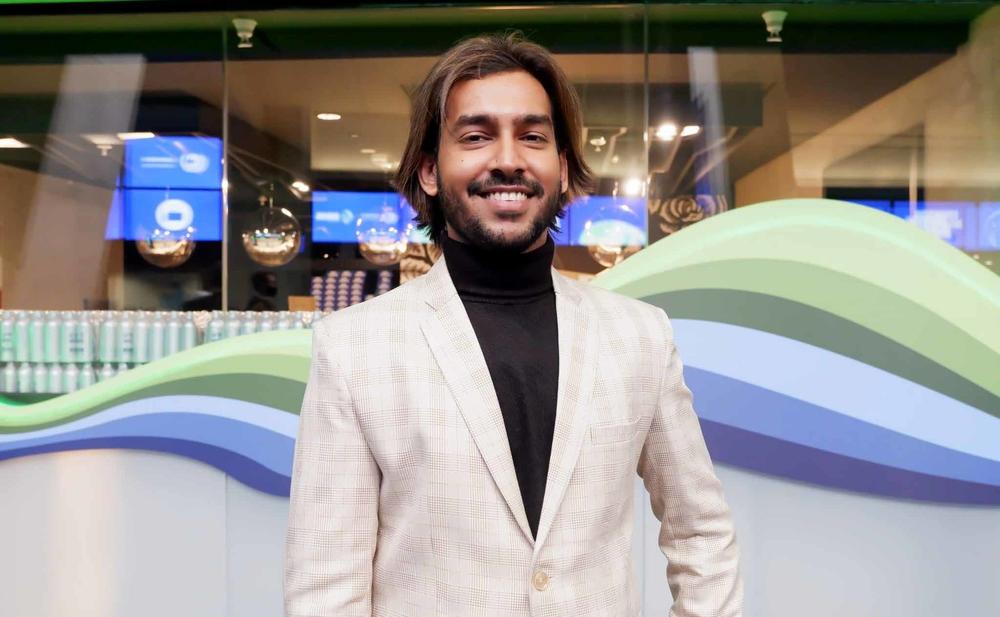 Climate activist Raeed Ali from Fiji, seen here at COP26, is pushing wealthier countries to compensate for climate change losses, like villages being relocated in his country due to rising seas.

Some countries are being hit by back-to-back disasters. In 2015, the Caribbean island nation of Dominica was hit by tropical storm Erika, causing more than $400 million in damage, equal to 90% of the country's gross domestic product. Two years later, Hurricane Maria slammed the island, damaging 90% of the country's housing stock.

In the Gambia in West Africa, where the majority of people in rural areas depend on agriculture, crop failures can be catastrophic. Because the country's main river flows into the ocean, rising sea levels are pushing saltwater farther and farther upriver, making it harder to get freshwater.

"It's really affecting the farming communities," says Isatou Camara, a climate negotiator for the Gambia in West Africa. "Because of sea level rise, we have saltwater intruding into our river which is affecting farm production, especially rice farming which is usually done along the riverside."

Developed countries have promised $100 billion per year in "climate finance" to help poorer nations reduce their emissions through things like renewable energy and sustainable agriculture. They've yet to fully deliver on that goal, since each country determines its own contribution.

But many developing countries say that funding doesn't help with the climate impacts they're already experiencing, which is why a separate loss and damage fund is needed. In 2020, natural disasters caused $210 billion in damage worldwide.

At the 2015 Paris climate summit, countries signed an agreement recognizing the need to address loss and damage. But developed countries pushed to include language that specified it did not "provide a basis for any liability." They feared that admitting responsibility for their share of heat-trapping pollution would expose them to paying developing nations every time a disaster hit.

"It's always something developed countries have been very cautious about exactly because they don't want it to be a precedent for international courts," Maria Antonia Tigre, a fellow at Columbia University's Sabin Center for Climate Change Law. "They really do want to avoid that responsibility because it can be endless."

Recent advances in climate change science have upped the pressure. While many climate studies examine long-term trends, researchers at the World Weather Attribution initiative study whether climate change has amplified an extreme weather event in the weeks or months after it hits.

Hurricane Harvey, which released a deluge of rain on Houston in 2017, was made 15% more intense by climate change, they found. This past summer, the severe heat wave in the Pacific Northwest that caused dozens of deaths was virtually impossible without the added boost of human-caused greenhouse gas emissions. 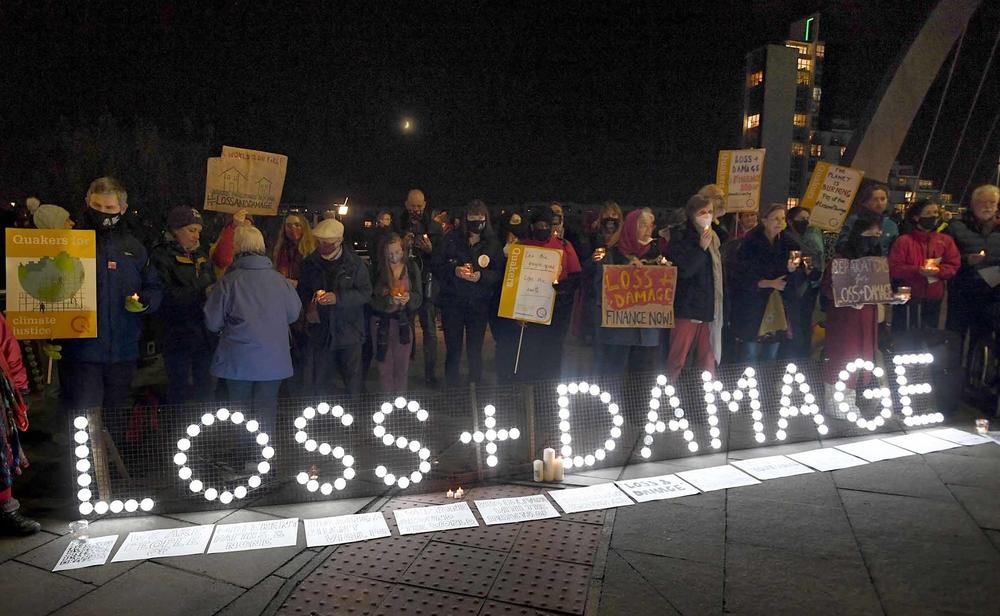 Protesters at the COP26 climate summit in Glasgow, Scotland are rallying for new funding specifically for loss and damage in vulnerable countries.

"The fact that we are able to pinpoint the climate fingerprint in specific things that hurt us today, I think, is a very important element in the current loss and damage conversation," says Maarten van Aalst, director of the Red Cross Red Crescent Climate Centre and a scientist with the World Weather Attribution initiative. "It has changed the conversation over the past years."

Van Aalst is quick to point out that assigning blame is a complex question. While a storm's destruction is caused by its strength, it also occurs if the buildings and homes aren't built to handle storms. Some communities aren't designed to endure the kinds of events that occurred even before the effects of climate change started to be felt.

Still, court cases are underway around the world to establish liability for climate change, either seeking damages from governments or fossil fuel companies.

"The uncertainty of science was one of the main arguments that was always used by states to avoid responsibility," says Tigre. "And that's a bridge that's now crossed."

No show of funding for loss and damage

At the Glasgow summit, Scotland announced a major milestone for addressing loss and damage needs. It offered 2 million pounds in funding, the first-of-its-kind.

"That is in the right direction," said Sonam Wangdi of Bhutan, who chairs a group of the 46 poorer countries at the talks. "It's going to be very clear that there should be separate funds for loss and damage, and it should not be mixed with all the other funds."

Still, other funding commitments haven't followed yet. While the U.S. has formally recognized the need to address loss and damage, a senior U.S. official says the country doesn't support creating a dedicated new fund.

Instead of waiting for voluntary offers, Barbados Prime Minister Mottley is proposing using 1% tax on sales revenues from fossil fuels, which she estimates could raise $70 billion per year. Some are simply hoping that countries invest in the United Nation's Santiago Network, which was set up in 2019 to handle loss and damage issues. But without enough staffing and funding, it exists mainly symbolically today.

Even if developed countries offer new support for a loss and damage fund, they could still be held liable for the impacts of climate change. At a press conference in Glasgow, the island nations of Tuvalu and Antigua and Barbuda announced they're forming a new commission to enable small island countries to seek compensation through international courts. 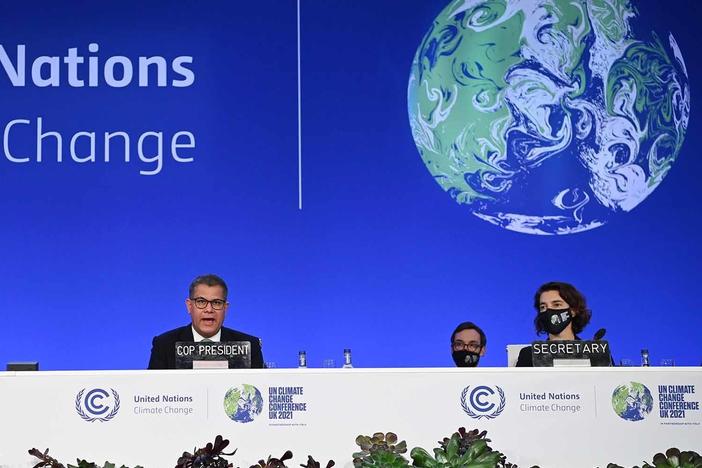 Here's what world leaders agreed to — and what they didn't — at the U.N. climate summit 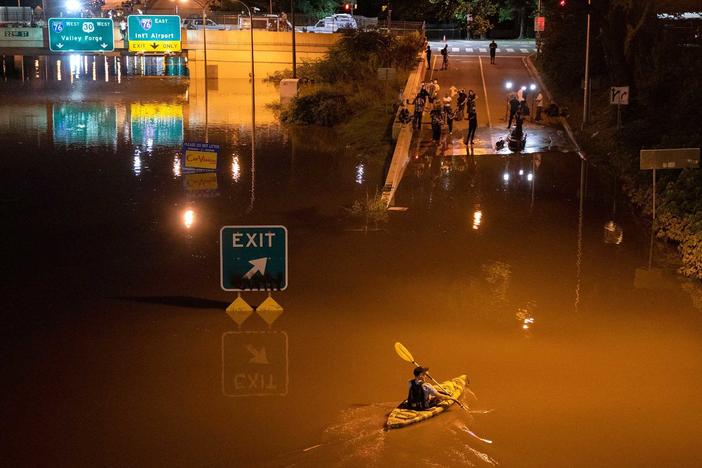 This is what the world looks like if we pass the crucial 1.5-degree climate threshold

Despite new pledges to cut emissions, the world is not on track to hit a key climate change target of limiting warming. Scientists warn a planet that heats up more than that will look very different. 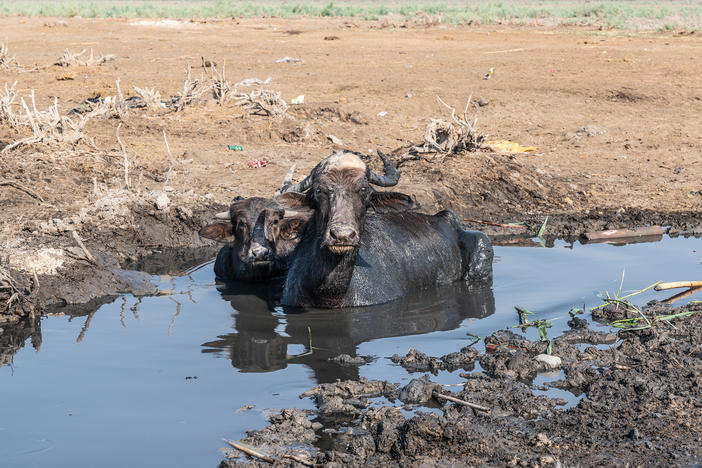 In Iraq's famed marshlands, climate change is upending a way of life

Drought and extreme heat that scientists link to climate change are altering the UNESCO-protected marshlands. Iraq's average annual temperatures are increasing at nearly double the rate of Earth's.