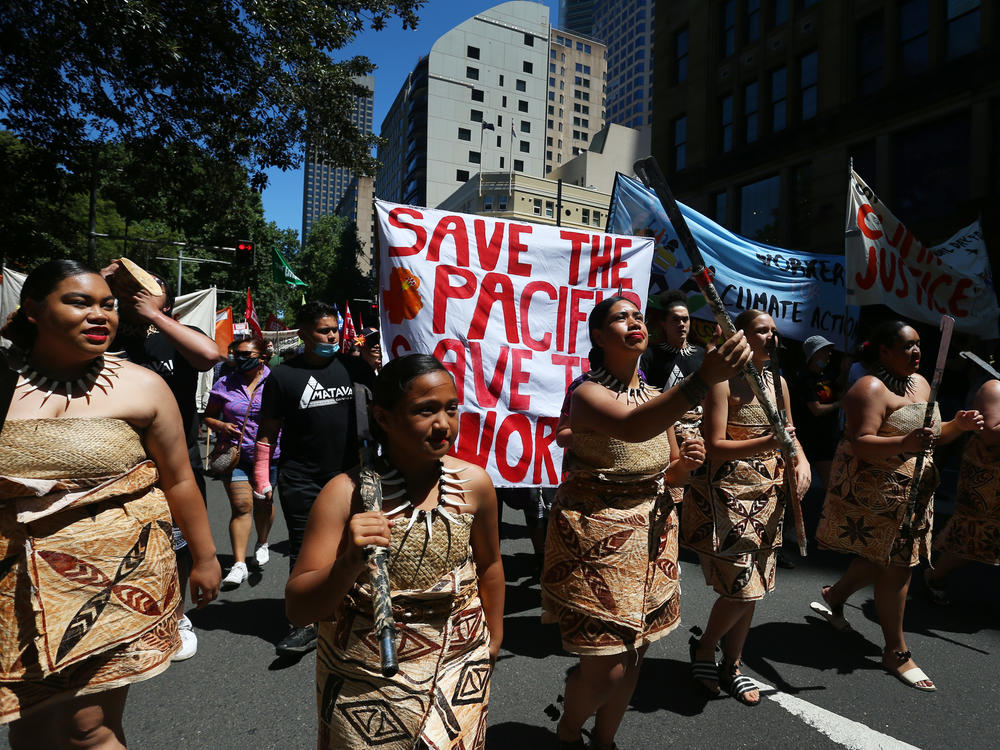 Climate activists march in Sydney during a COP26 protest on Saturday that was one of several demonstrations held around the world. / Getty Images

Thousands of people gathered in Glasgow, Scotland, and around the world on Saturday to protest a lack of global action to combat climate change.

"It's kind of a cornucopia of different groups," NPR's Frank Langfitt reported from Glasgow, the site of the COP26 climate conference. "You have farmers, trade unionists, climate activists, even Scottish independence advocates. A wide-ranging coalition of people coming together for what they consider a common cause."

Among those coming together for change were Indigenous activists and young people from Brazil and Ecuador, as seen in photos shared via Twitter. Many young people from the global south were in Glasgow on Saturday. Despite low emissions from those areas, they are among those hit hardest by the effects of climate change, Langfitt noted.

Glasgow is the host city of the United Nations COP26 summit, which started Oct. 31. The gathering has drawn more than 100 world leaders for talks that are slated to last for another week. 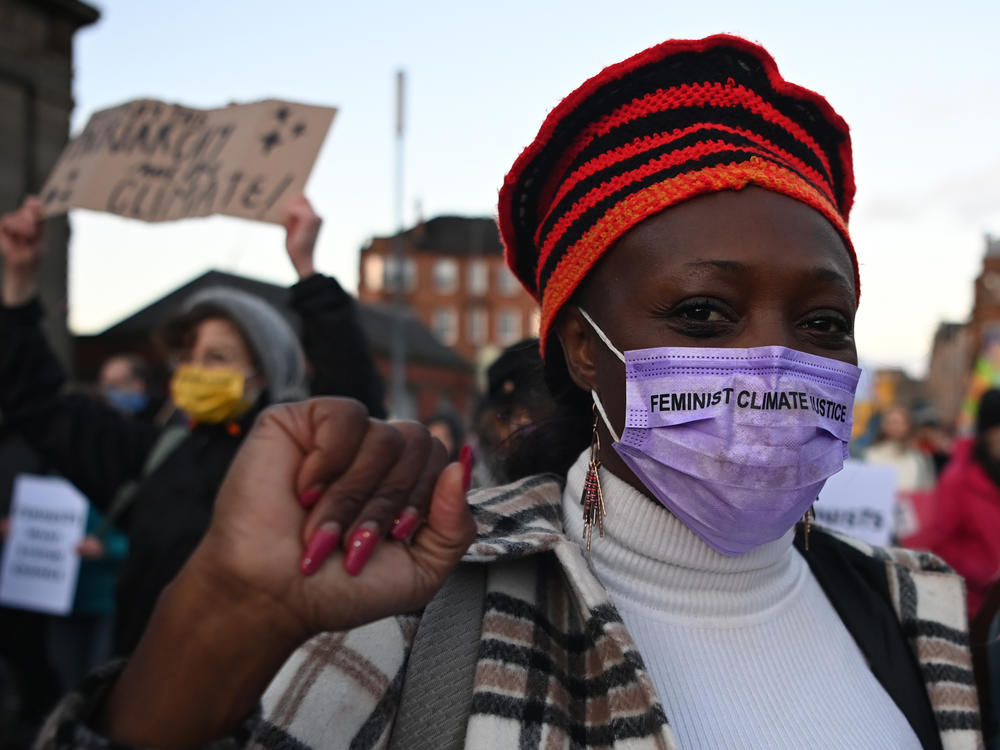 Protesters attend the Global Day of Action for Climate Justice march Saturday in Glasgow, Scotland, where the COP26 conference is being held. / Getty Images

Activists are pushing global leaders to take action to ensure that the planet does not warm more than 1.5 degrees Celsius (2.7 degrees Fahrenheit) compared with pre-industrial levels. It's a goal that was laid out in the Paris Agreement, but in the years since, the world has not been on track to meet that standard.

Demonstrations have extended beyond Glasgow in observance of a global day of action for climate justice. Thousands are protesting all over the world, with events planned on six continents.

In the first week of the conference, more than 20 nations committed to move away from coal in favor of clean energy. A number of prominent banks pledged to halt their support of plants that run on coal.

Slowing the loss of forests is another goal that's been a focus of the conference. Thus far, 26 countries have agreed to enact policies that would make agricultural practices more sustainable.

"If we are to limit global warming and keep the goal of 1.5C alive, then the world needs to use land sustainably and put protection and restoration of nature at the heart of all we do," Alok Sharma, COP26 president, said in a statement Saturday.

But some are concerned that not enough action is taking place at the summit, and many young activists feel that their concerns are not being taken seriously. During a rally in Glasgow on Saturday, famed activist Greta Thunberg called out world leaders for slow-walking progress.

"It is not a secret that COP26 is a failure," she said. "It should be obvious that we cannot solve a crisis with the same methods that got us into it in the first place, and more and more people are starting to realize this and many are starting to ask themselves, 'What will it take for the people in power to wake up?' "

She described the conference as a "PR event" and a "global greenwash festival," during which leaders can say all the right things without their governments actually taking action.

"We need immediate drastic annual emission cuts unlike anything the world has ever seen," she said. 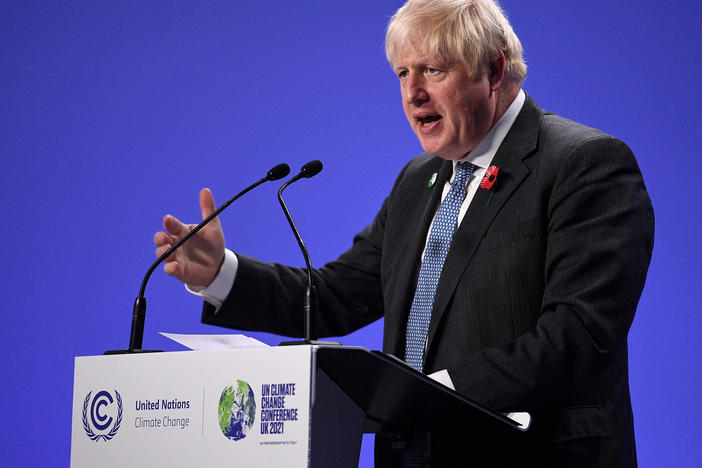 The U.K. considers its 1st new coal mine in decades even as it calls to phase out coal

A town in northern England wants to open a coking coal mine to create jobs. But while hosting the U.N. climate summit, Prime Minister Boris Johnson is urging countries to slash greenhouse gases. 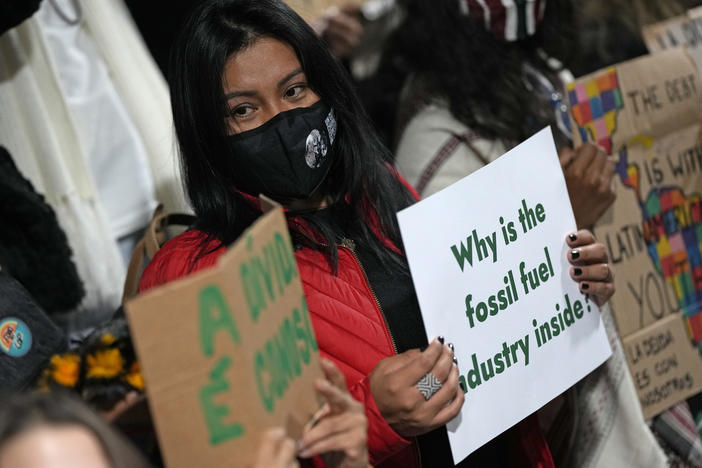 The fossil fuel industry turned out in force at COP26. So did climate activists

More than 500 attendees from the fossil fuel industry are at the climate summit in Glasgow. Their reps have attended climate summits for decades. Some are touting a shift toward renewables. 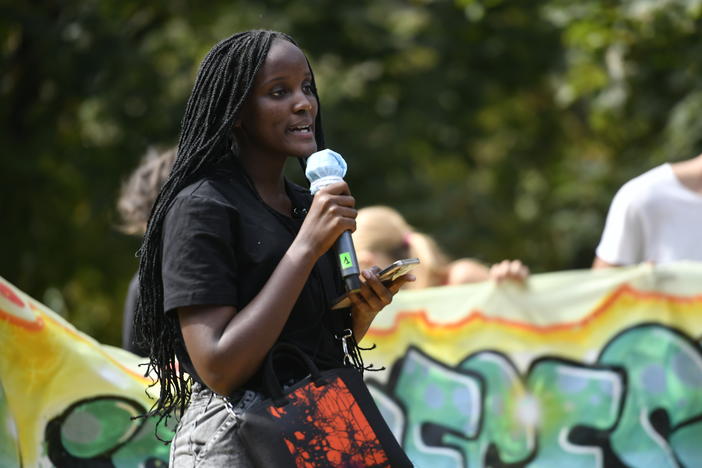 Nakate spoke with NPR about the role gender plays in climate activism, whether the COP26 summit feels inclusive and her advice for other youth who feel they can't affect change in the climate crisis.