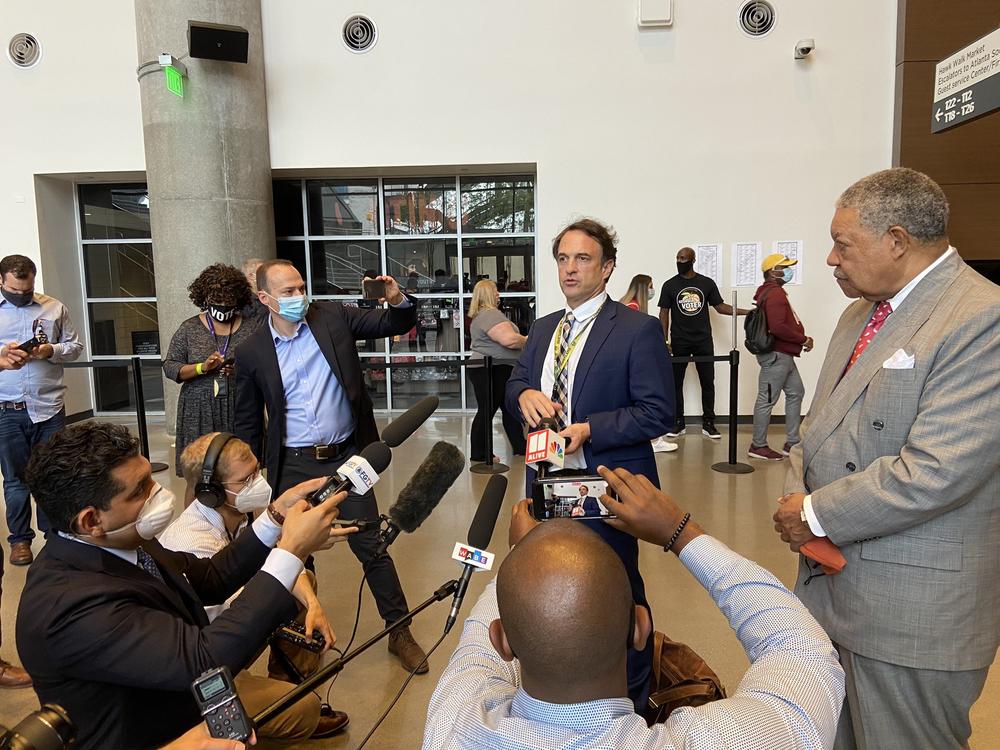 The chief election official for Georgia's most populous county has announced he will resign at the end of 2021 as the county continues to face attacks, conspiracy theories and a state-run performance review following the 2020 election.

Fulton County elections director Rick Barron submitted a letter of resignation Wednesday, defending the work of his office throughout a challenging election cycle that saw record turnout, an unprecedented amount of absentee ballots and a global pandemic that decimated both the number of polling places and election workers to staff them.

"Under the intense scrutiny of the last year, I believe our team has performed with grace and professionalism," he said. "Even in the midst of threats to our personal safety, we have continued to make the interests of Fulton County voters our highest priority."

Barron, who has worked for Fulton for over eight years, helmed an elections office that has been plagued by problems over the years, including long lines caused by machine issues and errors with absentee voting. In the June 2020 primary delayed by the coronavirus pandemic, polling place locations backed out of serving as voting sites — reducing the number of polls available — and poll workers unfamiliar with new voting equipment led to hourslong lines that garnered national attention.

But after increased funding from the county and a push towards absentee and in-person early voting, the county saw shorter lines and few problems in November.

The Fulton elections board voted to fire Barron earlier this year, but the Board of Commissioners reversed the decision.

Fulton has also been the epicenter of conspiracy theories, lawsuits and false claims about the presidential race that saw President Joe Biden narrowly defeat Donald Trump.

"Since the November 2020 Election, we have participated in multiple reviews, audits, and litigation — all of which have failed to identify wrongdoing or malfeasance," Barron's resignation letter reads.  "We stand behind our work and I know the team is well prepared for the 2022 Elections."

Under a new state law passed earlier this year, Republican lawmakers have requested a performance review of the election superintendent, which by law is Fulton's five-person bipartisan election board. The review is ongoing and state officials said the process was "cooperative." While the State Election Board could temporarily suspend the board and appoint a replacement, the likely outcome is a plan to improve problems identified with the county's election processes.