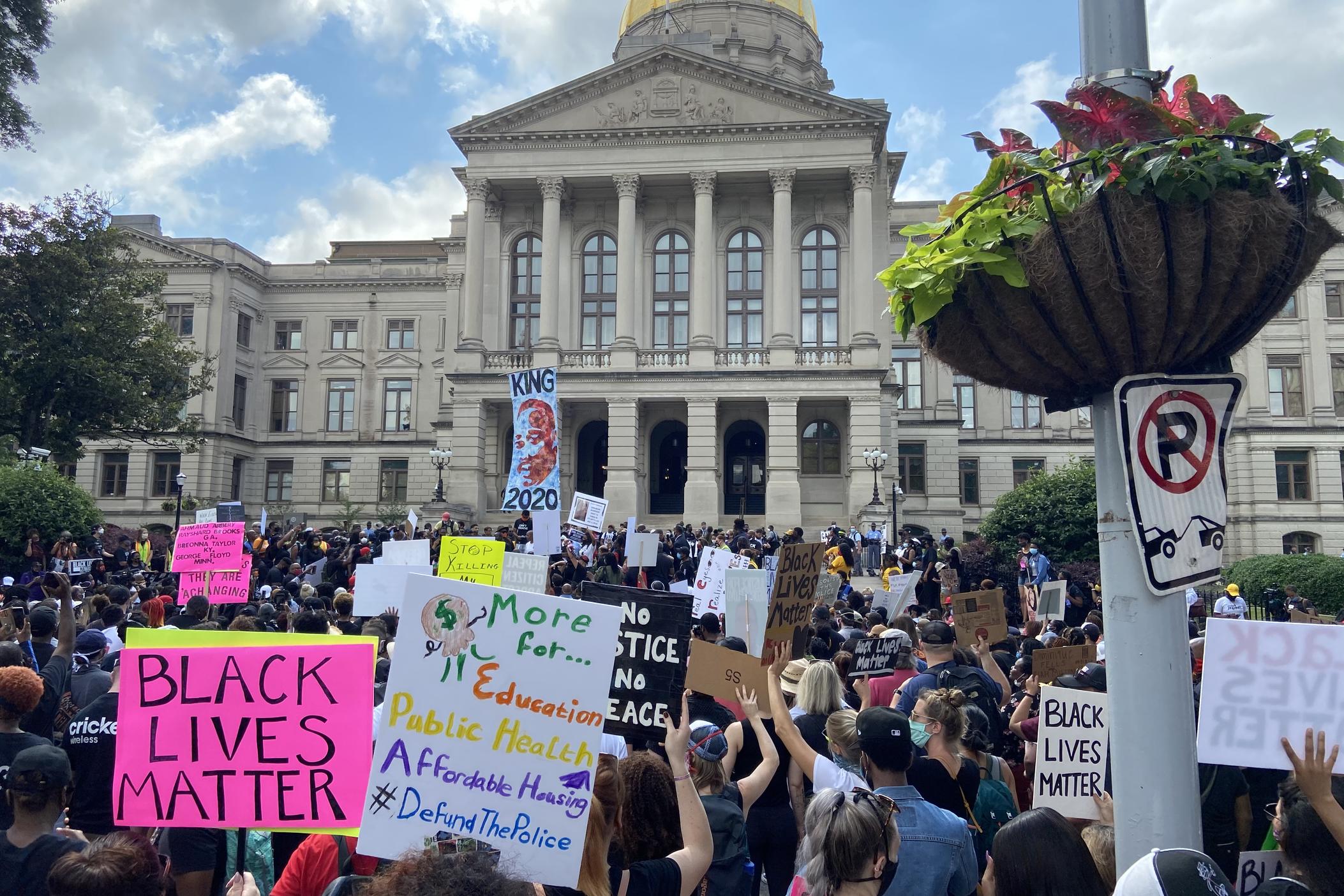 Leah Fleming: America is in the middle of a cold civil war. That's what Keith Boykin believes. Boykin is a journalist, political commentator, and author. He also co-founded the National Black Justice Coalition, which is a civil rights organization primarily serving LGBTQ+ people. His new book is titled Race Against Time: The Politics of a Darkening America. And he's here now. Good morning, Keith. 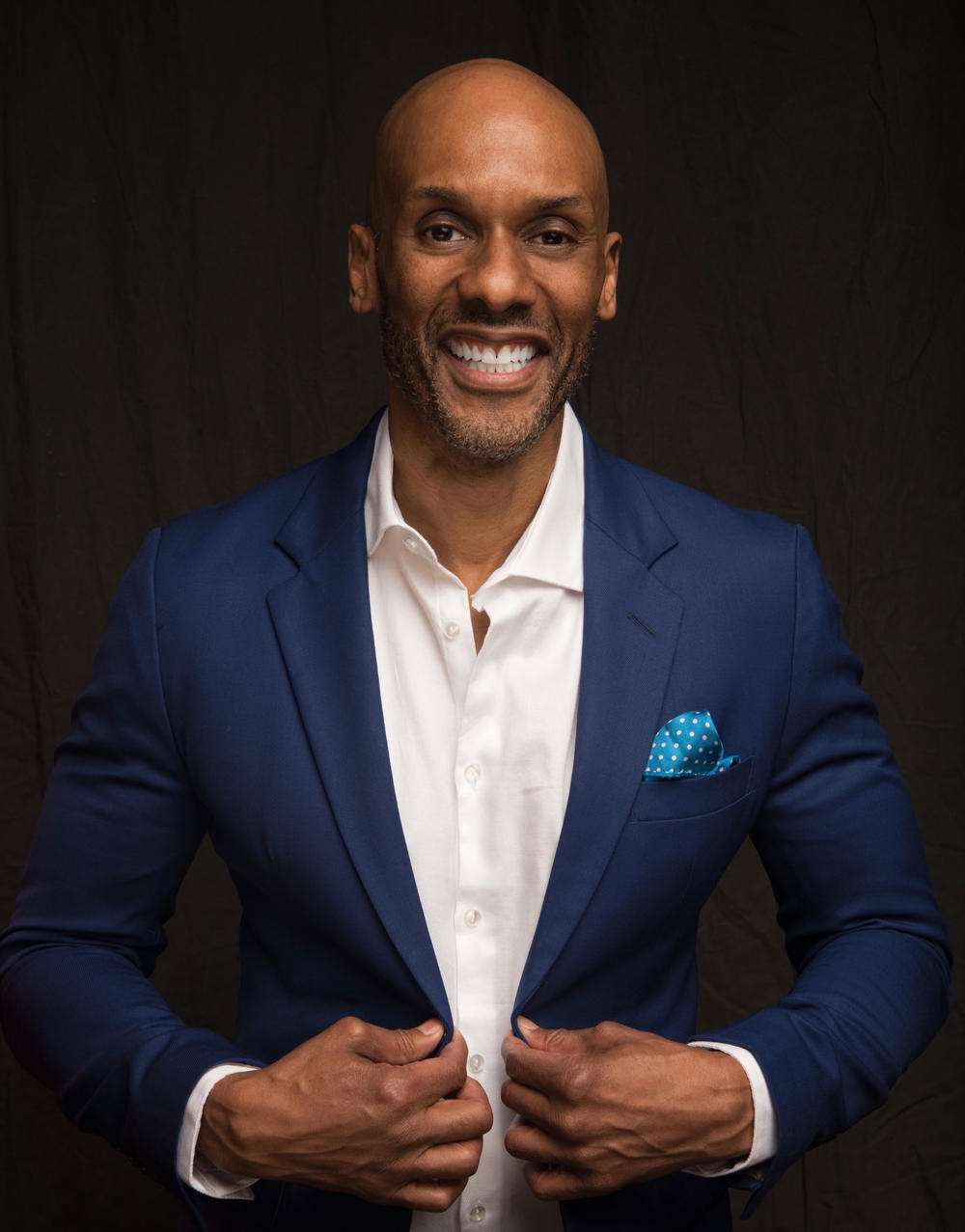 Author Keith Boykin says when the U.S. Census Bureau announced white Americans will be in the minority in 2044, it frightened a lot of people.

Leah Fleming: Good morning. Like we know, America has always struggled with race and culture, but this moment feels very different.

Keith Boykin: Absolutely. We are in the midst of a crisis in this country, unlike anything I've seen in my lifetime, where people can't even agree on the outcome of the last election. It's a reflection of just how divided we are that we can't agree on that type of information. But what we're seeing in the streets, what we're seeing with the response to the Black Lives Matter protests, and the Proud Boys, and the other sort of right-wing groups that are coming up in defiance of the diversity of the country, is just a staggering amount of division. And unfortunately, it is being fueled, a lot of it, from the leadership of our former president.

Leah Fleming: You yourself experienced a lot of that up close and personal. I know that you were actually covering the George Floyd protests that were happening in New York City and you were arrested. Tell us about that.

Keith Boykin: I heard this protest outside the window, went outside to find out what was happening, and started covering the protesters marching through the streets of Harlem. The police came from one direction. The protesters were in another direction. I stood in the middle sort of to document everything, photographs and videos. And the police came, and they arrested me. And I was just there as a journalist covering the event. I asked the police, “Why am I being arrested? I’m with the press.” And they said, “It doesn't matter; you’re going to jail.” Why are they arresting people who were just engaging in their first civil rights?

Leah Fleming: We've got these new census numbers that are out that confirm what we already know, and that is that America certainly is darker than it once was. It's certainly a lot Blacker and browner and diverse. And we've seen that here in Georgia, in Atlanta, another and even, you know, some rural communities that are seeing more diversity move into their communities. And that is causing some of the change that we're seeing.

Keith Boykin: That's exactly right. We're seeing people being threatened by the changing America. You look back to 2015, a few months before Donald Trump launched his campaign, the U.S. Census Bureau announced that by 2044, white Americans would no longer be the majority of our country's population. That was a really threatening data point to introduce into the public discourse. And it frightened a lot of people. This whole sort of fear, the loss of status for white America is part of what animated the last administration. It just creates this culture of division that is being, unfortunately, as I've said before, being generated from the very top who want to create this sort of this rift between Black and white people. And so we have to find a way to sort of survive in spite of all that.

Leah Fleming: And in your book, you actually don't put the blame or the responsibility on just Republicans, but you say both parties have really failed to promote racial justice.

Keith Boykin: It is a problem that both parties have dealt with historically, but even the Democratic Party has had difficulty in recent years after electing a Black president, which is an historic achievement in and of itself. We now have Democrats who control both houses of Congress and the White House, but Democrats in Congress and the White House haven't been able to pass the George Floyd Justice in Policing Act. They haven't been able to pass the John Lewis Voting Rights Act. They haven't been able to pass the Emmett Till Anti-Lynching Act. It creates a sense of disappointment potentially for African Americans. If we elect and support Democrats, which we have been historically the most loyal constituency of that party, and the party doesn't return the favor by producing legislation to help and support and protect black people.

Leah Fleming: This is a weird question, but I’m going to ask it anyway. How do we make white people feel safe having that conversation when so many of them are already so afraid?

Keith Boykin: Well, that's a good question. And, you know, I think there's two sort of root problems here. One is, you know, there's an old saying that when you're accustomed to privilege, equality feels like oppression. And I think for a lot of people who are white, there's a sense of loss of privilege that is very threatening to people. So that's sort of the first issue we have to deal with. And the second issue is that I think a lot of white Americans are somehow concerned that Black people want revenge and not justice and equality. So, what we have to do is we have to convince them that this actually benefits them. That it doesn't benefit anyone in America, no matter what your race, to have this constant racial division. And the only way we're going to be able to move forward, the only way white people are truly going to be able to feel safe in this country, is if Black people find a sense of justice.

In Author Keith Boykin's new book. Race Against Time: The Politics of a Darkening America" says atonement and accountability are among the three steps to solving America's racial reckoning.

Keith Boykin: Well, it's actually supposed to be a double entendre. The first part of it is just this notion that conservative, fearful elements of white America are engaged in this last-ditch race against time to stop the changing of America. We see that with the Republican efforts right now to pass or initiate voter restriction laws in a number of different states, including in Georgia — especially in Georgia. We see people who are taking up arms and buying more weapons than ever before because they're afraid of the sort of changing America. And so, the book doesn't just talk about what's taking place in 2021, but it actually is divided in three parts. One is atonement. White America has to sort of atone for the past policies and racial discrimination that still persist today. And from which they still benefit. That's not an easy thing to do. It’s not an easy thing to ask. You can't just turn the key, open the door and say everybody's free and equal and expect that the past is ignored. We have to have some effort to go back and study that and analyze it and atone for it. And for the Black community, second, Black people have to hold our leaders accountable, regardless of the political party or whatever else. For example, with President Obama, I went to law school with President Obama. I served for him twice. I supported him. But there were instances where we didn't push him as well. And he could have done more for our community. But he felt, I think, that he was trapped by the politics of race in our country as well. So, the last step is, again, like I said before, is about equality. We have to move toward equality of outcomes and not just equality of opportunity.

Leah Fleming: Keith Boykin is a journalist and author of the new book, Race Against Time: The Politics of a Darkening America. 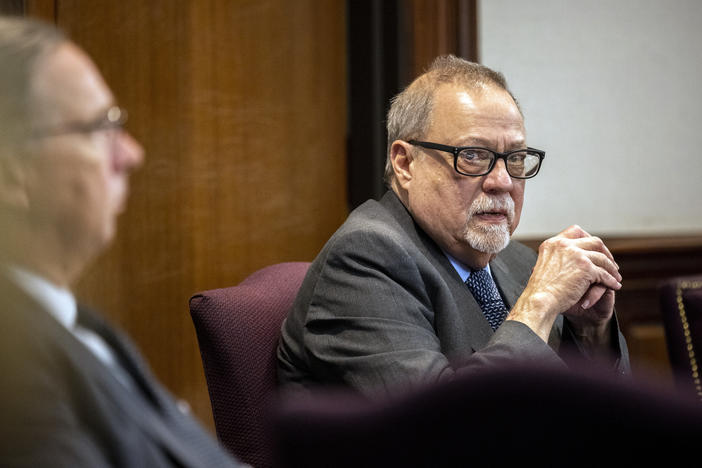 The Glynn County jury will hear closing arguments in the murder case against Father and son Greg and Travis McMichael, and their neighbor William “Roddie” Bryan for the February 2020 murder of Ahmaud Arbery.

The state House is set to approve a new Congressional map that would give Republicans another seat.

Atlanta police continue to search for Kenny Wells, the man who escaped with his gun from an airport security checkpoint after the gun in his luggage discharged on Saturday. 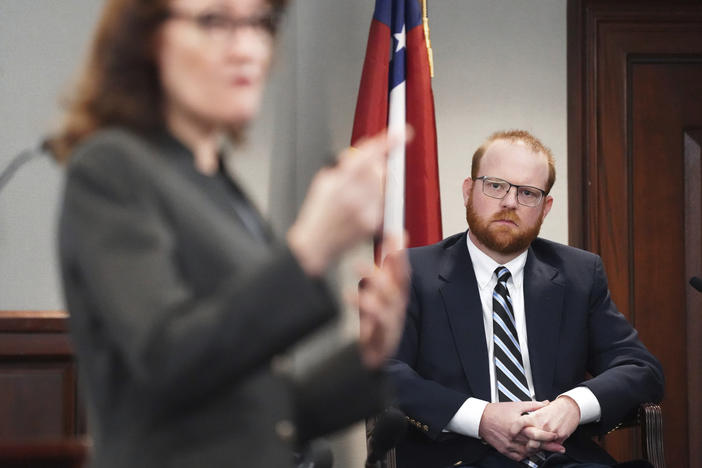 Closing arguments in the Ahmaud Arbery murder trial will begin Monday. This after defense attorneys wrapped up their case yesterday after calling seven witnesses.

A former state correctional officer has been charged with two felonies, including obstruction of justice, in connection to the 2018 assault by guards on an inmate at Valdosta State Prison. 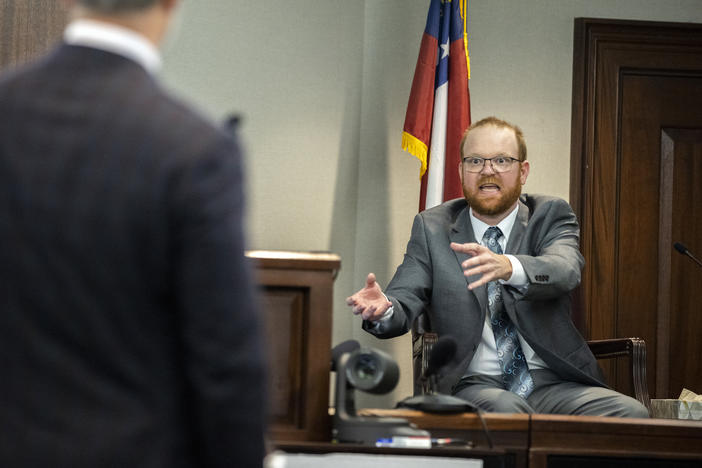 The trial of the three white men accused of felony murder in the shooting death of Ahmaud Arbery continues in Glynn County, with one of the defendants, Travis McMichael, speaking on his own behalf.

Savannah is the latest city in Georgia to pull back on mask mandates.