The Department of Housing and Urban Development disproportionately sells homes in flood-prone areas, NPR finds. Housing experts warn that this can lead to big losses for vulnerable families.

Climate change is driving more severe flooding across the country, the latest example being from the northeast United States. But an NPR investigation finds the top federal housing agency is selling flood-prone homes to families without fully disclosing the risk. At the same time, the federal government is spending millions of dollars to move people out of flood zones.

Rebecca Hersher from NPR's climate team is here. Rebecca, we're talking about the U.S. Department of Housing and Urban Development, HUD. What did your investigation find?

REBECCA HERSHER, BYLINE: Well, HUD is mainly known for subsidized rental housing, but HUD also sells homes. And we found that thousands of those homes around the country are located in flood zones, and the people who buy them generally don't get any information about flood risk until after they've decided to buy. And that raises a lot of questions about how HUD is dealing with climate change. You know, climate change has caused residential flood damage in the U.S. to skyrocket. HUD's mission is to provide safe, affordable housing. So HUD says it's important to sell these homes for low prices and make sure they don't sit vacant. But many of the housing experts we spoke with said it's very concerning that HUD would be selling homes that are prone to flooding and basically allowing families to move into harm's way.

MARTINEZ: Where are these homes located? You said they were all around the U.S. Any particular hotspots?

HERSHER: Yes. So I should say, these are houses that were foreclosed on by banks and then handed over to HUD to be sold. And NPR analyzed data from 2017 to 2020. It's nearly 100,000 homes that HUD sold. And in that time, HUD sold flood-prone houses in almost every state, but there were hotspots, as you said. So Louisiana, Florida and New Jersey all stuck out. A larger proportion of the homes that HUD sold in those states were in flood zones.

MARTINEZ: Now, those states are on the coast. Maybe they're just maybe prone to more flooding in general?

HERSHER: Right. We wondered that, too. But we found that HUD is selling a disproportionate number of homes in flood zones. So, for example, in Louisiana, about 20% of homes sold by HUD were in flood zones. That's compared to just 0.1% of all homes sold in that period in Louisiana. So the data really suggests that the homes HUD is selling are more prone to flooding than the general housing stock.

MARTINEZ: Then what does it mean for people who end up buying these homes? Because there's a affordable housing shortage happening all over the nation right now - so I got to think these homes are very attractive to some of these families.

HERSHER: Yeah, absolutely. And we interviewed people who bought these houses in multiple states who are basically gambling that the house won't flood while they live there. And that brings us to another question, which environmental justice experts have raised. You know, is HUD doing enough to protect low-income families from the effects of climate change? You know, buying a house is a way to build generational wealth in the U.S. People put their life savings into their homes, and a flood can wipe that out. My colleague Tegan Wendland of member station WWNO visited a family in Louisiana who purchased one of these homes, and it was their dream house.

TEGAN WENDLAND, BYLINE: Jonathan Stewman grew up in an apartment building in Baton Rouge. It was small, had no yard. He always dreamed of owning his own home.

JONATHAN STEWMAN: I never knew what it was like to stay in a house. So when I moved in here, you know, it felt like home immediately.

WENDLAND: He and his wife bought their little white house on a quiet side street in Denham Springs, La., in the spring of 2019. And they love it. It has a big backyard.

STEWMAN: That's one of the things that attracted me to it is the backyard. It's a pretty nice size for the kids, and they like to have fun.

WENDLAND: Little rocking chairs with the kids' names sit on the front porch, Jaden (ph) and Jayla (ph). They ride four-wheelers. He's building the kids a big backyard playset. He says they bought the house for $111,000 from HUD. And like many folks who purchase these homes, Stewman doesn't make a lot of money. He works overnights at a local chemical plant.

STEWMAN: Yeah, I got a good deal on it.

WENDLAND: The catch - it's in a flood plain. In 2016, a massive climate-driven storm flooded the house with 2 feet of water, and it's raised up about a foot off the ground. Stewman wants to raise it higher but needs to save enough money first.

And are you worried about flooding now?

STEWMAN: No, I'm not too concerned about it. You know, if it happens, it happens. But for right now, I'm just going to enjoy my time.

WENDLAND: They have flood insurance, but they're still in a precarious situation, just hundreds of feet away from the Amite River, which runs right through town and jumped its banks in 2016, flooding thousands of homes. The weird thing is the state has a program to get people out of this area. It's buying out homes right near Stewman's in order to prevent future flooding. I showed a map of those Louisiana HUD homes to Pat Forbes, head of the state agency that oversees those home buyouts.

And as you can see, there's a lot concentrated in areas that flooded pretty bad during the 2016 floods.

WENDLAND: After every flood, the state's making tough decisions about whether certain areas are just too dangerous to live in. Hundreds of homes have been bought out to be demolished and to return the land to nature. Forbes had never heard of the HUD HOME Program.

FORBES: Yeah, that's surprising, knowing what I know about HUD's rules and how focused they are on keeping people out of harm's way.

WENDLAND: Stewman knows the risk he faces. But every time it rains, he and his family hunker down, hold their breath and hope that the water doesn't rise too high.

MARTINEZ: All right. So that's the view from Louisiana, and it sounds like state officials are frustrated that HUD is selling flood-prone homes. What is HUD's response?

HERSHER: So HUD did not respond to questions about how it works with state governments. And I should say, we heard similar frustration from officials in New Jersey and in Virginia. They were surprised and alarmed. A HUD spokesperson, Michael Burns, told NPR that the agency recognizes that climate-driven flooding is a problem for housing in general and that, quote, "ensuring that federal agencies, including HUD, have the right tools and policies in place to increase resilience nationwide is a key priority of the Biden-Harris administration."

MARTINEZ: Rebecca, what are some potential solutions?

HERSHER: So there are a few options that housing experts and homeowners themselves mentioned. First, HUD could disclose flood risk earlier and more fully - you know, put flood risk right on the main listing page - and explain, how likely is it that water will enter into the house? How much water? Second, give information upfront about the cost of flood insurance. It can be really pricey, and it doesn't always cover all the damage. And third, do more to make homes safe from flooding before HUD sells them. So, for example, lift foundations or automatically give grants to buyers so they can do that kind of work themselves. And HUD says it's studying the overall risks of climate change, including flooding, but didn't provide any more details.

HERSHER: Thanks so much. 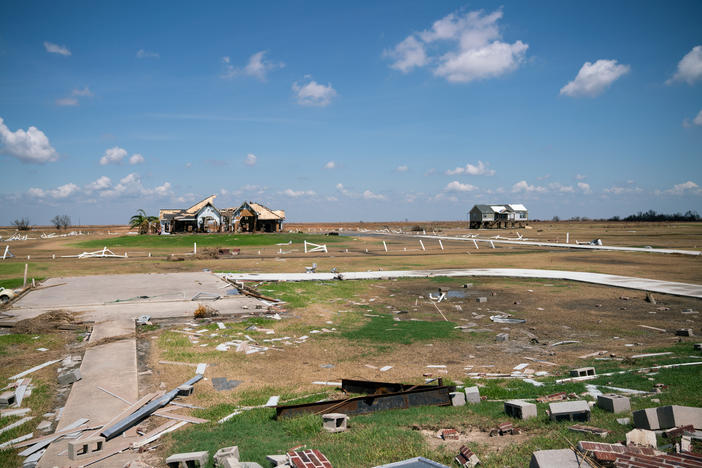 These homeowners are eligible for federal help, but a new report finds that FEMA often fails to provide that assistance. 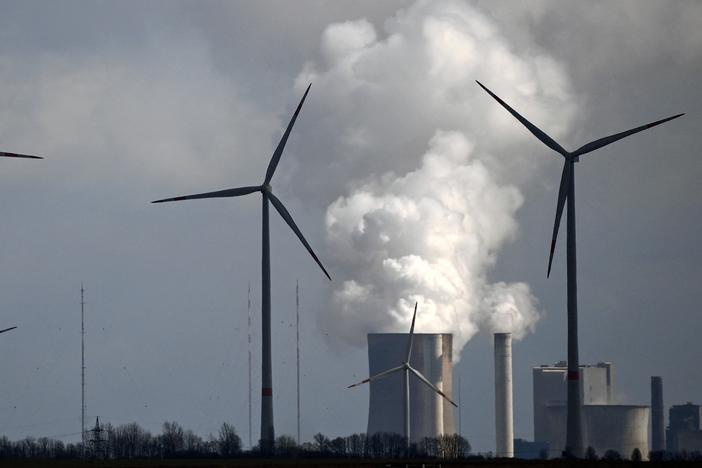 Enough With The Climate Jargon: Scientists Aim For Clearer Messages On Global Warming

People are likely to be confused by common terms such as "mitigation" and "carbon neutral," according to a recent study. How can scientists do a better job communicating about global warming? 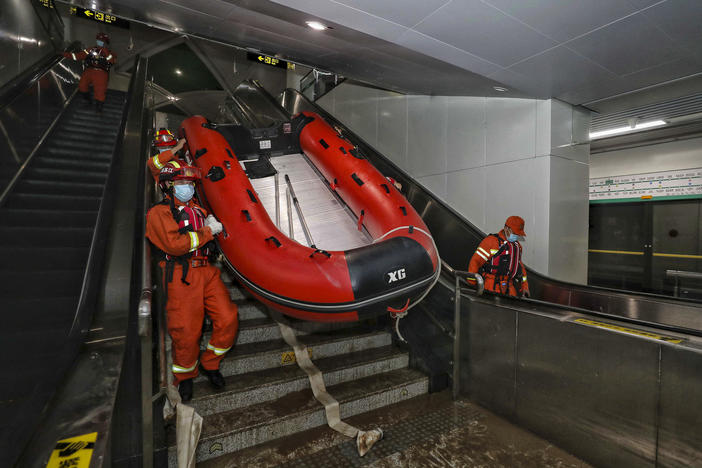 NYC's Subway Flooding Isn't A Fluke. It's The Reality For Cities In A Warming World

Underground trains are incredibly susceptible to flooding from climate-driven extreme rain and sea level rise. Cities around the world are racing to adapt their transit systems.