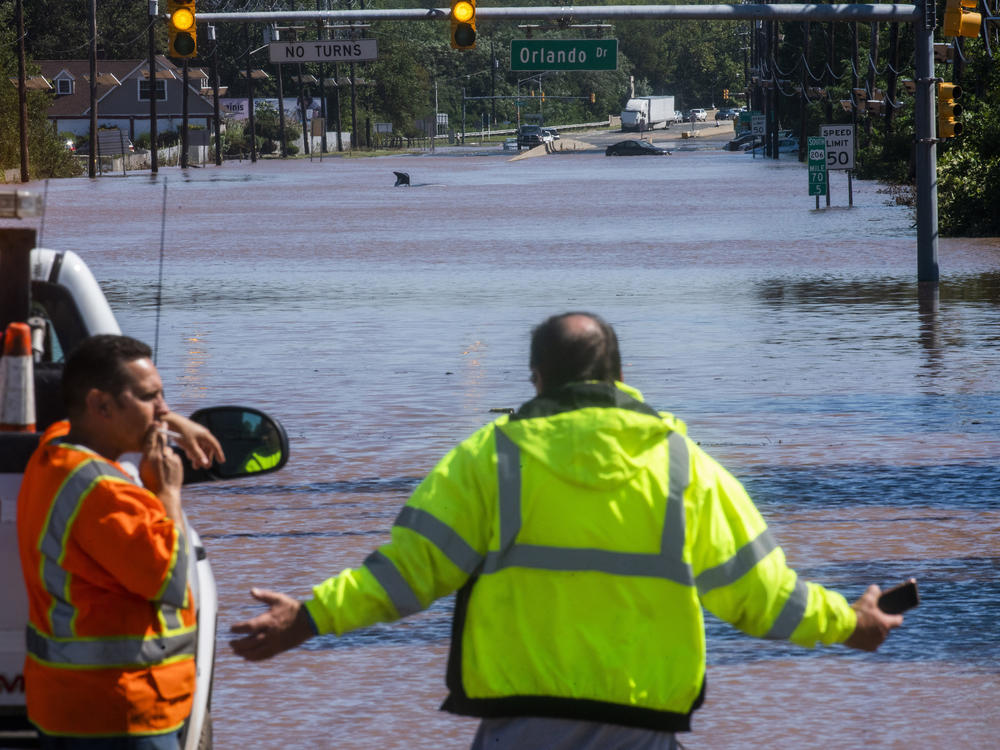 Route 206 in Somerville, N.J., remained largely under water on Thursday. Similar scenes played out across the state and its neighbors.

A day after catastrophic levels of rain hit states from Maryland to Connecticut, areas impacted by floods and tornadoes, the cleanup began.

Hurricane Ida's remnants brought historic levels of rain to the Northeast and Mid-Atlantic region Wednesday into Thursday. The storm killed at least 48 people across the region, according to official reports as of Friday morning.

In Connecticut, an on-duty state police sergeant died early Thursday after his cruiser was swept away in floodwaters in the town of Woodbury. 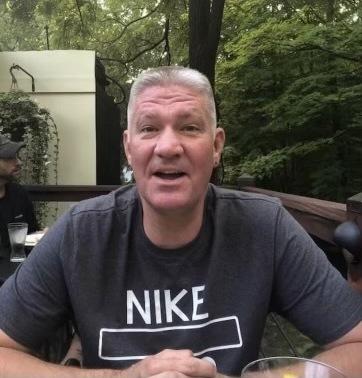 Connecticut State Trooper Sgt. Brian Mohl was killed after his squad car was taken over by floodwaters in Woodbury, Conn.

Brian Mohl, a 26-year department veteran, called for help at about 3:30 a.m. Thursday, the Connecticut State Police said. Hours after being last heard from, responders found Mohl in the swollen Pomperaug River, where he was pronounced dead.

New Jersey Gov. Phil Murphy tweeted that the majority of deaths in his state were people who "got caught in their vehicles by flooding and were overtaken by the water. Our prayers are with their family members."

Authorities in New Jersey say the work of searching for possible victims and identifying those killed is not over yet.

The storm triggered statewide emergencies as well as the first flash flood emergency ever issued for New York City.

As the sun rose Thursday, the destruction of the overnight storm became clear and stories of harrowing escapes and rescues began to emerge. 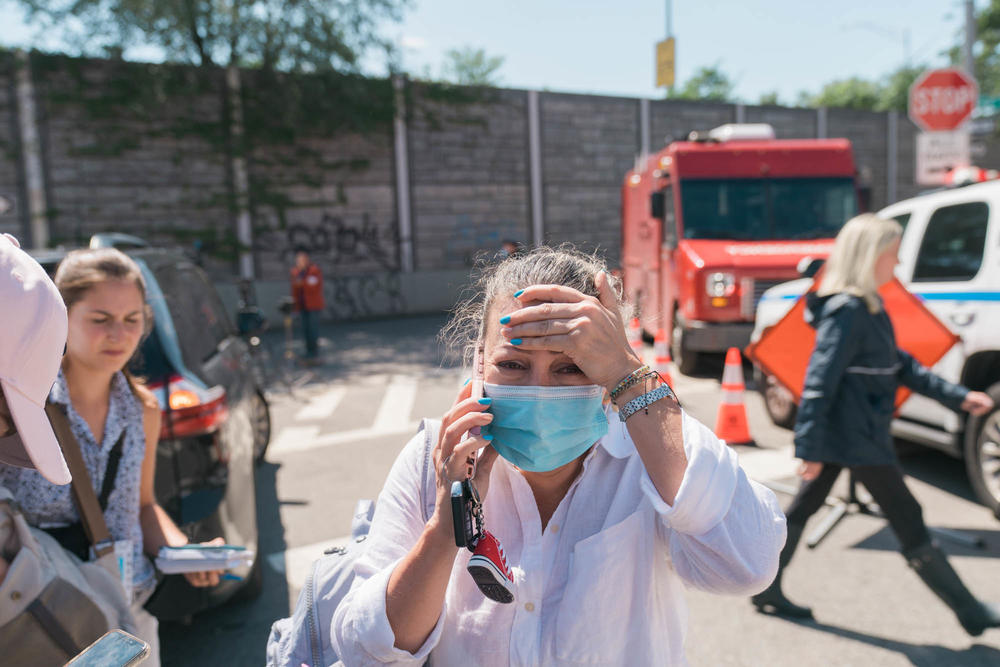 Martha Suarez reacts outside a house where people died in the flooding in Queens, N.Y., on Thursday.

For other commuters, Ida's remnants stranded them for several hours on trains and cars in New York, New Jersey and Connecticut.

"Without warning, this all happened immediately. We were operating and getting numerous calls nonstop all night," the New York Fire Department wrote on Instagram on Thursday. "We had everything from people trapped on their roofs, people trapped in completely submerged cars, trapped in basements with the doors stuck and water rapidly rising, and with heavy currents of water everywhere, our units did a tremendous job."

Firefighters walked blocks in chest-deep water to rescue people in basements and cars throughout the city, the department said. About 113 people were rescued.

"It seemed like every job we got, we were delayed because people were flagging us down who needed our help," they said on social media.

Firefighters in Delaware faced a similar experience. The Wilmington Fire Department said it was on scene for over 10 hours during the storm and rescued over 200 residents from flooded homes and cars. 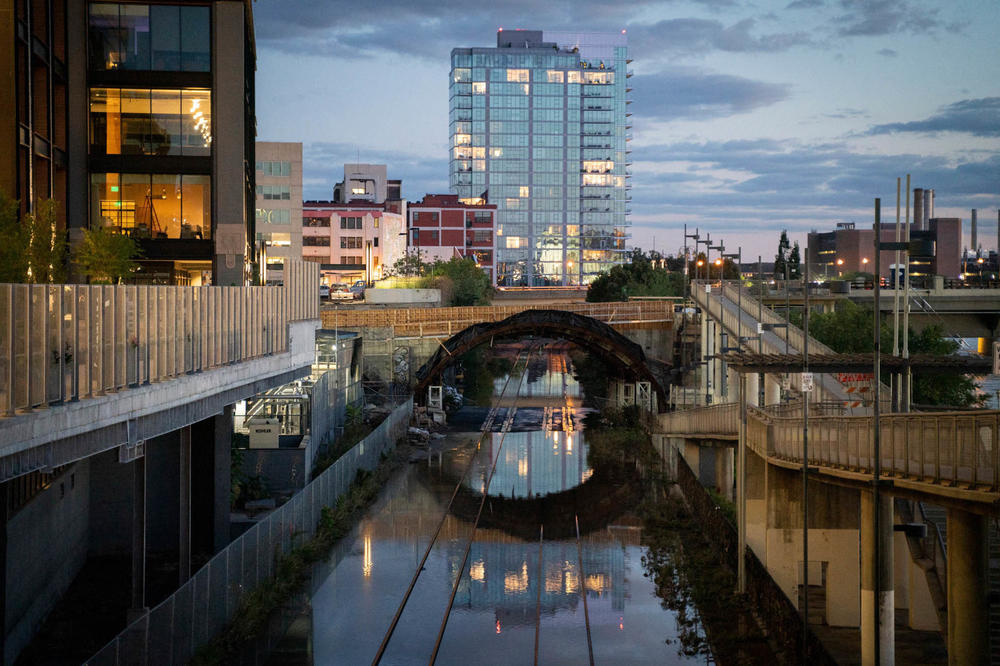 The floodwaters that impacted trains in the Northeast made rescue operations even harder.

Dozens of people on a New Jersey Transit train told CBS2 that they were stuck onboard for nearly 10 hours as rescuers worked to navigate severe flooding on the tracks.

"The power's out. There's no air conditioning, there's no power or electricity. There's no water, there's no lights. There's, I think, one functioning bathroom," passenger Colleen Hartnect told the local news channel.

On one Metro-North train heading from New York to Connecticut at 9 p.m. on Wednesday, nearly 100 passengers were still stranded onboard by 4 a.m. Thursday.

Firefighters responded to the stuck passengers but couldn't get them out because they didn't know whether electricity on the track posed a risk to the group.

The Metro-North was still not fully back in operation by Friday. On the Hudson Line, no trains or connecting services will be in operation until further notice because of significant track washouts, fallen trees, mudslides, damaged power and signal equipment, and collapsed buildings impacting the tracks.

Long-term cleanup and recovery lays ahead

Dozens of cars remained stranded on still-flooded roadways in the affected areas Thursday. Police were checking each car to ensure no victims were inside.

The Major Deegan Expressway in the Bronx was filled with submerged cars and 18-wheeler trucks. The NYPD said more than 500 cars were towed in the city after being stranded. 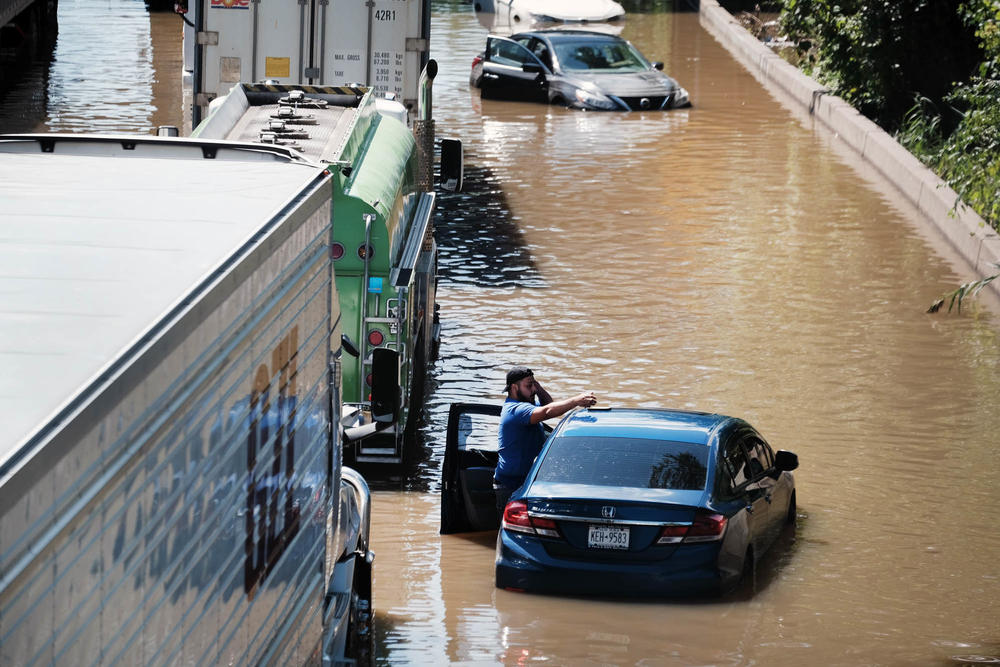 Cars sit abandoned on the flooded Major Deegan Expressway in the Bronx after Hurricane Ida barreled through on Wednesday into Thursday.

In New Jersey and parts of Pennsylvania, residents are still picking up the pieces of homes and businesses after a confirmed seven tornadoes touched down across both states Wednesday, according to the National Weather Service.

The strongest tornado was one that hit Mullica Hill, N.J., the NWS said. This twister was preliminarily rated as an EF-3, with winds as strong as 150 mph.

According to NJ.com, New Jersey has had only four other tornadoes rated EF-3 or F-3 (an older scale).

"This was a very impressive tornado that lofted debris thousands of feet into the air," the NWS said. 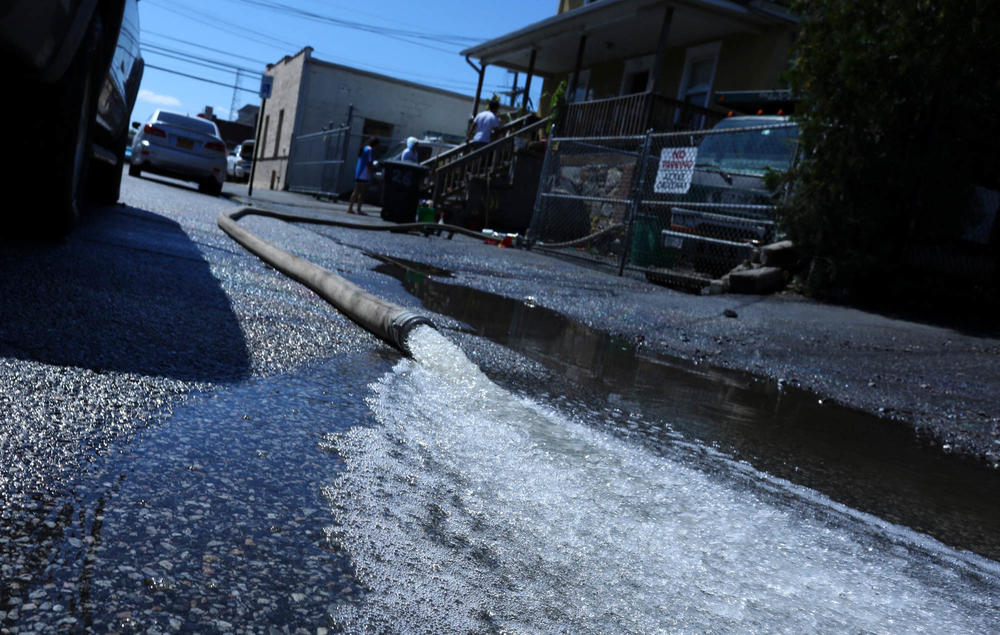 A water pump spits water from a flooded house after a night of high winds and rain from the remnants of Hurricane Ida on Thursday in Mamaroneck, N.Y. 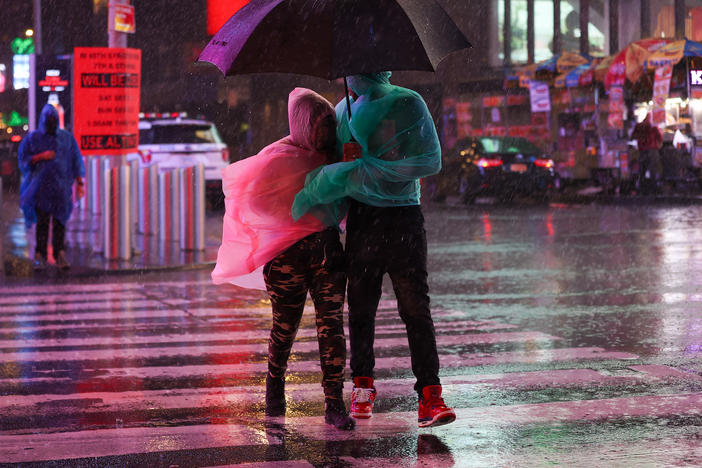 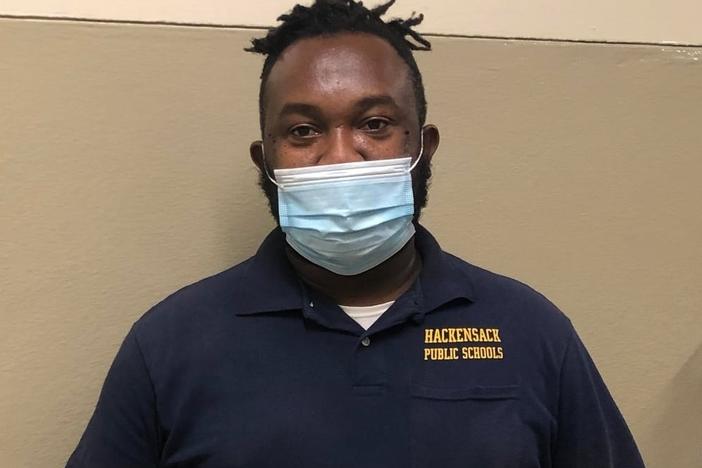 The hurricane's remnants hit New Jersey just days before classes were to begin at Hackensack Middle School. Its custodian was determined to keep the students on track. 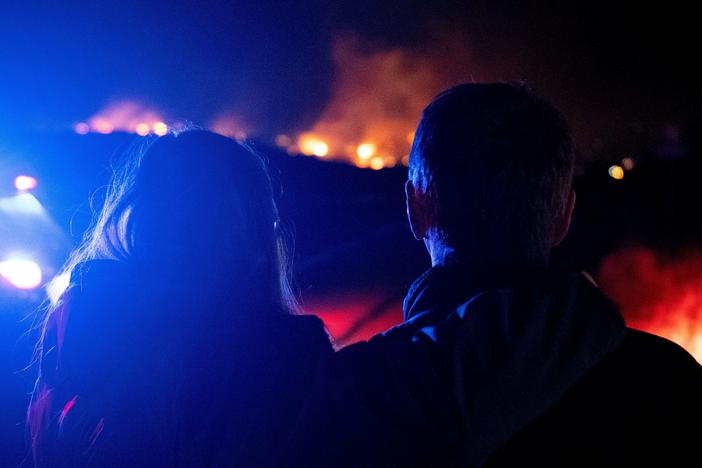 The Marshall Fire and Middle Fork Fire, which have forced the evacuations of tens of thousands residents, are considered the most destructive wildfires in Colorado history.