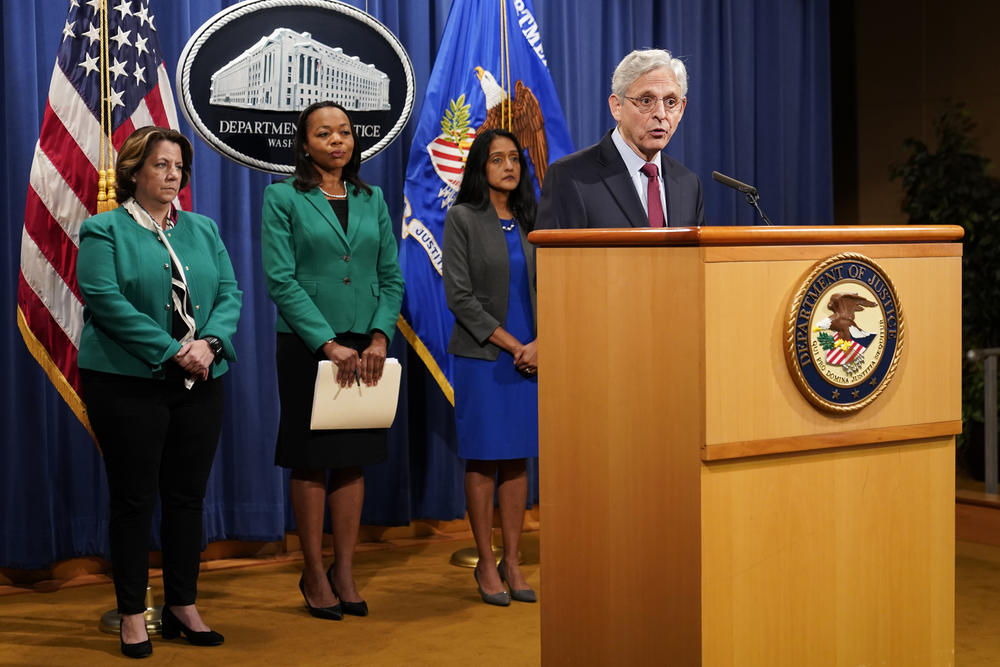 Attorney General Merrick Garland speaks during a news conference on voting rights at the Department of Justice in Washington, Friday, June 25, 2021.

Also, the state has announced it will halt the rollout of a limited expansion of Medicaid as officials here continue to tussle with the Biden administration over Georgia's proposed work requirement for recipients. In the meantime, Georgia halted the $300 weekly supplemental federal unemployment benefit to residents in the state who are out of work.

Finally, panelist Jim Galloway discussed a story related to the current effort to name Sonny Perdue chancellor of the University System of Georgia. A look back into history reveals it's not the first time state leaders have played politics with higher education.