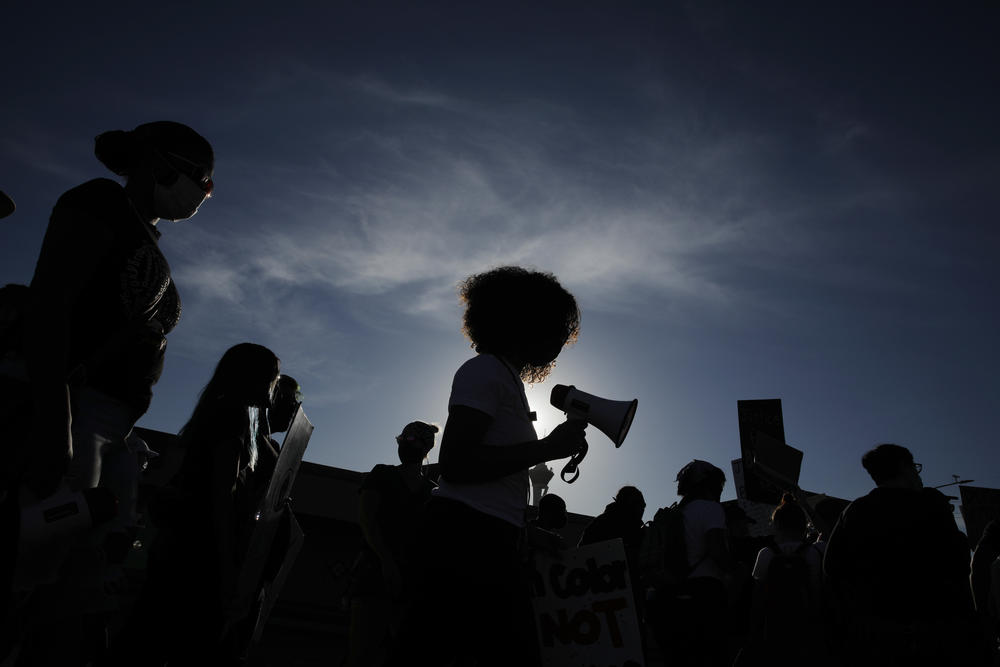 People demonstrate in Las Vegas on Friday, June 19, 2020, to mark Juneteenth, the holiday celebrating the day in 1865 that enslaved Black people in Galveston, Texas, learned they had been freed from bondage, more than two years after the Emancipation Proclamation.

Thursday on Political Rewind: A bill to establish Juneteenth as a federal holiday passed by Congress now awaits President Joe Biden’s signature. June 19 is set to become a federally recognized commemoration of the emancipation of slaves in the United States and the first new federal holiday since Martin Luther King Jr. Day was created in 1983.

According to a White House press release, Biden is scheduled to sign the the Juneteenth National Independence Day Act this afternoon in the East Room.

The measure won overwhelming bipartisan support in the Senate and House, including from Georgia’s congressional delegation. But Rep. Andrew Clyde of Athens was one of 14 Republican representatives who voted against the bill.

A number of cities across Georgia are planning their first Juneteenth celebrations this year. The list of cities includes Kennesaw, a community once known for its embrace of the Confederate past.

At the same time, Georgia faith leaders and activists say there is more work to be done in establishing racial justice. A group has traveled to Washington, D.C., to lobby Congress to pass HR 4, also known as the John Lewis Voting Rights Advancement Act.