Political Rewind: Atlanta Mayoral Election Might Be About Race, 2022 About Turning Out The Base 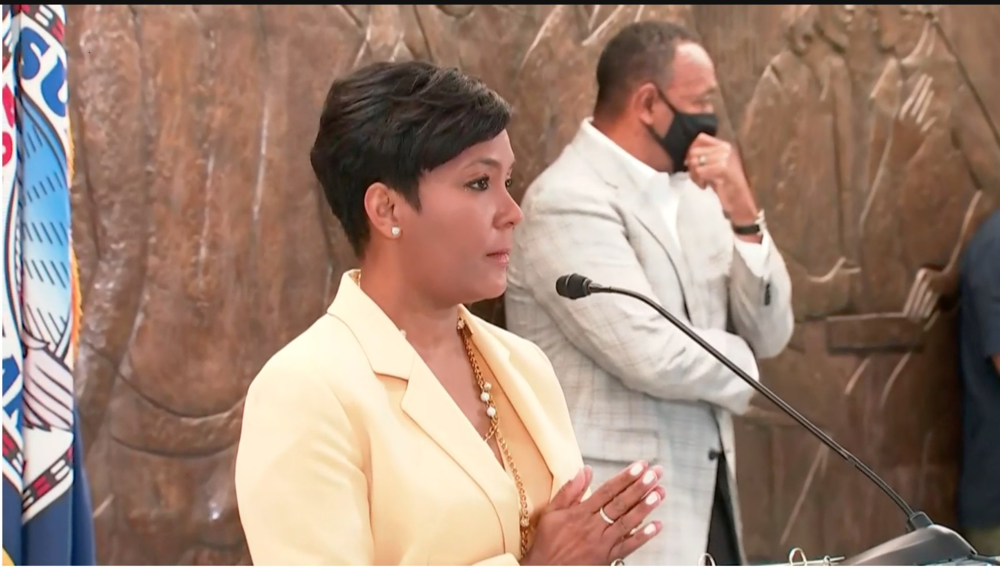 Atlanta Mayor Keisha Lance Bottoms elaborates on her decision not to seek reelection in the 2021 mayoral race during a May 7, 2021, press conference.

Monday on Political Rewind: Atlanta’s mayoral election is six months away and the race is still without a clear frontrunner. A number of candidates are considering entry into the race after incumbent Keisha Lance Bottoms’ surprise announcement last week that she will not seek reelection. So, who might we see jump into the running, and how does Bottoms' decision change city governance in the months to come?

The governor issued a charged statement following the signing, saying the new law prevents Democratic officials from passing "radical" defunding measures that would endanger law enforcement officers. The Republican-led bill was overwhelmingly opposed by Democrats. Critics say the legislation takes important budget decisions out of the hands of local leaders.

What does this bill, and the messaging used by its supporters, signal about the tone of the upcoming 2022 elections?

Further down the road, the panel discusses the possibility of a Herschel Walker run for Georgia office.