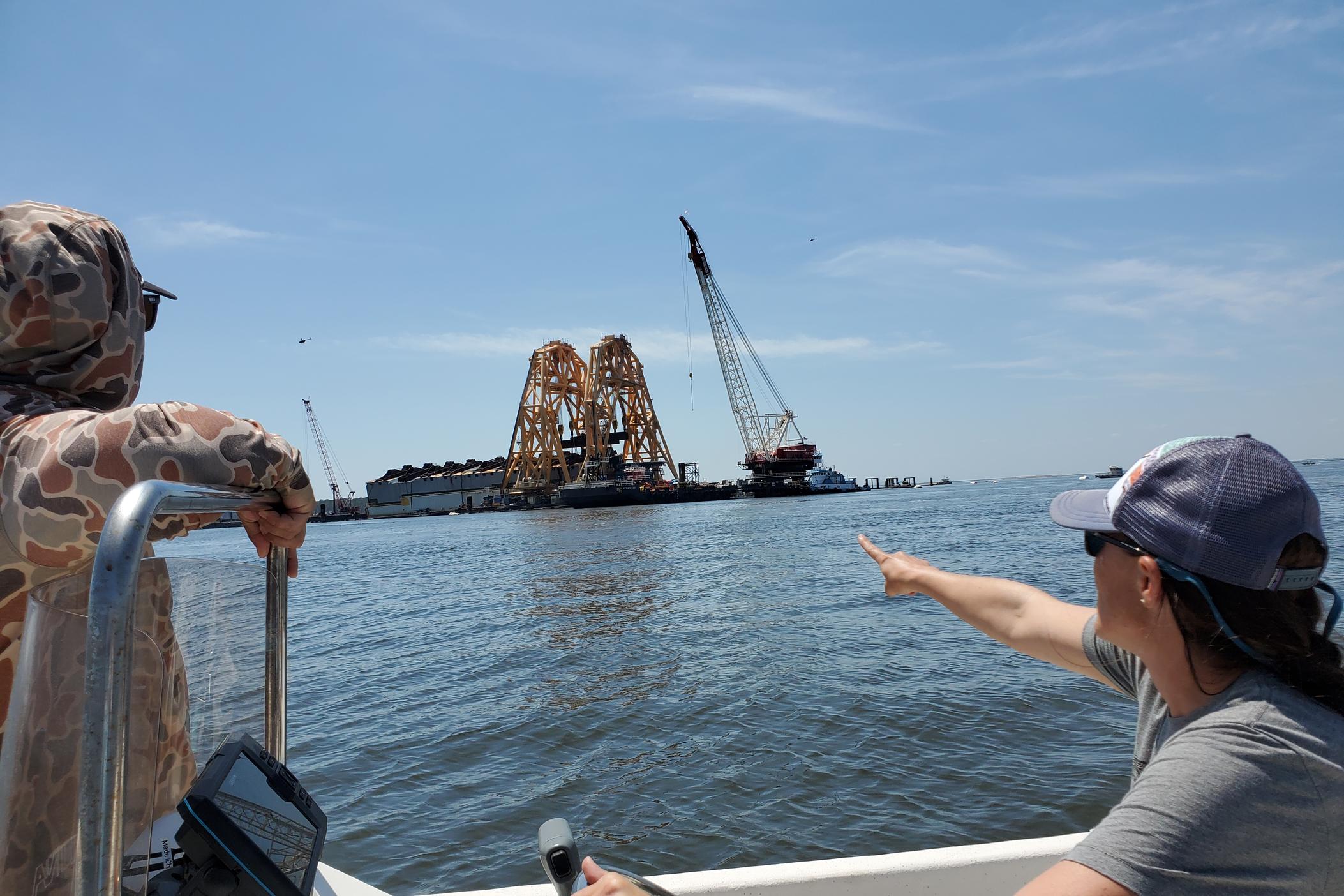 Caption
Coast Keeper Sue Inman and Altamaha Riverkeeper Fletcher Sams look from a boat at the wreck of the Golden Ray as it is cut up for removal. They monitor the water and beaches daily for oil and debris from the wreck.
Credit: Emily Jones

Every day, Sue Inman checks the water and the beaches around St. Simons and Jekyll Island. She looks for oil or car parts from the Golden Ray, which had more than 4,000 cars on board when it capsized in September 2019.

Inman is the Altamaha Riverkeeper’s Coast Keeper. She reports what she sees to the proper channels.

“But then I also call the mitigation crew, say, 'Hey, this is where it's at; these are the coordinates,' so they can get there faster,'” she said on a recent trip surveying the water near the wreck. “It's all about getting this cleaned up as fast as possible, especially if it's a floating contaminant.” 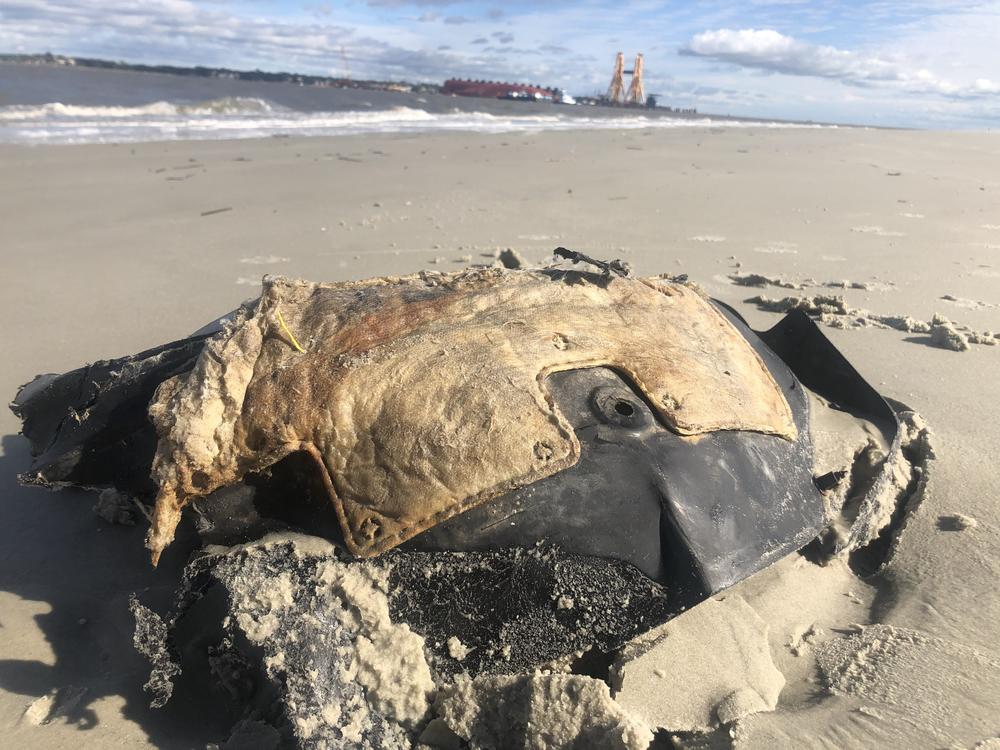 Caption
The fuel tank of a car from the Golden Ray washed up on a beach
Credit: Fletcher Sams, Altamaha Riverkeeper

On this trip, Inman didn’t need to call it in. There were already helicopters overhead watching for oil sheens, and response boats in the water.

“They're dropping what looks like a white sock on the side of it,” she explained. “It's specific absorption boom to collect any floating contaminant. Not water, but contaminant. So there is product on the water today.”

It’s oil, though likely invisible to the untrained eye. But Inman and Altamaha Riverkeeper Fletcher Sams have been training their eyes for over a year now, learning to spot oil.

“We've also benefited from spending over a year in the sound, understanding how oil behaves throughout the tidal cycle,” he said. “So our teams have also become more knowledgeable of the local area, how oil behaves.”

Understanding the water, and what happens to oil in it, is crucial. This area has really big tidal changes, powerful currents and strong winds; anything that ends up in the water can travel far, fast. And all this knowledge could become critical soon, as crews cut what’s known as Section Seven off the rear of the ship.

“It's a key component, right, because I think that's the toughest section we have on our plate,” said Mauricio Garrido, president of T&T Salvage, the company doing the cutting.

It’s the toughest, literally: it contains the engine room, and lots of heavy steel. They’ve had to switch to a heavier cutting chain. It’s also tough because they expect to sever a fuel line containing what oil remains on the ship.

“This thing is a ticking time bomb and it's going to be released. They are not going to be able to catch all of it,” he said. 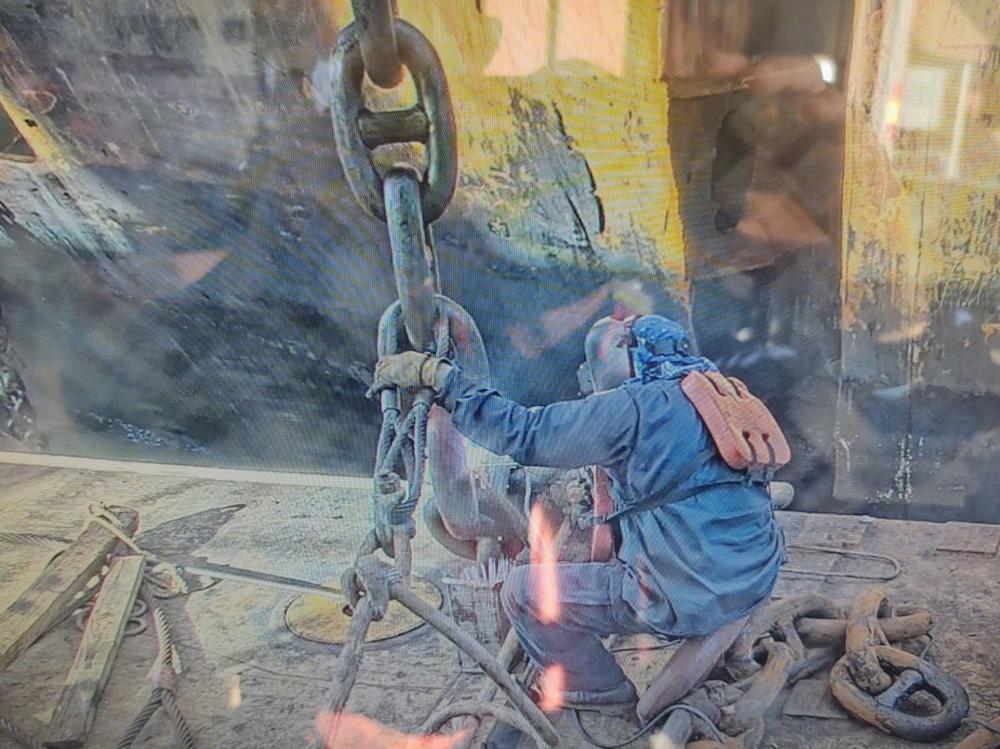 Caption
In this image provided by the response team, a responder finishes welding a joining link on the massive cutting chain. They've switched to a heavier-duty chain for the tricky Section Seven cut.
Credit: St. Simons Sound Incident response photo

Based on estimates of how much spilled in 2019 and how much responders were able to remove, Sams said there’s about 44,000 gallons left of oil on the ship. The response team said a release that big “seems highly unlikely” at this point, but they’re preparing for it as a worst-case scenario.

“We know where the line is. We know when it will be hit. The resources are well coordinated to respond to a release,” Garrido said.

Because they know it’s coming, they’ve got helicopters in the air, more boats on the water to respond, and some 30 boats on call in case there’s a release.

“We hope that that's enough,” Sams said. “You know, our concern [is] that it won't be enough.”

And while everybody waits, on edge, for a possible massive release of oil, Sams and Sue Inman have another concern: the long-term impact of all of this on the coastal ecosystem. They’re calling for an official Natural Resources Damage Assessment.

The Georgia Department of Natural Resources said they’re currently in a “pre-assessment” phase, and the full assessment will happen “once the removal is complete and all potential damages are understood.”

But at this point, no one is sure when the capsized ship will finally be gone. 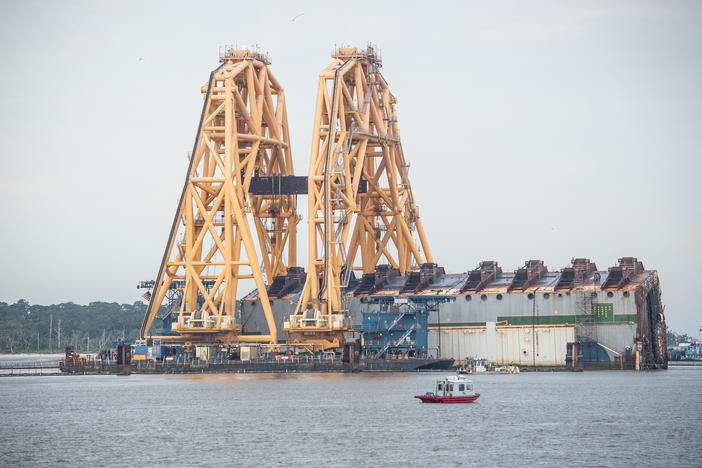 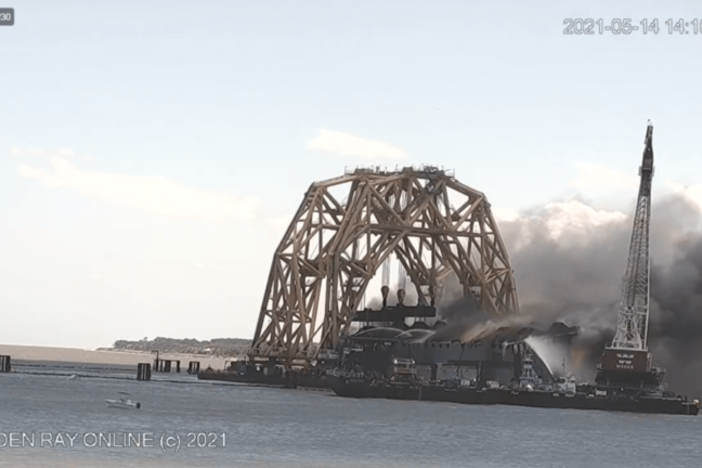 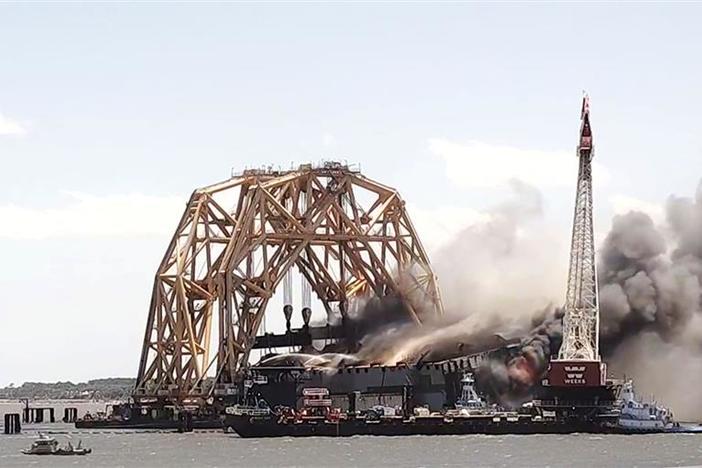 The Golden Ray, the massive container ship left stranded on its side in St. Simons Sound after running aground September 2019, was ablaze Friday afternoon, with flames stretching high into the air.