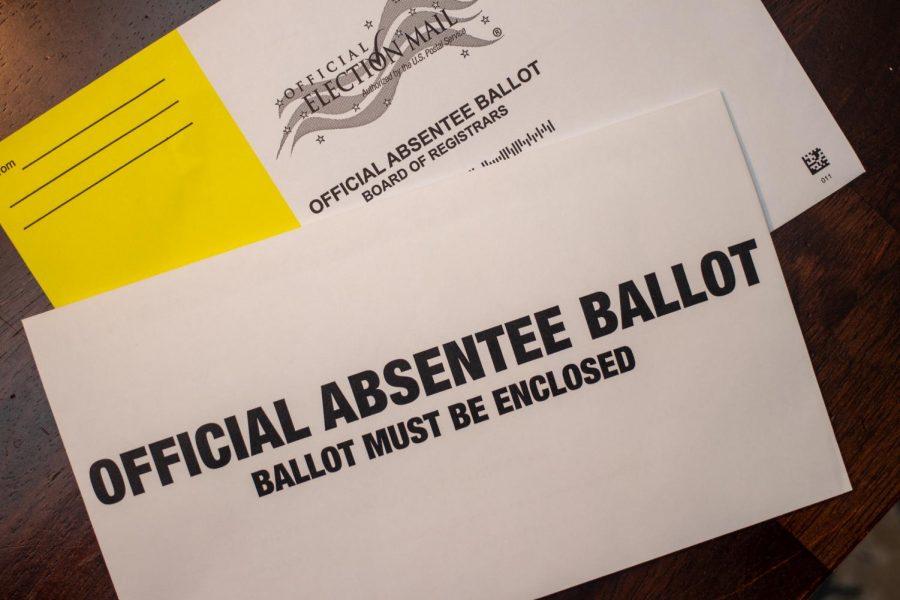 An omnibus proposal in the Georgia Senate could end no-excuse absentee voting.

Republicans in the Georgia Senate are considering walking back some of the proposals in an omnibus voting bill that could end no-excuse absentee voting after outcry from voting rights groups, Democrats and other lawmakers who say some changes are unnecessary.

The Senate Ethics committee will take up a new version of SB 241 Monday morning that removes several provisions from the 25-page bill, including a requirement to have absentee ballots returned with a photocopy of voter ID and a witness signature.

Changes to the bill comes after GPB News reported the initial proposal would give Georgia one of the most restrictive vote-by-mail laws in the country.

"I'm going to ask for a collaborative effort from our committee... we often talk about how bills can be perfected during these discussions, and this one's extremely important," Majority Leader Mike Dugan said after presenting his changes. "What we're doing here hasn't really been done since 2005, so it's not something that we ought to take lightly."

One section of the bill that would direct Georgia to join a "multistate voter registration system" will be clarified to note that Georgia is already part of one, the Electronic Registration Information Center. Legislation passed in 2019 said Georgia "may" join ERIC, and this language would require it. Another change would remove language that requires a witness and photocopy of voter ID to be included with an absentee ballot, after the majority leader said it was accidentally included from a rough draft. Only two states require a copy of ID to be returned with the actual ballot.

Perhaps the most controversial change proposed in the omnibus would eliminate no-excuse absentee voting, passed by Republicans in 2005 and used primarily by older Republican voters until the 2018 election cycle. Dugan said it was necessary to relieve an "undue burden" on elections officials tasked with handling both mail-in and in-person voting.

1.3 million Georgians voted by mail in the November general election, dramatically up from the tens of thousands that normally use that method.

"What we have listed here is a broad area that would serve for valid excuses, so the opportunities are still there but with the workload, the cost and maybe most importantly the greater certainty for our voters to know their votes counted," Dugan said.

The bill would restrict eligibility to those that are required to be absent during in-person voting periods, work in elections, are disabled, are "required to remain on duty" at work when their workplace is a polling place, observe a religious holiday that conflicts with the election day or are older than 65.

"Why does any Georgian need permission from the government to vote absentee?" Minority Leader Gloria Butler asked.

Later in the meeting, Sen. Brian Strickland (R-McDonough) proposed striking the proposal to limit absentee voting because of other legislation already approved by the Senate, SB 67, that would require absentee applications to include a voter's driver's license number or state ID number to verify the request.

"Voting absentee will be as secure as any other form of voting in our state," he said. "Also, I'm concerned that if we require these excuses to be offered in order to vote absentee, we don't have a way of enforcing that."

Strickland, one of only three Republican senators that is not listed as a cosponsor of the bill, said that the list of excuses could be setting up people to lie in order to vote by mail, and that there is not much support elsewhere in the Capitol for restricting absentee voting.

"If we're going to get this right, I think it's better to go out and get this right now, versus putting something in the bill that we know, or at least we are assuming will not pass in the House or get a censure by the governor," he said.

Since the committee meeting was only a hearing, a new substitute of the bill with all of the changes will be written before the next meeting Monday morning, but it is unclear if Strickland's proposal to keep no-excuse absentee voting will be included. Potentially, there will be one version with Strickland's proposal and one without that would each be discussed Monday.

The House omnibus bill, HB 531, passed out of the Special Committee on Election Integrity Wednesday after several days of hearings.