Georgia Rep. David Clark (above) was removed from the Georgia House chamber Tuesday, Jan. 26, 2021, for failure to comply with coronavirus testing rules.

Republican state Rep. David Clark (R-Buford) was removed from the House chamber Tuesday after refusing to follow rules requiring lawmakers to get tested for COVID-19.

"We have a member of this body who has deliberately failed — at all — to be tested since we began session, clearly in violation of our testing policy, jeopardizing the health of other members in the chamber," House Speaker David Ralston (R-Blue Ridge) said, before asking the Georgia State Patrol to remove Clark from the chamber. "I don't know about y'all, but I've been to too many funerals."

Speaking to reporters, Clark compared his removal to when 33 Black lawmakers were expelled from the chamber post-Civil War for their skin color, and said Ralston was a "dictator."

"Two tests a week is wrong on my conscience, when teachers can't get it and first responders can't give it," he said, providing no evidence to support his claims that these groups can't get coronavirus tests.

According to the latest numbers from the Georgia Department of Public Health, more than 6.2 million COVID-19 tests have been completed in Georgia since the start of the pandemic, and more than 713,000 coronavirus vaccines have been administered.

Clark, who is also one of several Republicans that tried to overturn Georgia's election results with baseless claims of voter fraud, also falsely claimed that members were only strongly encouraged to get tested, not required.

House rules for the 2021 session require both lawmakers and staff to be tested twice a week during the session, and Georgia Tech is operating a testing site in the State Capitol for those people twice a week.

The legislature went on an extended hiatus in 2020 after several lawmakers, including state Sen. Brandon Beach (R-Alpharetta), who is Clark's father-in-law, tested positive for the virus. This session, a handful of lawmakers have reported positive cases because of the preemptive surveillance testing and avoided an outbreak so far.

Rep. Bee Nguyen, an Atlanta Democrat who shares an office suite with Clark, said that the Gwinnett County lawmaker's actions were "dangerous."

"Rep. Clark's refusal to get tested is a dangerous political stunt and disregards the safety of all members of the General Assembly and staffers," she said. "He should not only be removed from the chamber, but also from committee rooms and from our legislative office."

Clark had his office space revoked Tuesday afternoon until he follows the rules and "not put other members and staff in harms way," according to a letter from Ralston's chief of staff.

Ralston's office also said in an email that Clark had been advised multiple times to get tested and his refusal to leave the chamber required further action.

"This morning, Speaker Ralston asked that member to leave the House Chamber until such time as he/she complies with the testing policy," the Speaker's office said. "This is about preventing the spread of a disease that has killed more than 12,000 Georgians."

Clark will be allowed to return to the House once he gets tested. 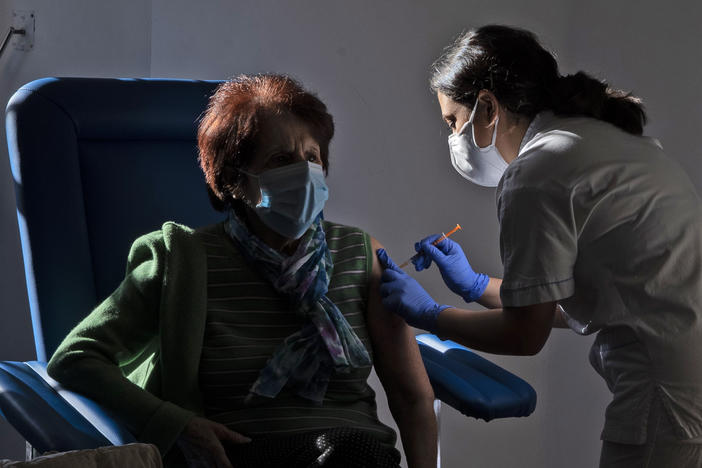 Monday on Political Rewind: A sobering anniversary came over the weekend. One year ago, the first coronavirus-related death was reported in the United States. Our panel weighed in on where we stand now in putting this pandemic behind us. When will more vaccine reach Georgia? What is being done to safety open schools? Our guests offered answers to some of the most common questions you are been asking. 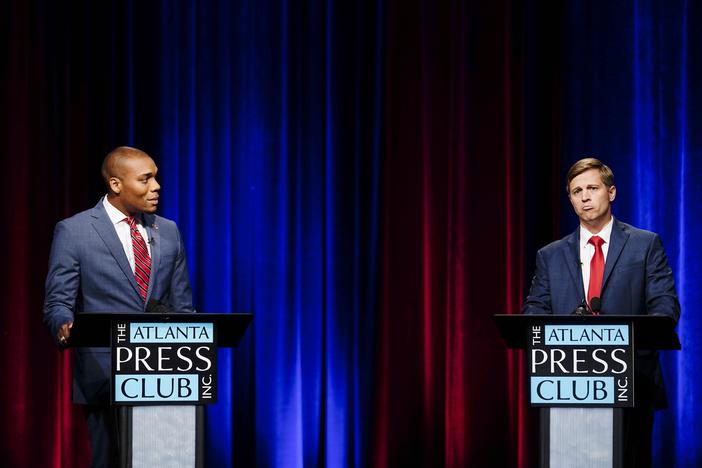