Political Rewind: After U.S. Capitol Siege, Nation And Georgia Ask, Where Do We Go From Here? 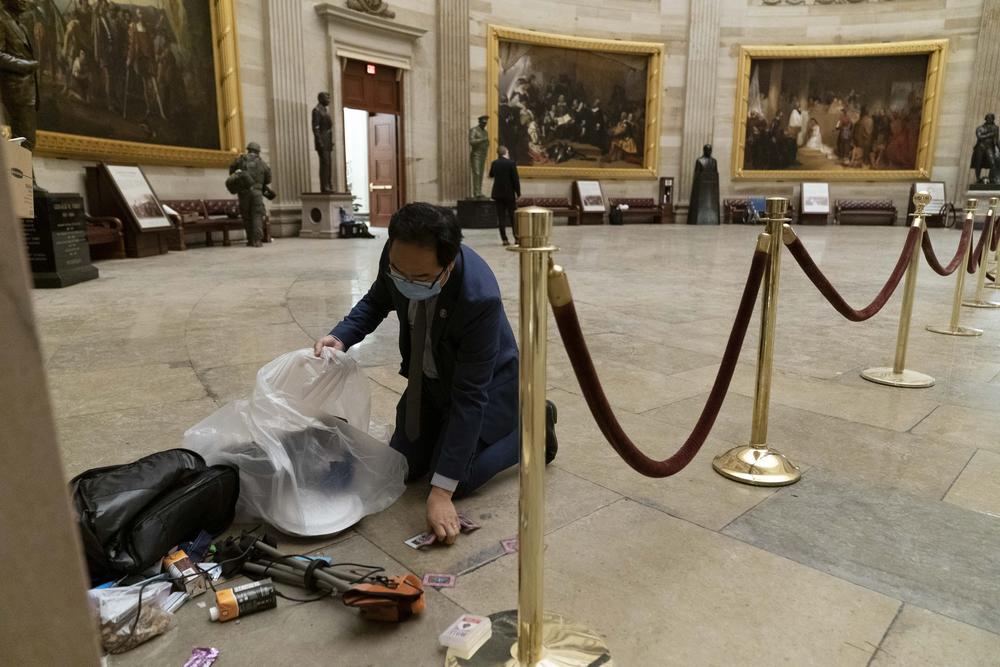 Rep. Andy Kim, D-N.J., cleans up debris and personal belongings strewn across the floor of the Rotunda in the early morning hours of Thursday, Jan. 7, 2021, after protesters stormed the Capitol in Washington, on Wednesday.

Thursday on Political Rewind: Georgia and the nation’s capital saw a day of triumph and turmoil on Wednesday. Democrats celebrated the twin victories of Georgians Jon Ossoff and the Rev. Raphael Warnock, who now give their party control of the U.S. Senate. Warnock will be the first Black man to represent Georgia in Congress while Ossoff will be Georgia's first Jewish senator.

Also, in the early hours of this morning, Congress officially affirmed the Electoral College victory of President-elect Joe Biden.

But these milestone events were overshadowed, at least for a time, by chaos incited by President Donald Trump. His supporters invaded the U.S. Capitol, forcing an evacuation.