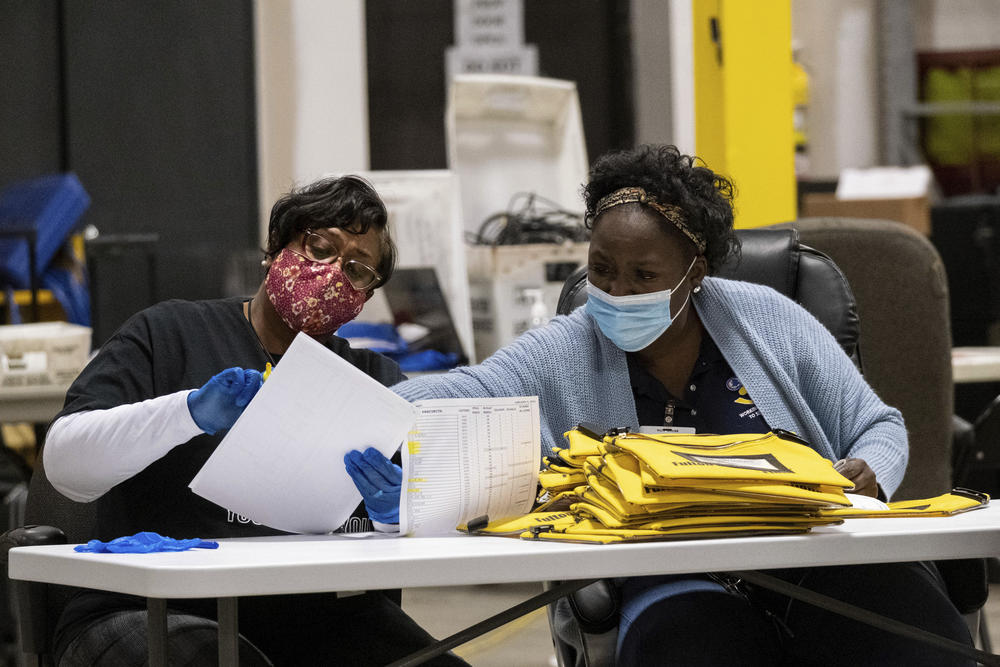 Late into the night as the Democrats took the lead in both contests, President Donald Trump dipped into his well-worn playbook to unleash a barrage of tweets questioning the integrity of the vote.