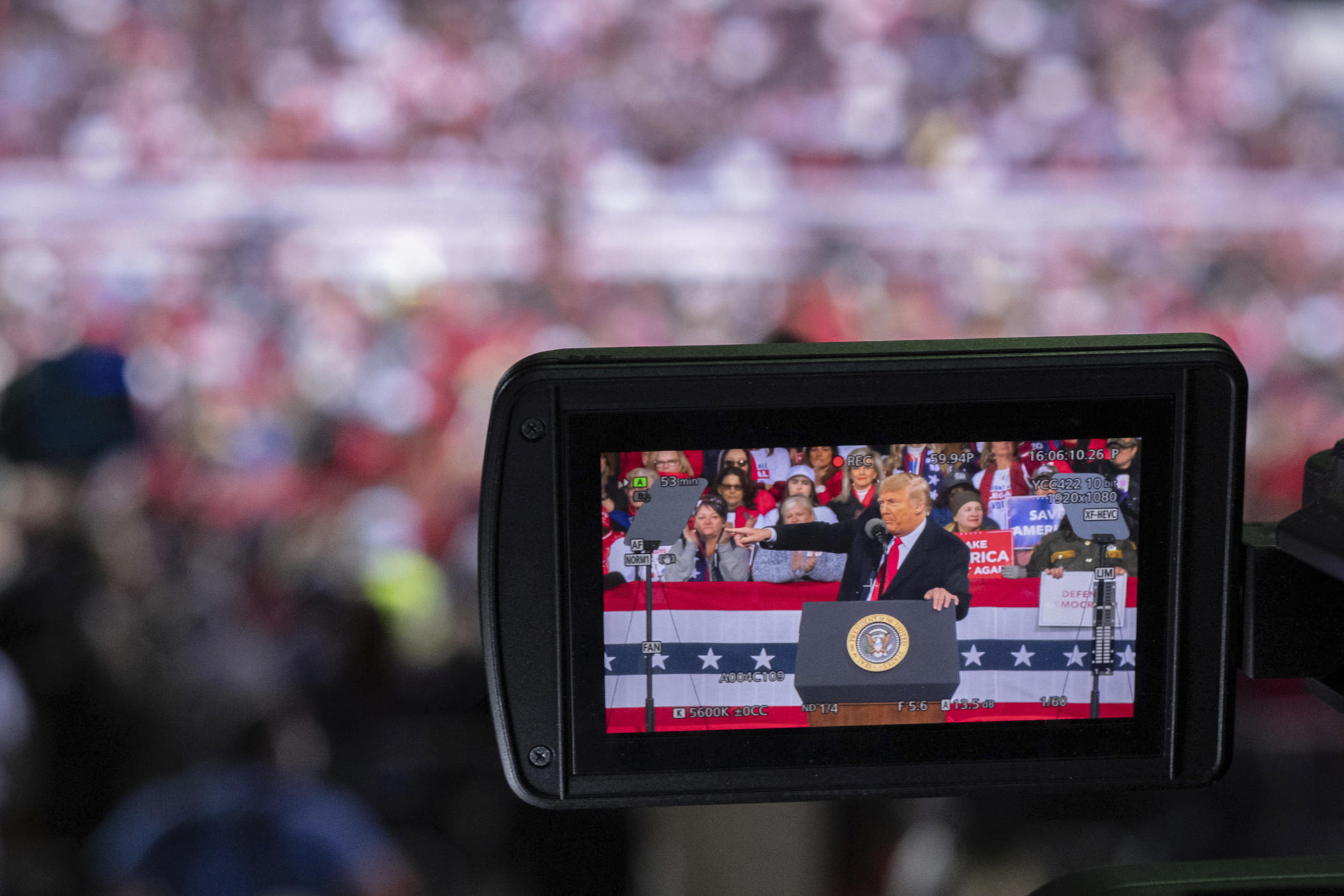 In the biggest understatement of the year, Secretary of State Brad Raffensperger announced Monday morning that for the second time, after three different counts, Georgia’s 16 electoral votes would be going to President-elect Joe Biden.

In the days leading up to that milestone, we have seen an avalanche of misinformation about Georgia’s vote-counting and election processes as President Donald Trump, his allies, and even state lawmakers have tried to subvert Georgia’s election results.

On Thursday, Dec. 3, the Georgia State Senate held two very different committee meetings concerning voting. In the Senate government oversight committee, representatives from the secretary of state’s office and Fulton County fielded questions from lawmakers about what went right — and wrong — with the election.

Ryan Germany, general counsel for the secretary of state, walked them through various changes wrought by the coronavirus pandemic, and debunked some misconceptions about absentee voting and vote counting.

“There's a reason that elections in each county are run by a bipartisan board,” he said. “It's to ensure that each political party has a voice and direct supervision and access into every part of the process.”

Fulton County had a much more difficult task of answering for dozens of rough headlines over how its election was run. The county is home to 10% of the state’s voters, and its representatives acknowledged the need for an all-hands-on-deck approach. All in all, that hearing steered lawmakers towards more ideas of how to tweak laws down the road.

The afternoon hearing was different. For about seven hours, a group of mostly Republican senators sat in the front row, as Rudy Giuliani, the president’s personal attorney, paraded several people in to convince lawmakers to overturn the election.

Ray Smith, an Atlanta attorney for the Trump campaign, filed a petition in the Fulton Superior Court contesting the results of the 2020 presidential election.

“Because of the irregularities and the abject failure of the secretary of state and the counties to properly conduct the election, it is impossible to certify the results of the 2020 presidential election,” Smith said.

Over the next several hours, the court heard speculation about rooms being too cold for voting machines, heard from alleged experts who claimed tens of thousands of ballots needed to be thrown out because they were illegally cast, and heard that the legislature needed to meet and appoint electors for Donald Trump.

Along the way, most of the testimony misrepresented basic facts about Georgia, used faulty statistics or methods to make points, or repeated conspiracies and claims that have been debunked.

One video showed supposed suitcases of ballots in State Farm Arena secretly added and counted after Republican observers were forced to leave. However, an investigation found those ballots were opened up earlier in the day and that there was nothing illegal or improper going on.

A conservative legal scholar, who falsely argued that Vice President-elect Kamala Harris was not a U.S. citizen, also stated that Republican lawmakers had the authority to toss out the state’s election results and appoint a slate of electors for Trump.

And that was just Friday.

On Saturday night, President Trump held a rally in Valdosta, Georgia — the first one since his defeat — to get out the vote for Sens. David Perdue and Kelly Loeffler in the Jan. 5 runoff that will decide control of the U.S. Senate.

It only took a few sentences in to confirm suspicions that he would instead focus most of his energy on his election, and make false claims about the vote counting process.

“You know, we won Georgia, just so you understand,” Trump said to a large crowd. “And we won Florida and we won a lot of places.”

There are high stakes in getting Republicans to turn out for this runoff, so having voters trust in the election system is paramount.

“The voters of Georgia will determine which party runs every committee, writes every piece of legislation, controls every single taxpayer dollar,” Trump said. “Very simply, you will decide whether your children will grow up in a socialist country or whether they will grow up in a free country.”

Trump just couldn’t help himself. He mentioned the debunked suitcase-full-of-ballots claim and aired clips from Newsmax and One America News alleging absentee fraud. He even decried “phony, fake” absentee ballots — then told his supporters to request them for the runoff.

That came on the heels of a call Saturday morning where the president once again pushed for Gov. Brian Kemp to call a special session to overturn the state’s results and order an audit of signatures on absentee ballots.

Trump was still fuming, he was in front of a sympathetic crowd that shouted down Sen. David Perdue (R-Ga.), and encouraged Doug Collins to primary Gov. Kemp in 2022.

By this time, state officials are just tired of counting ballots, attacks from the president, and misinformation.

“As I've said, it's like a ridiculous game of Whac-A-Mole,” said Gabrie Sterling, who is Georgia’s Voting System Implementation Manager. “They're going back to the algorithm thing that they did, that they've been debunked before.”

Meanwhile, there’s been a number of court challenges.

Last week, Giuliani and Smith said they would be filing an election contest in Fulton County seeking to overturn the election. The suit has since been rejected because they failed to pay the filing fee or properly fill out paperwork.

Then another election challenge brought in Fulton was dismissed because they sued the wrong people —  Raffensperger and Kemp.

Still, the biggest exclamation point was a federal court hearing from Sidney Powell, onetime member of Trump’s legal team, that claimed to “release the Kraken” of proof that there had been widespread fraud.

In court Monday, Powell repeated claims about Fulton County, voting machines in Ware County and others that had been debunked by state election officials as recently as that morning.

Powell, who is not an election attorney, told the judge that there was nowhere else this case could be filed, despite Georgia having a clear framework for election challenges to be filed in different courts.

The state mocked the Kraken terminology, writing over the weekend that, "Much like the mythological 'kraken' monster after which Plaintiffs have named this lawsuit, their claims of election fraud and malfeasance belong more to the kraken’s realm of mythos than they do to reality."

Judge Timothy Batten, appointed by President George W. Bush, dismissed the case, saying that federal courts were not like 24/7 emergency rooms to run to whenever someone has a problem. He found that the "Kraken" suit was lacking standing, was filed too late, and was requesting “the most extraordinary relief ever sought.”

In short, the Trump campaign’s efforts to overturn the election have fallen short with the safe harbor deadline reaching the horizon, but that doesn’t mean this battle is over. Republican lawmakers still want to make drastic changes to voting after this election. They have given credence and support to Trump’s fantasies and the legislative session starts in just a few weeks’ time.

“It is now time to direct our energies towards the Jan. 5 runoff election and then to making Georgia an even better place to grow your businesses, raise your families and enjoy prosperity here in Georgia,” he said.

In the following episodes, we’ll discuss why Election Day went so smoothly. We will also talk about the Senate debates — empty lectern and all — and what absentee voting for the runoff looks like.