Rebuilding After A Wildfire? Most States Don't Require Fire-Resistant Materials

Homeowners are rebuilding after wildfires, but many won't be required by governments to use fire-resistant materials. Without such improvements, communities face harm again with the next fire.

Next, we have a story of a missed opportunity after disaster. This year's record-breaking wildfires have destroyed more than 17,000 homes and buildings across the United States. They have to be rebuilt, and rebuilding them with fire-resistant materials could help them survive the next fire. But an NPR analysis finds that many states do not require that. NPR's Lauren Sommer has more.

LAUREN SOMMER, BYLINE: Daniel Gorham does detective work - not for people, but for houses. He's sifting through a pile of charred rubble, all that remains of a house in Santa Rosa, Calif.

SOMMER: Gorham is a research engineer with the Insurance Institute for Building and Home Safety. He's looking for clues about how homes survive wildfires because sometimes they do.

GORHAM: We saw that on one side of the street, there were homes completely unaffected, where across the street - so less than 50 feet away - they were completely destroyed.

SOMMER: Sometimes that's just luck. But other times, Gorham can figure out what made the difference.

GORHAM: There was one home in particular. An ember had ignited the mulch in the backyard.

SOMMER: Most houses aren't ignited by the fire itself. It's the embers, blown up to a mile away. Gorham could see that the mulch burned all the way to the deck. But the deck wasn't made of wood, and the home didn't ignite. He says it shows how fire-resistant materials can be crucial, like for a roof or siding. Even small things can make a difference, like covering up attic vents with mesh so embers don't get blown inside your house.

SOMMER: In California, wildfire codes are mandatory in high-risk areas. Almost every house that burned this year will have to meet them if they're rebuilt. But that's not true across the West. According to an NPR analysis, more than 6,000 homes in other states won't be required to be wildfire resistant.

SOMMER: Because in those other states, wildfire building codes have gotten pushed back.

UNIDENTIFIED PERSON: The first item is Item 7-A.

SOMMER: In Oregon, state building officials began debating wildfire codes two years ago. Firefighting officials like Ralph Sartain of Ashland Fire and Rescue made the case that many cities are growing into risky areas.

RALPH SARTAIN: We're pushing further and further into the mountains, but we're not doing anything to protect the buildings that we're getting, and we're getting wildfires and wildfires.

SOMMER: But homebuilders on the state's code review council, like Jan Lewis, questioned the need for wildfire codes.

JAN LEWIS: I think it's unnecessary. I think it's time to allow Oregonians the freedom to choose where they want to live and the personal responsibility to construct their homes to work with that choice.

SOMMER: The wildfire codes did get approved in Oregon, but they're optional. Cities and counties can choose whether to use them. Sartain says only two cities and one county have considered it so far.

SARTAIN: We would love to have seen it as a statewide adoption, but we could barely get it passed as voluntarily applied inside of a city or inside of a county. The homebuilders would not allow it in any way, shape or form on a statewide basis.

JUSTIN WOOD: It's a real-world issue that we have to figure out how to incorporate the costs of these increased things.

SOMMER: Still, independent studies have shown it can actually be cheaper. And Wood personally sees the need.

WOOD: I think if you're going to be building houses up in wooded, forested areas, I would take measures to protect the home.

SOMMER: Homebuilding groups in Colorado have also opposed statewide wildfire building codes, which means thousands of homeowners in Colorado and Oregon are deciding how to rebuild for themselves.

CHRISTIANA RAINBOW PLEWS: I actually didn't know that my own home had burned for a couple of days.

SOMMER: Christiana Rainbow Plews is fire chief of the Upper McKenzie Rural Fire Protection District in central Oregon. In September, she and her crew responded to a brush fire that turned into an inferno. Hot weather made vegetation bone dry, conditions that climate change is making worse.

PLEWS: It was really just a perfect, perfect setup for a disaster like that.

SOMMER: More than 400 homes burned, including her own. Now she's just starting the slow process of rebuilding. She plans to use fire-resistant materials, which isn't required, but she thinks others in her community will struggle with that.

PLEWS: If they were underinsured or not insured, what they can afford may not be what they actually want. They may have to settle for something that's less fire resistant.

SOMMER: It's a lower priority, she says, when your basic needs aren't met. Months later, hundreds of people are still in hotels.

PLEWS: It's awful, and the morale is just, you know, rock bottom.

SOMMER: It's why without help, the months after a disaster are actually the hardest time to prepare for the next one. 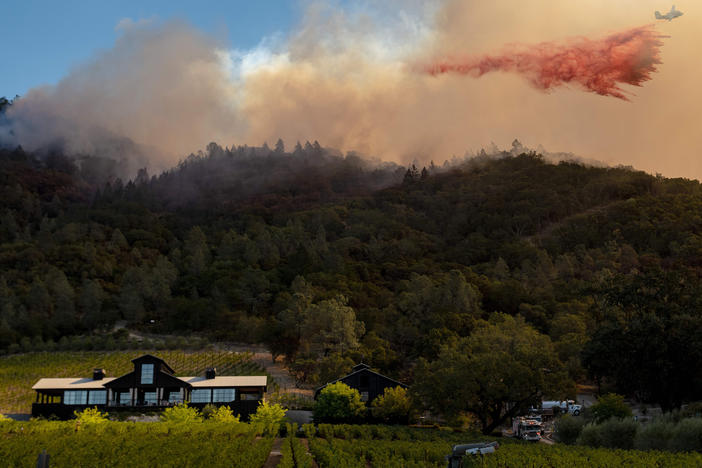 Millions Of Homes Are At Risk Of Wildfires, But It's Rarely Disclosed

Many homeowners who lost everything in a wildfire had no idea they were at risk. Only two states require disclosing wildfire risk to buyers in the house hunting process. 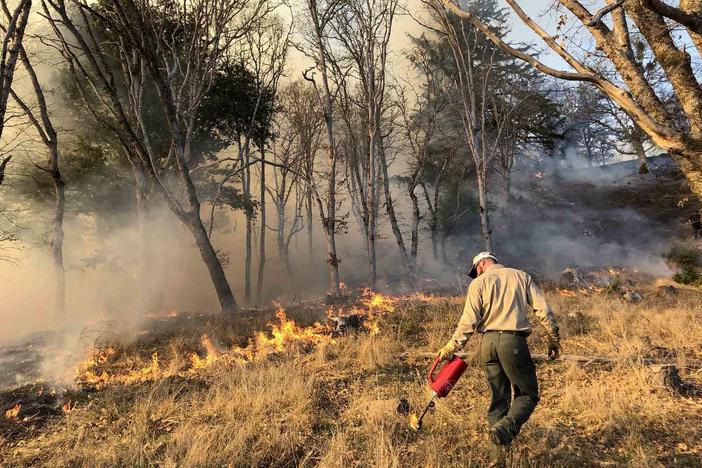 Another destructive fire season has Western states searching for ways to prevent it. The Southeast just might have the answers: setting controlled fires before the wildfires come. 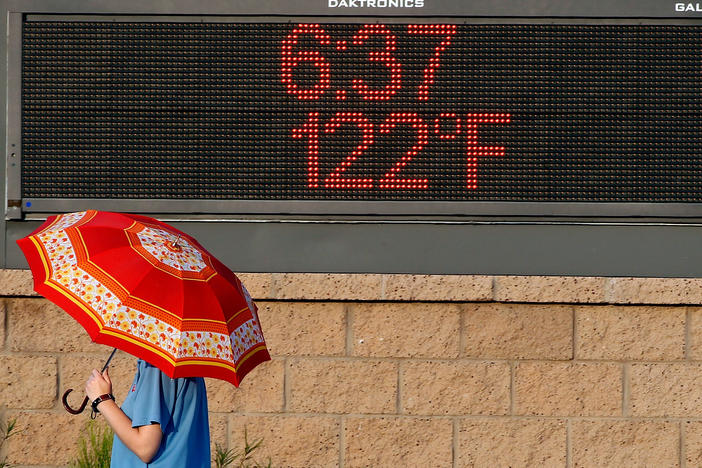 2020 May Be The Hottest Year On Record. Here's The Damage It Did