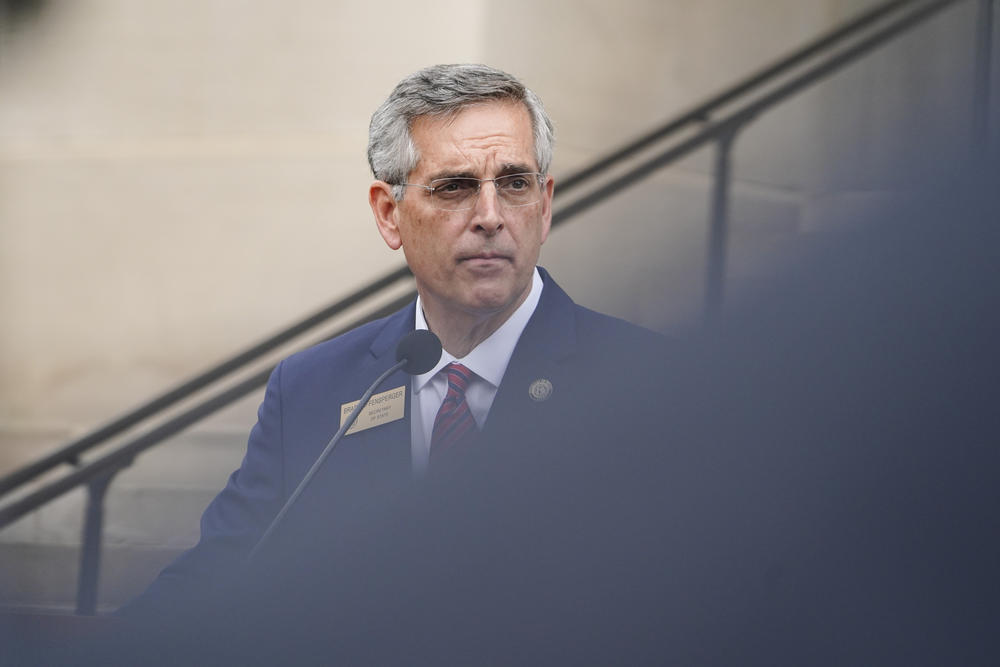 Georgia Secretary of State Brad Raffensperger speaks during a news conference on Wednesday, Nov. 11, 2020, in Atlanta. Georgia election officials have announced an audit of presidential election results that will trigger a full hand recount.

Raffensperger called on Georgians to ignore false conspiracy charges about election fraud. So far, the statewide risk-limiting audit has found no acts of fraud.

2,600 previously uncounted votes were uncovered yesterday in Floyd County after a memory card was not uploaded. The Secretary of State’s office called it an “amazing blunder” and has asked the Floyd County elections director to step down. There were around 850 new votes for Joe Biden and 1,600 new votes for President Donald Trump.

Also: Vice President Mike Pence is scheduled to travel to north Georgia to campaign for Sens. David Perdue and Kelly Loeffler on Friday. Georgia’s pair of Senate runoffs are expected to draw big names and big money to the Peach state in the lead up to the Jan. 5 election.

A spokesperson for the Biden campaign said the president-elect will soon schedule a trip to boost support for Democratic U.S. Senate candidates Jon Ossoff and Raphael Warnock.