Catherine Flowers, founder of the Alabama Center for Rural Enterprise, won a 2020 MacArthur "Genius Grant" for bringing attention to the sanitation crisis facing both her hometown and across the U.S.

More than 10 years ago, Catherine Flowers was doing economic development work in Lowndes County, Ala. She learned that people were being arrested in Lowndes for not having working septic systems. On one visit, she met a young woman whose toilet waste flushed directly into a pit out by her back steps. There were mosquitoes around the pit. And Catherine got a bunch of bites.

CATHERINE FLOWERS: I didn't think anything of it until I broke out in a rash. And when I broke out in that rash, I went to my doctor. And she did all the blood tests and everything to test. And everything came back negative. And I asked her, is it possible that I have something that American doctors are not trained to look for because they don't even acknowledge that there's a raw sewage problem in this country?

KING: That experience started Flowers onto a new career as an environmental activist. She recently won a MacArthur Foundation Genius Grant for her work calling attention to the lack of sanitation infrastructure in some parts of rural America, like Lowndes County, where she's from. I should note, the MacArthur Foundation is a financial supporter of NPR.

FLOWERS: A lot of the soil holds water. That's just one of the factors. So when it rains, for an example, it takes a while for the water to drain through the soil. And then the other part, the other condition, that I think is related more so to climate change than anything now is that the water tables are getting higher.

So the groundwater, you know, with the water tables being higher - in one case that we've been working on in terms of trying to get a septic system in place onto a property, we went down 25 inches and struck water. So with the water tables being high, that makes it bad as well. And then we're having lots of rain, you know, with all of these storms. Whenever it rains, people that do have onsite septic systems tend to have a lot of failures. And failures mean that the sewage will come back into the house or come out on top of the ground because there's too much water.

KING: Can you tell me - how common is that? I mean, that's the kind of thing, I can imagine - there's a hurricane. And a town gets hit particularly hard. And, yes, you'll see some of that for a week or for a month. It sounds like what you're describing is a persistent problem. Tell me what you're looking at when you go into the field.

FLOWERS: There are various types of problems. One common type of problem are people that are living in - particularly people that are living in mobile homes who straight pipe, which means that when they flush their toilets, it goes straight out on top of the ground. There are others where people have had wastewater - you know, they've had sanitation through a septic tank, and their septic tank has failed. And when those septic systems fail, it pushes the sewage back into the house. People have complained about it going - coming in. One family told us they came home, and their house was full of raw sewage. In other cases, it'll come in through a bathtub or through a sink and end up in the house.

FLOWERS: So those are things that we've seen. And in other cases, we've seen it outside of the homes. And because they've gotten systems that are just not dealing with the current conditions very well and can't be maintained, because that's always the narrative we're getting - oh, they can't afford to maintain them. Well, let's build something that they can maintain because the toilets not only, you know, are for getting rid of waste, but that's where a lot of viruses are deposited - and especially now that we know that raw sewage can emit COVID.

KING: It isn't just COVID, though. I would imagine there are multiple diseases, infections, viruses that would afflict and affect people down there. If folks have raw sewage coming back up into their homes, what does that mean for people's health?

FLOWERS: Well, let me pivot to COVID for a minute and then...

FLOWERS: ...Then expand. But Lowndes County had the highest per capita death rate and the highest per capita infection rate for COVID in Alabama. And this is a county that has less than 13,000 people. And the educated guess is whether or not the fact that they're around raw sewage made them more susceptible to COVID. We haven't answered that question yet.

And then the other thing that we do know is that - with our work with the National School of Tropical Medicine at Baylor College of Medicine, we did find hookworm and other tropical parasites when we did a study in 2017. So the extent to which there are health problems that are impacted by raw sewage, we don't know the full extent yet. But in terms of knowing that it does have an impact and increases the disparities that exist, we know that that does happen.

KING: This is not just Lowndes County, Ala., there are other parts of the United States?

FLOWERS: This is not just a Lowndes County problem. This is a U.S. problem. Throughout rural communities throughout the United States of America - and that's one of the things we want to do is document this because people don't tend to know that this exists. But throughout the United States, there are places that have wastewater problems, wastewater treatment problems, where sewage ends up on the ground.

I've went to a place called Centerville, Ill., where I was invited there by local activists that are working to try to change that problem. And I saw just as much raw sewage on the ground there as I saw in Lowndes County. But one of the things that COVID should teach us is that we cannot allow this to exist without addressing it. If we do not address it, then we're going to have more disease. And we're going to have diseases that could be worsening COVID.

KING: What does a win look like in your line of work? I imagine opening people's eyes to the fact that this is happening in the United States is in and of itself huge. But how do you measure success? When do you know, at the end of the day, like, something has changed for the better? What does that look like?

FLOWERS: Well, first of all, the fact that we're talking about it now. When I first started doing this work, I was told that this was not sexy, and this was something that the media wouldn't cover. That's one thing. And then the fact that I had the opportunity to testify - I was called to testify before a subcommittee in Congress. I think that that was showing some progress. And then they were talking about this issue in other parts of the country. I think that's also showing progress.

And that - and the fact that I've been recognized for this work that is not glamorous (laughter) - not in the in the least bit. It's not glamorous at all. But what success looks like is that now we're in discussion about developing technologies that can work. If we can treat wastewater in outer space to drinking water quality, why can't we do that here on Earth?

KING: Catherine Flowers is founding director of the Center for Rural Enterprise and Environmental Justice and the recipient of MacArthur Genius Grant. Thank you so much for being with us, Ms. Flowers. We really appreciate it.

FLOWERS: Thank you so much. 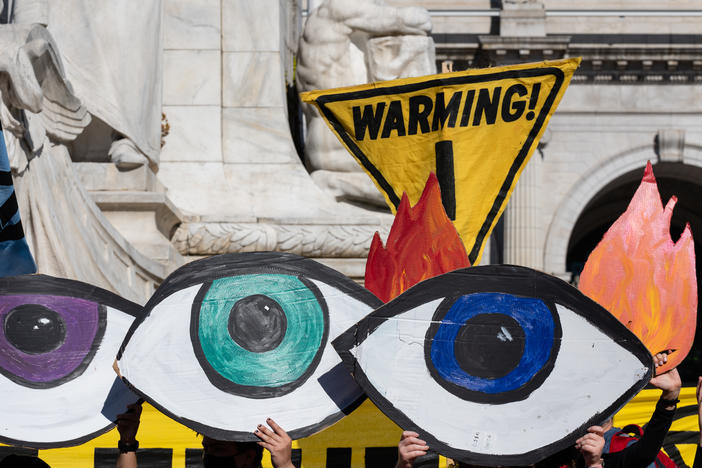 Climate activists say Biden's staff picks are a sign of his seriousness about tackling the issue. But banning anyone with fossil fuel ties could wipe out a lot of experience in getting things done. 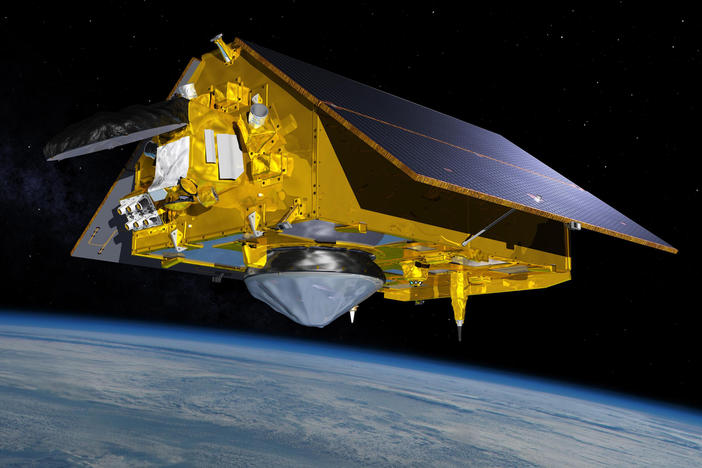 Space is the best place — maybe the only place — to get a complete picture of how climate change is affecting the Earth's oceans. And what happens in the ocean does not stay in the ocean. 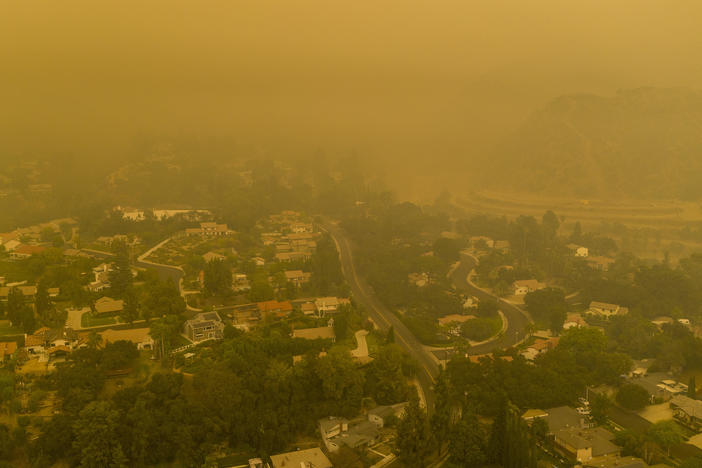 The United States received a deluge of criticism from national and international organizations for its departure Wednesday from the Paris Agreement.