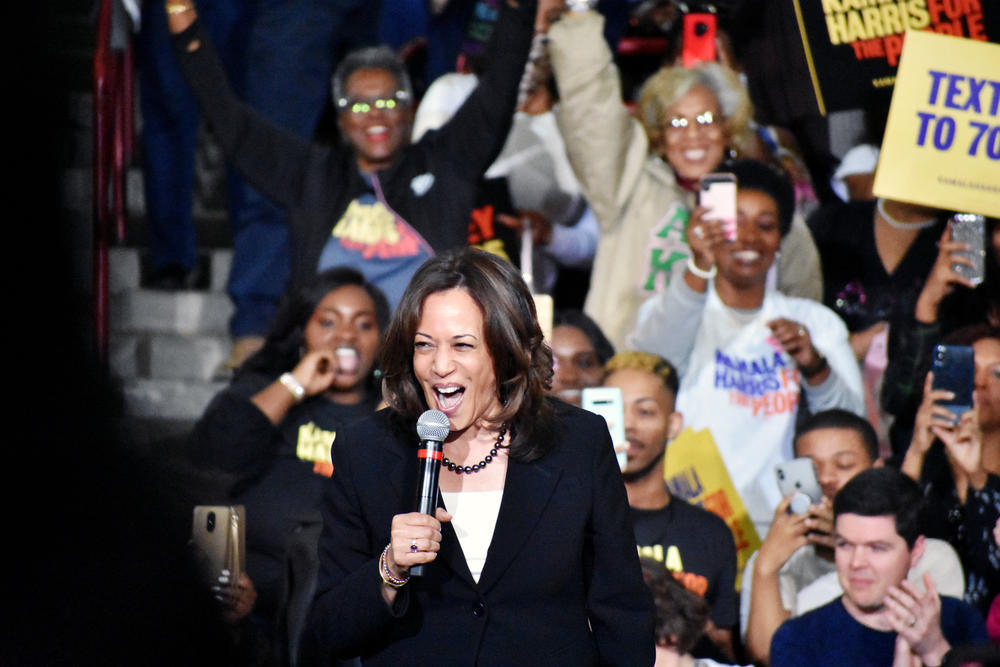 Democratic vice presidential nominee Sen. Kamala Harris will be traveling to Atlanta Friday to campaign in a battleground state that has seen overwhelming early voting turnout and enthusiasm for the election.

The senator from California is making her first trip to the Peach State since being named Joe Biden's running mate from a list that included two prominent Black Georgians, Atlanta Mayor Keisha Lance Bottoms and former gubernatorial nominee Stacey Abrams.

Exact details about Harris' trip have not been released, but the timing of the trip comes one day before a statewide mandatory Saturday of early voting and one week after Sen. David Perdue mispronounced her name at a Trump campaign rally in Macon – a comment that has drawn widespread criticism over what many say was an intentional bungling of her name.

Sen. David Perdue is being criticized for mispronouncing Sen. Kamala Harris' name. Democrats said he mocked the Vice President nominee's name, while showing racism and prejudices. A spokesperson for Perdue said the first-term senator “didn't mean anything by it.”

Harris held a rally at Morehouse College in Atlanta last year as part of her presidential bid, and spoke at the historic Ebenezer Baptist Church about fighting for justice.

“Understand that America’s greatest promise was built on building bridges, not walls,” Harris said to applause. “This is what I’m seeing from our country which gives me a great sense of optimism about where we can go.”