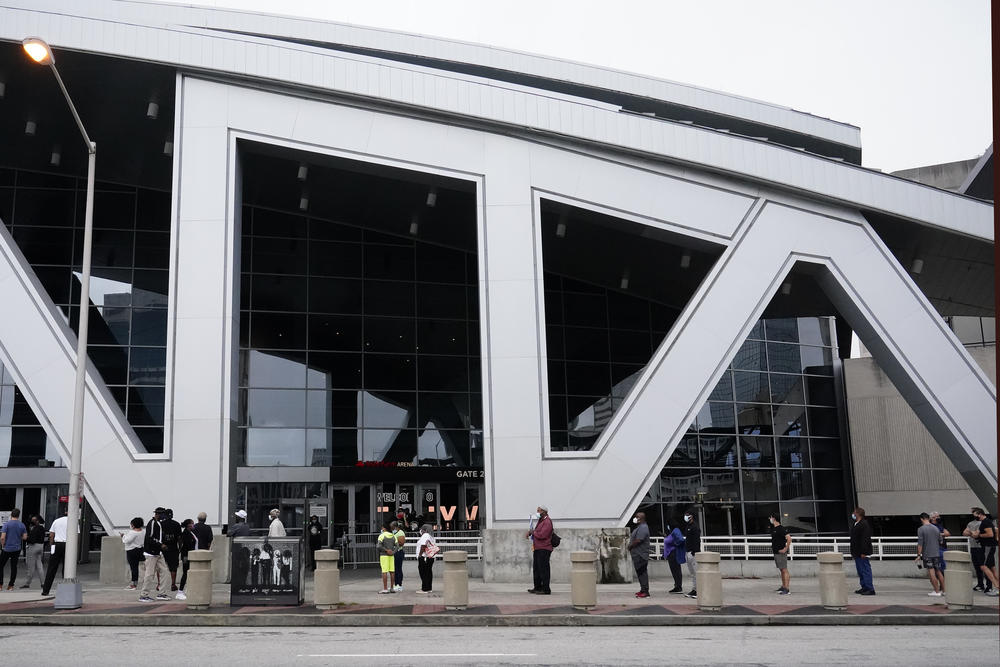 People wait in a line to vote early at the State Farm Arena on Monday, Oct. 12, 2020, in Atlanta. So far, Atlanta's Fulton County, which is Georgia's most populous, claims the highest voter turnout — with more than 86,000 voters having cast their ballots. 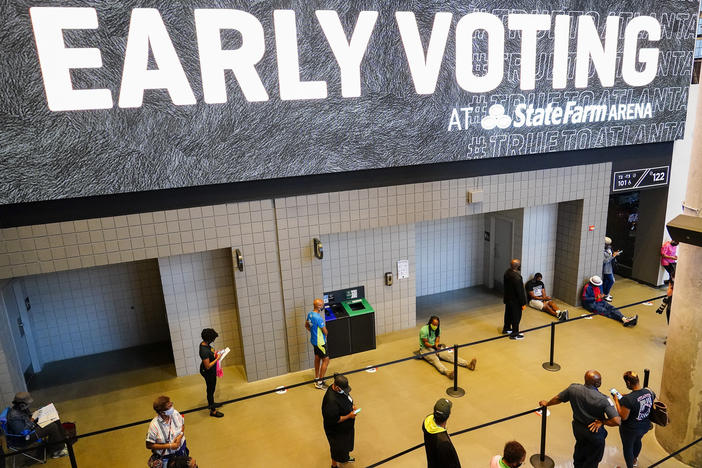 Also: Sen. David Perdue and challenger Jon Ossoff met yesterday in the first televised debate in the race for Perdue’s Senate seat. Both lobbed harsh criticism towards their opponent with just weeks to go in the contest.