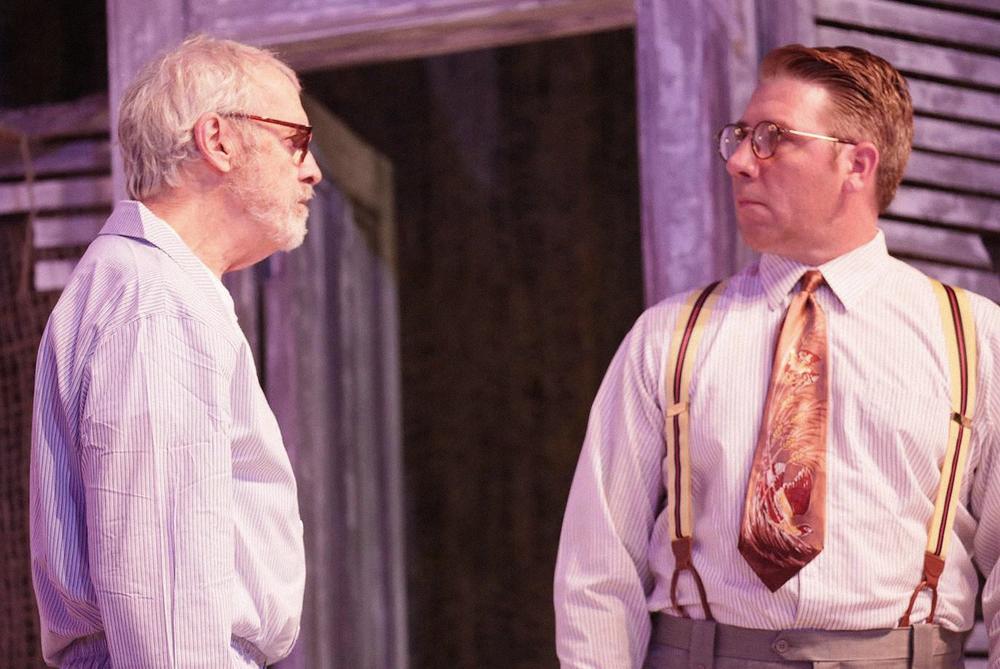 Atlanta actor Topher Payne (right) says theaters around the state are now in an 'unprecedented' situation to stay afloat.

Out of Box celebrated its eighth year in business this week. But Carolyn Choe never imagined her theater company would experience anything like the COVID-19 outbreak.

The theater's new musical, Personals, stopped a week after its debut when worry over coronavirus forced Out of Box to close the doors. Giving the cast and crew the news almost broke Choe.

"It just breaks my whole heart to tell these people who worked so hard that they can't do it anymore," Choe said. "We're all devastated."

Most local theater companies have canceled their current productions and are now faced with empty seats and stages.

Unprecedented uncertainty about the season ahead has left actors, crew, and directors unsure of what to do next. Atlanta Mayor Keisha Lance-Bottoms earlier this week prohibited gatherings of 50 or more people as the Centers for Disease Control and Prevention recommended for businesses and meetings nationwide.

Choe said she's seen a lot of other theater companies trying to shift their schedules around, but doesn't want to make that move yet, given how fast circumstances continue to change.

"Honestly, it's pretty dire, to look ahead and not see any income, " Choe said. "I'm frightened. A lot of people are frightened."

Paul Glaze had never seen circumstances this serious for the arts community in his entire career as an Atlanta-based actor and stagehand. He said he believes the consequences could be wide-reaching across the state in a way that few can truly understand.

"I expect two to three theaters to completely shut their doors," Glaze said. "Honestly, every theater in a private space may go under. We're already talking about thousands of people out of work."

Many theater owners don't have the cash reserve to support a payroll for their staff during a long-term shutdown. Glaze suggested the only solution is for the major theater unions to step in and encourage any stimulus package from the government to include keeping theaters afloat.

"It does look like some form of direct payment will help the artists," he said. "On a political organizing level, we have to be prepared to flood political offices with calls from the theatre community that we need to be included in any entertainment industry bailout."

The once-in-a-lifetime situation has left theaters struggling to survive.

Actor, director and playwright Topher Payne was preparing for the debut of his play, Morningside, at the Springer Opera House in Columbus before production shut down last week. The waves of uncertainty that swept through the theater community have caught him, like many of his peers, off guard.

"We've seen circumstances in the past where one arts organization is in a bind and the community comes together to help," Payne said. "This is unprecedented in scale because we're talking about the concept of theaters across the country in jeopardy."

"I was actually out of town last week when all of this happened," Adler said. "Just over the weekend, everyone started to cancel their productions."

Adler said that Georgians should be mindful of how important the arts community is to the state economy and also how vulnerable they are in this moment.

"All of us are on the line all the time," Adler said. "One bad show, one thing down at the box office, any of these things put you into jeopardy as is."

Regardless, Adler said the arts community has each other's backs.

"The arts community is tight," she said. "We'll get through this together."