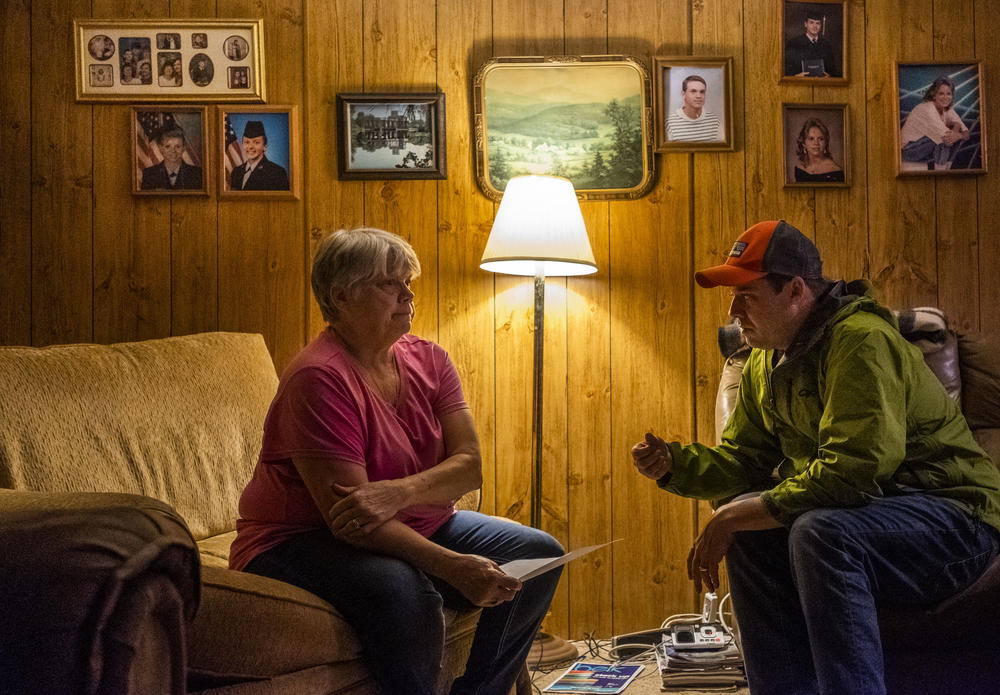 Fletcher Sams, right, explains to Gloria Hammond of Juliette, Ga. that the water in her well tests many times over the California limit for hexavalent chromium, a known carcinogen and constituent of coal ash. / GPB

It was late on a rainy night when Fletcher Sams of the Altamaha Riverkeeper guided his truck down a long muddy road to Ken and Dorothy Krakow’s home on the banks of the Ocmulgee River. With him in a notebook were the results of their well testing.

He laid out the bad news on their kitchen table after digging through his notebook with data from over 60 other homes.

“It is tied at the very highest for the worst,” he said.

Dorothy Krakow buried her face in her hands at the news. Ken Krakow cracked a joke.

Sams went on to explain that the Krakow’s water is contaminated with a cancer causing heavy metal called hexavalent chromium. They aren’t alone. People all around the town of Juliette are beginning to get answers about what harmful substances might be in their drinking water.

They wanted Sams to find out because they are anxious after decades of living next to the coal ash pond at Georgia Power’s Plant Scherer, which they now know is partially submerged in the aquifer from which they draw their drinking water.

Meanwhile, a pair of bills aimed at storing toxic coal ash away from drinking water look like they may not make it through Crossover Day. That’s when bills from one side of the legislature pass to another, part of the path to the governor’s desk.  While some want more evidence that coal ash is causing harm in Georgia before acting on the bills, for many in Juliette, uncertainty is reason enough.

At their kitchen table, Sams explained to the Krakows their water is over 500 times the hexavalent chromium health advisory limit in California. It’s also about 150 times the limit in North Carolina. Here in Georgia, their number has no context.

“There’s only two states in the Union who have limits on hexavalent chromium. Georgia is not one of them,” he told them.

Georgia follows EPA coal ash rules which only consider total chromium content, and other types of chromium are less toxic than hexavalent chromium. Plus, despite more than a decade of work that is still ongoing, the EPA has still not settled on guidelines for human toxicity of hexavalent chromium.

So Georgia Power’s contamination of the aquifer from which the Krakows and their neighbors draw their drinking water is within legal limits.  All this leaves people in Juliette confused, scared and looking for answers.

Amber and Cameron Joyner are among the families in the town of Juliette who live near Georgia Power's Plant Scherer and who have elevated levels of the carcinogen hexavalent chromium in their well water.

Enter Avner Vengosh, professor of water quality and geochemistry at Duke University.  He’s done over a dozen studies of coal ash and water ground water and even helps edit an international academic journal on water quality. He’s coming to do his own well testing in Juliette, and he’s testified before the EPA about the dangers of coal as recently as last year.

Years ago, he undertook a study of hexavalent chromium, coal ash and well water across North Carolina. Based on his prior studies,  he expected to see hexavalent chromium in water near coal ash ponds. That was true, but he also found it all over the Carolina piedmont, even away from ash ponds.

And so hexavalent chromium could be naturally occurring in Juliette, too. That would have other implications for drinking water safety beyond the coal ash pond. But, Vengosh stresses he has to conduct a lot of science to know for sure. Meanwhile, he said coal burning utilities will seize on this idea of natural occurring hexavalent chromium to say it isn’t their problem. He disagrees.

“All shallow ground waters underlying coal ash ponds across the country, not only North Carolina, everywhere, are being contaminated with effluent that is leaking from coal ash,” he said.

So even if today the hexavalent chromium in Juliette is naturally occurring, Vengosh says one day it will likely be from coal ash. Vengosh said, therefore, Georgia Power has an obligation.

“They need to excavate the existing coal ash away from the pond. They cannot just leave it because over time it will generate leachate and continue to contaminate the underlying groundwater,” Vengosh said.

“They need to take it away and they need to put it in a safe landfill, so that it will not allow this leaching out of contaminants from the coal ash.”

That is what is prescribed in the bills in the Georgia House and Senate, but some lawmakers have said they want more evidence that Georgia Power ash ponds are making people sick before forcing the utility’s hand. Chris Bowers, attorney with the Southern Environmental Law Center, said that’s getting it backwards.

“The whole purpose of these environmental laws is to prevent bad things from happening,” Bowers said. “You do not want to be in a situation where people are poisoned after the fact and then you look back and go, ‘Wow, we really should have interpreted this the way we could have and we should have.’”

Turns out the Monroe County Commission which represents the people of Juliette agrees. And it’s they who are paying for Avner Vengosh’s research.

“This coal is sitting 40 to 75 feet deep in our aquifer. And, you know, nobody knows the everlasting effect of that,” Commissioner George Emami said during a recent commission meeting.

But Vengosh won’t even start his work in Juliette until after the day when the coal ash storage bills might die in the Georgia legislature.

So it was to the relief of some Juliette residents when during the same meeting where they announced Vengosh’s research, their commission unanimously voted to support the coal ash management bills, too. Just to be safe. 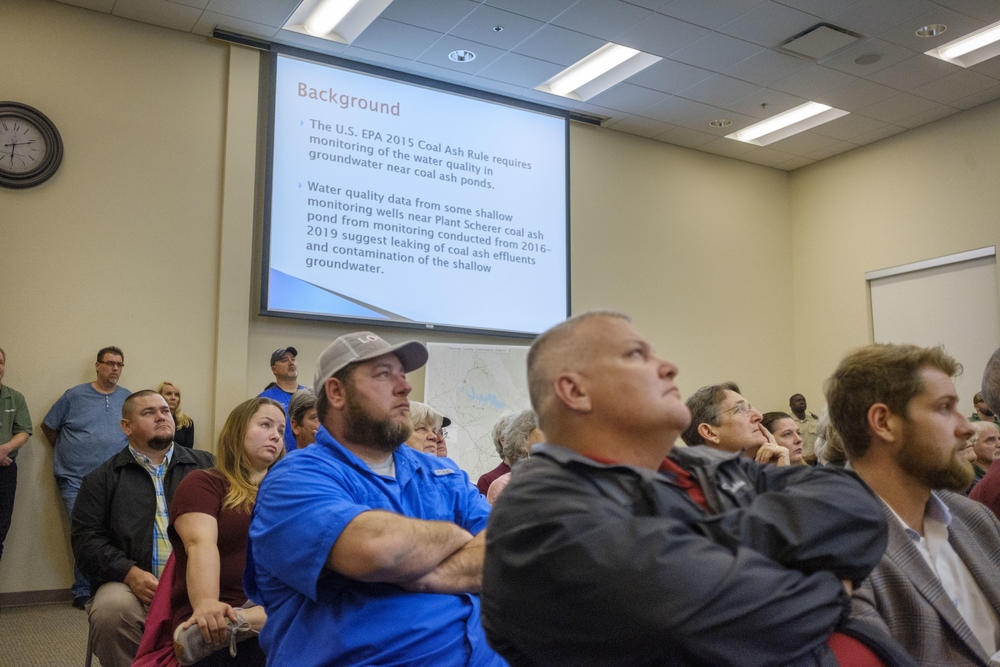 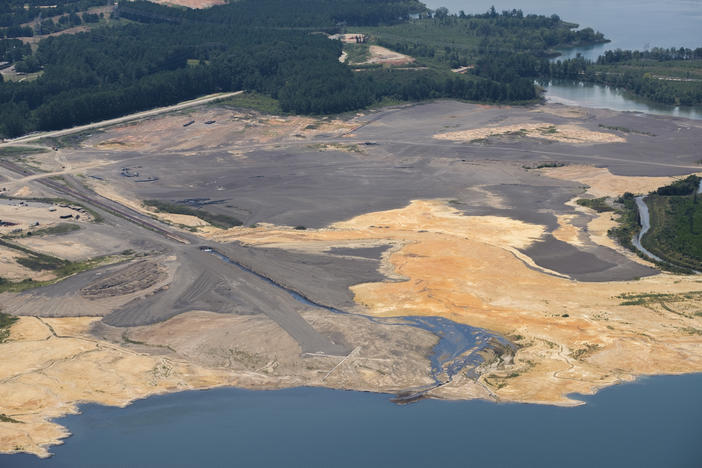