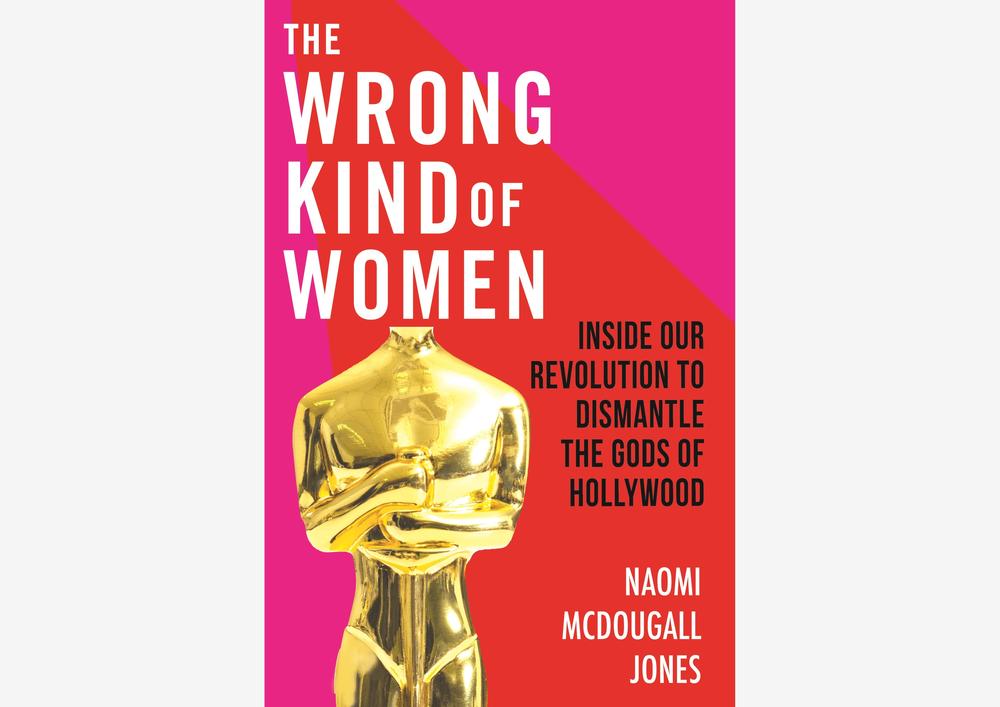 The Oscars nominations were announced this year with no women nominated for Best Director, the hashtag #OscarsSoMale began trending online. In the past 92 years, only five women have ever been nominated in the category.

For some, this outrage is nothing new. In a TED Talk that went viral, Atlanta-based actress, writer and producer Naomi McDougall Jones proposed that nothing short of a revolution would break the predominantly male hold on power in the film industry.

Jones’ book The Wrong Kind of Women: Inside Our Revolution to Dismantle the Gods of Hollywood was published on Feb. 4. She joined On Second Thought to talk about her views of the Oscars, her knowledge of the history of women in Hollywood and the oppression actresses and female directors face.

So this is a piece of history that has been largely lost and written out [...] women, they were the majority of screenwriters during the silent film era. At the beginning of the film industry, people thought it was kind of an eccentric hobby. Nobody really expected it to turn into an industry or a money making venture. And then when talkies came in, Wall Street sniffed the smell of money and they quite literally said, ‘Look, we'll invest in this industry, but you've got to get the women out.’ So then, by 1945, they were really gone. And from 1945 until 1985, women directed less than one half of 1 percent of all studio films and TV shows.

Well, so this was a topic I'd been speaking about publicly since about 2013. And then, of course, [Harvey] Weinstein happened and this huge public moment happened. And so many articles have been written and conversations have happened and panels and speeches. And I think where we find ourselves now is that this danger point, because we have had two years of this conversation and it feels as though things have changed. And there's been so many words spilled over this that it feels like things must be different now. And the data is really not pointing to that. We've seen a couple brief upticks in women directors and on screen representation. But if we look at this in the historical context, everything suggests that that's going to be a brief uptick followed by a slide back.

Hollywood can feel like this space that's really far away from our lives and glittery people and like, who cares if whoever can get a job or can't get a job? But we consume more media now than we ever have before, and the U.S. is exporting more films and television shows globally than we ever have before. And those stories are shaping our culture and our behaviors in ways that truly go out and affect the rest of the issues that we're facing. And if you consider that 90 to 95 percent of all of the films that you've ever seen were directed by white men, who have a valid perspective. But reasonably they’re 30 percent of the U.S. population, which means that 70 percent of us, our voices and perspectives and stories have just been virtually absent from this enormous stream of media that we've all been consuming and that has been shaping, quite literally our neural pathways.

On the data behind how television has an influence on people

So just to give a couple brief examples, the year that Hunger Games and Brave came out, female participation in archery went up 105 percent. To pull another, more consequential example, there is now a well-established trend and problem that lawyers face now that so many people watch Law and Order.  [...] The jurors now expect some final last minute, you know, incontrovertible piece of evidence to come out in this dramatic moment like it does on the TV show [...] which, of course, doesn't happen in real life. So jurors are now consistently returning more innocent verdicts than they should because of television.

On how movies with lead female roles make money

NMJ: Well, all of the data shows that dollar for dollar films, both by and about women, make more money at the box office. They're [...] missing this huge financial opportunity that exists. And again, 70 percent of the population whose stories are not being represented by film and television.

Virginia Prescott: So you mean to tell me that, you know, Black Panther, The Avengers, all these Marvel reboots, those are not making as much money as female films?

The quick answer is audiences hold the ultimate power. Where you choose to put your eyeballs, where you choose to put your dollars - that is the thing that will ultimately drive the market. So, seek out the stories that you want to see. Think about what stories are shaping your neural pathways, and what stories you want to be shaping your neural pathways and your children's neural pathways. And then seek out those stories and spend your dollars to see them.