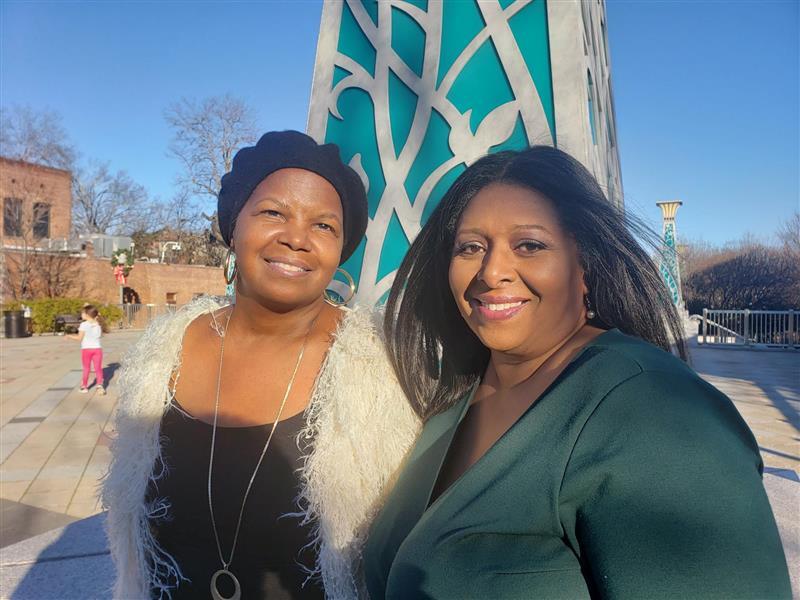 Caption
Carla Griffin (left) and Alysa Armstrong-Gibbs (right) were among the mothers who went to court to support Diana Elliott's hearing for leaving her disabled son at Grady Memorial Hospital in Atlanta.

Besides being subject to legal action, mothers who abandon their children generally hold a special place of villainy in the court of public opinion. Witness the recent condemnation after Diana Elliott left her developmentally challenged 14-year-old son at an Atlanta hospital.

Not everyone jumped on the bandwagon of rage — some on social media expressed sympathy for a single mother of four caring for children with special needs. Two dozen women showed up at her first hearing to ask the court for mercy.

GPB digital producer Jade Abdul-Malik followed up on the story of complete strangers showing up to support an overwhelmed mother. Abdul-Malik spoke with On Second Thought host Virginia Prescott about her research for the story. 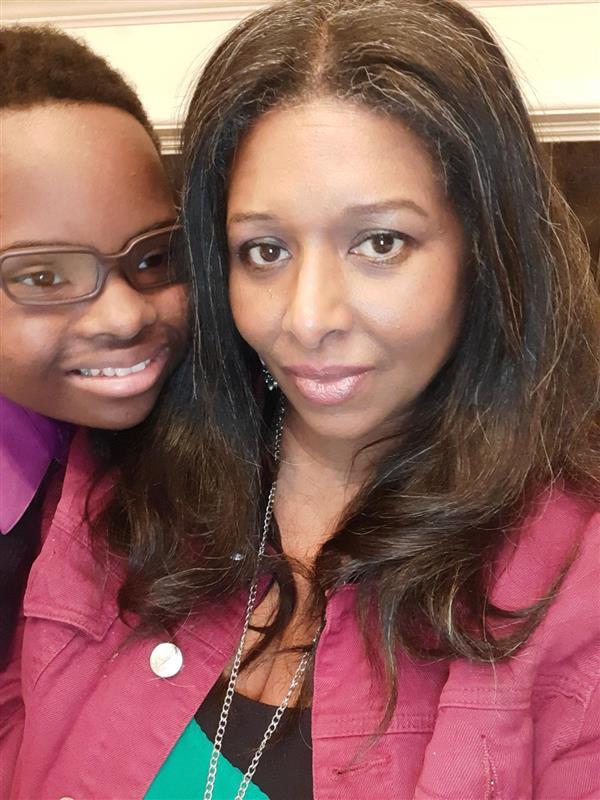 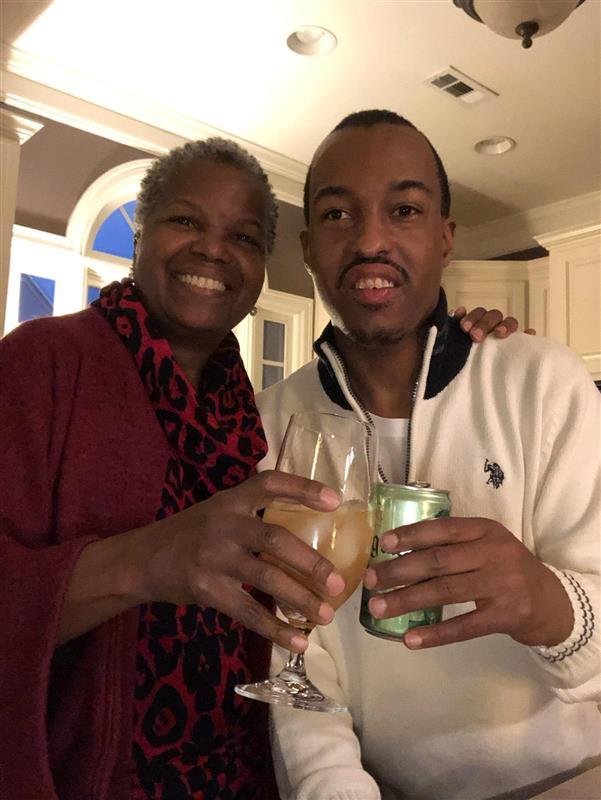 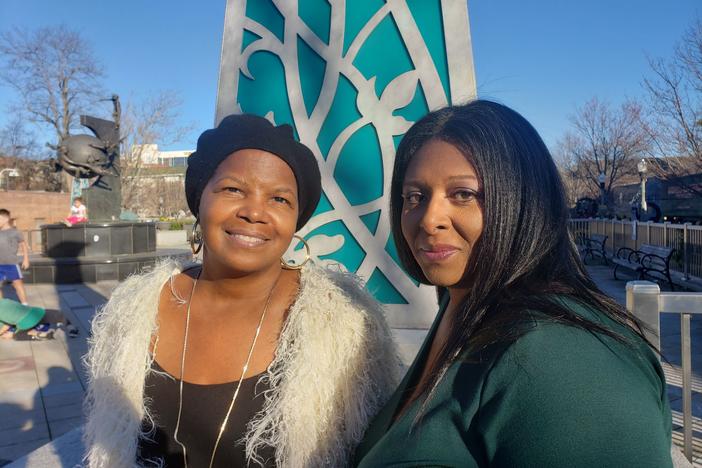 After an overwhelmed mother of four dropped off her 14-year-old son at a local hospital last month, she was arrested on charges of child cruelty. When... 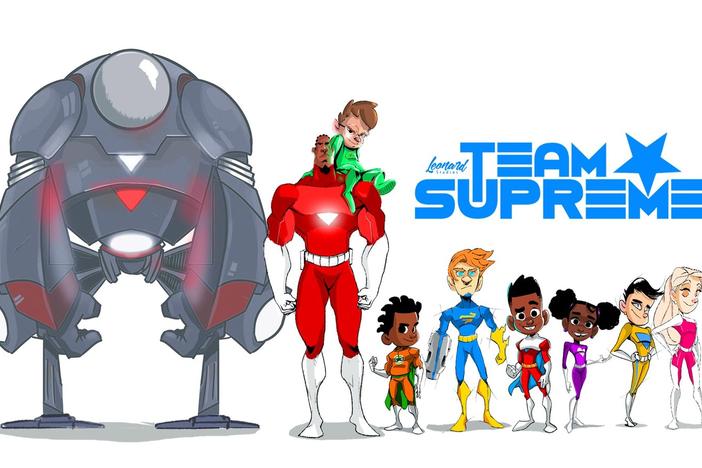 Around 57 million people in the United States live with a disability, including around 500 thousand children, according to a report by the U.S. Census...