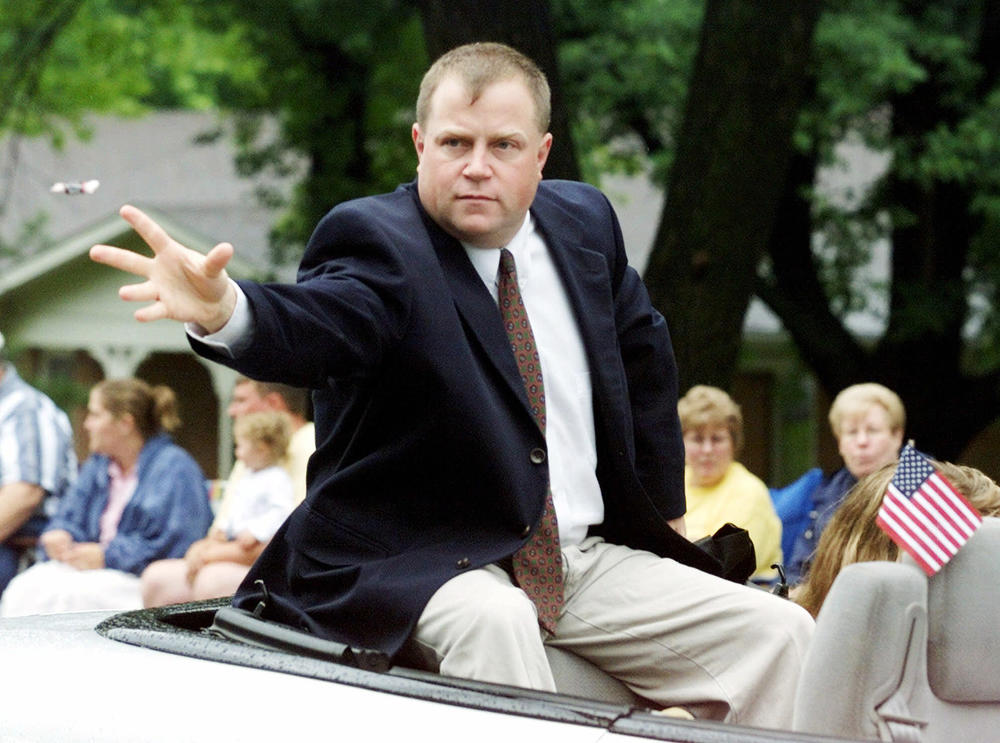 Richard Jewell, parade grand marshal, tosses candy to spectators along the parade route in Carmel, Ind., in 2001. Jewell, who was the focus of an FBI investigation for the 1996 Olympic Park bombing, was being honored as one of the nation's unsung heroes. / AP

Clint Eastwood’s film Richard Jewell is out and, as a piece that is critical of journalists, it generated discussion before the first ticket was even sold.

Like Eastwood’s film, Mistaken: The Real Story of Richard Jewell follows Jewell’s descent from hero to villain in the court of public opinion. And, while Mistaken diverges from Eastwood’s film in a number of ways, it is also an invitation to think critically about the role of journalism and how we, the public, consume it.

The Associated Press maintains an archive of video material on Youtube which goes back decades. We relied on material from that archive to piece together the scene setting audio sections in Mistaken.

Though it did not make it into the final piece, we also obtained the 911 dispatcher call that reveals why it may have taken so long to get a squad to the site of the bomb on the night of July 27, 1996.

(AUDIO) 911 dispatcher response to the bomb threat in Centennial Park.

Richard Jewell’s story is one that has been told at length by a number of other newsrooms. Noteworthy documentary takes on Jewell include this piece by the now defunct Grantland website.

Eastwood also relied on the advice of former U.S. Attorney Kent Alexander and former Wall Street Journal writer Kevin Salwen, co-authors of the book The Suspect. Our interview with Alexander and Salwen is the backbone of Mistaken. You can find more of that interview in an earlier episode of On Second Thought.

In the weeks running up to the release of Clint Eastwood’s film, the Atlanta Journal-Constitution launched a number of defenses of their deceased colleague Kathy Scruggs, the reporter at the heart of the Jewell story.

The AJC’s story, The Ballad of Kathy Scruggs, riffs on the title of the Vanity Fair story on Jewell. It also paints a picture of Scruggs as a journalist as a force of nature who embraced life. However, the story emphatically denies that Scruggs traded sex for information as the Eastwood film intimates.

The AJC went a step further and enlisted legal aid in setting the record straight for Scruggs. We wrote about the letter to Warner Bros. Studios from AJC attorneys. The paper also published a story specifically addressing the response to the movie’s portrayal of Scruggs, which includes the perspectives of those close to her along with Olivia Wilde’s defense of the portrayal.

In addition to these resources, we are also grateful to the Atlanta History Center for their help accessing audio from their event on the Richard Jewell case in November, and for music from Blue Dot Sessions. We are also grateful for Kevin Salwen, Kent Alexander, and Tom Johnson’s time. 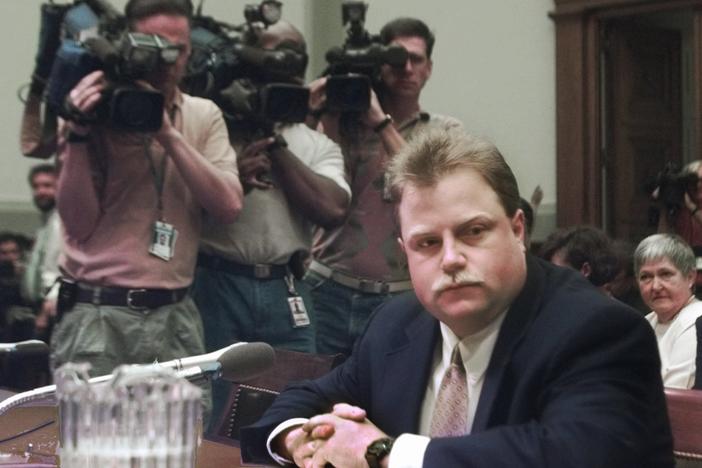 On Tuesday, July 30, 1996, Richard Jewell was praised as a hero by Katie Couric on NBC’S TODAY show. The security guard hired for the summer Olympics...