Gov. Brian Kemp’s proposal to expand Medicaid with a waiver-application process is being met with backlash.The Carter Center's Eve Byrd says the governor's proposed Medicaid expansion could make it harder for people with mental health and substance use issues to get insured.

Kemp wants to expand Medicaid to people making less than $12,000 a year, but Georgians would only be eligible if they are working, attending school or involved in job training.

The governor's office previously called the approach a "conservative reform" that reflects the state's values as a place that "honors work" and "champions individual responsibility." It would require approval from the Trump administration.

"This is not a free handout. Hardworking Georgians who qualify will have skin in the game," the governor said. "It is a path forward toward higher earnings, better opportunities and a healthier future."

Some organizations are pushing back, including the Carter Center.

Eve Byrd with the Carter Center said the waivers' proposed requirements are a step backward for the state, which already ranks poorly for many health-related issues including maternal care.

To require people with mental health conditions to work in order to receive health care — when they're at the poverty level already — is really quite absurd, Byrd said, adding that no one expects to get sick be it with cancer or depression.

The Georgia Department of Community Health board is expected to vote on the governor’s proposal this week, after additional comments are processed and summarized for the board. 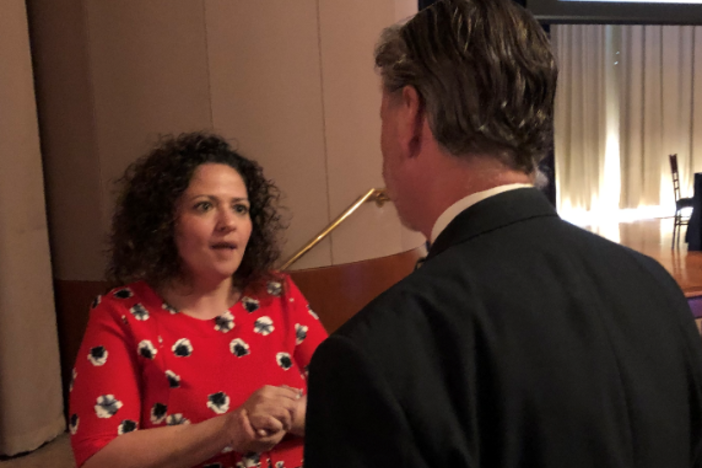 The first of six regional School-Based Behavioral Health Forums was held this week at The Carter Center in Atlanta. Panels addressed ways to make the...