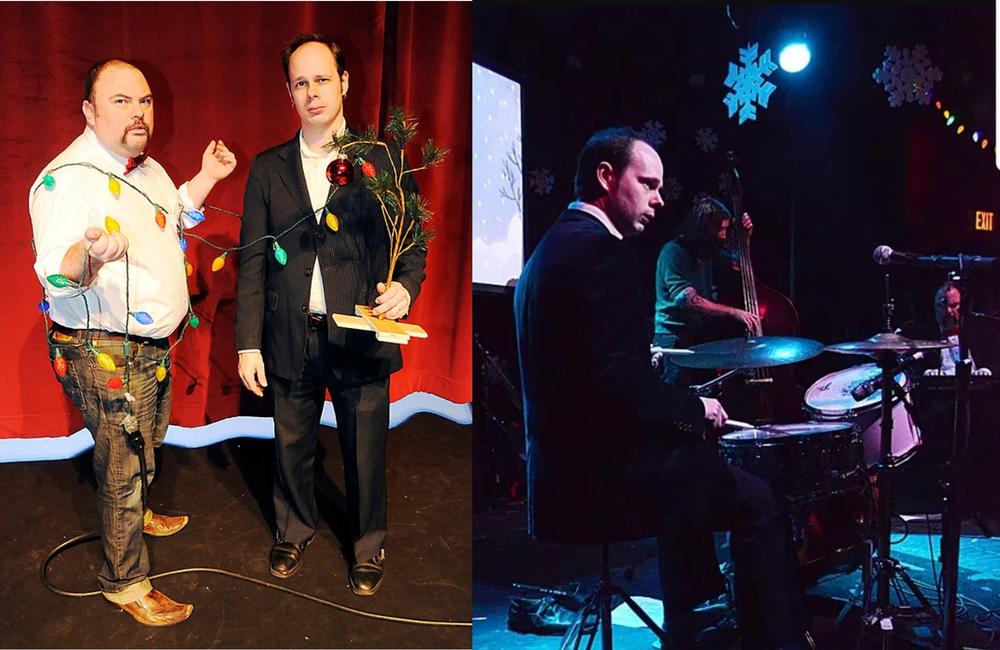 For the 12th year, Jeffrey BÃ¼tzer, T. T. Mahony and Mike Beshera will perform Vince Guaraldi's score from 'A Charlie Brown Christmas' at venues in Atlanta, Savannah and Woodstock this December.

Like the endearing story presented in 1965's animated special A Charlie Brown Christmas, the music from the feature has endured as a holiday classic. The mellow, jazzy piano tunes were arranged by Vince Guaraldi.

And for the 12th year, you can go hear this delightful soundtrack performed live. A trio of musicians — Jeffrey Bützer on drums, T. T. Mahony on keys and Mike Beshera on bass — will once again perform this 40-minute score for Georgia audiences in Atlanta, Savannah and Woodstock. On Second Thought host Virginia Prescott speaks with T. T. Mahony and Jeffrey Bützer.

Bützer and Mahony joined On Second Thought to talk about how this music has endured as a holiday classic, and how the trio pays tribute to Guaraldi's tunes while still putting their own spin on things.

"It's in the spirit of the original score," Mahony said. "I quote from it, but I also freely improvise, so every show is different."

"It being a jazz record, we're not like looking at sheet music," Bützer added. "We just keep to the style and form of the songs, and there's a lot of improvisation. I mean, I have to see T. T. — I couldn't do it in a different room. We all play off each other."

Mahony and Bützer described how their performances have grown in popularity, so much so that tickets to the various shows sell out quickly. The trio even added a previously unplanned third night at The EARL due to demand.

"People I don't know will approach me at different points of the year and tell me how much they love the shows, and how they're excited to come the next year," Mahony said. "It's pretty humbling and amazing, actually."

"And yeah, you know, I get to be a rock star for like two minutes out of the year, so that's pretty cool," Bützer said.

The trio will perform the music from A Charlie Brown Christmas at a few different venues in Georgia this month:

More information, tickets and merch are available here. Check out a video of the trio performing live at The EARL from 2011: 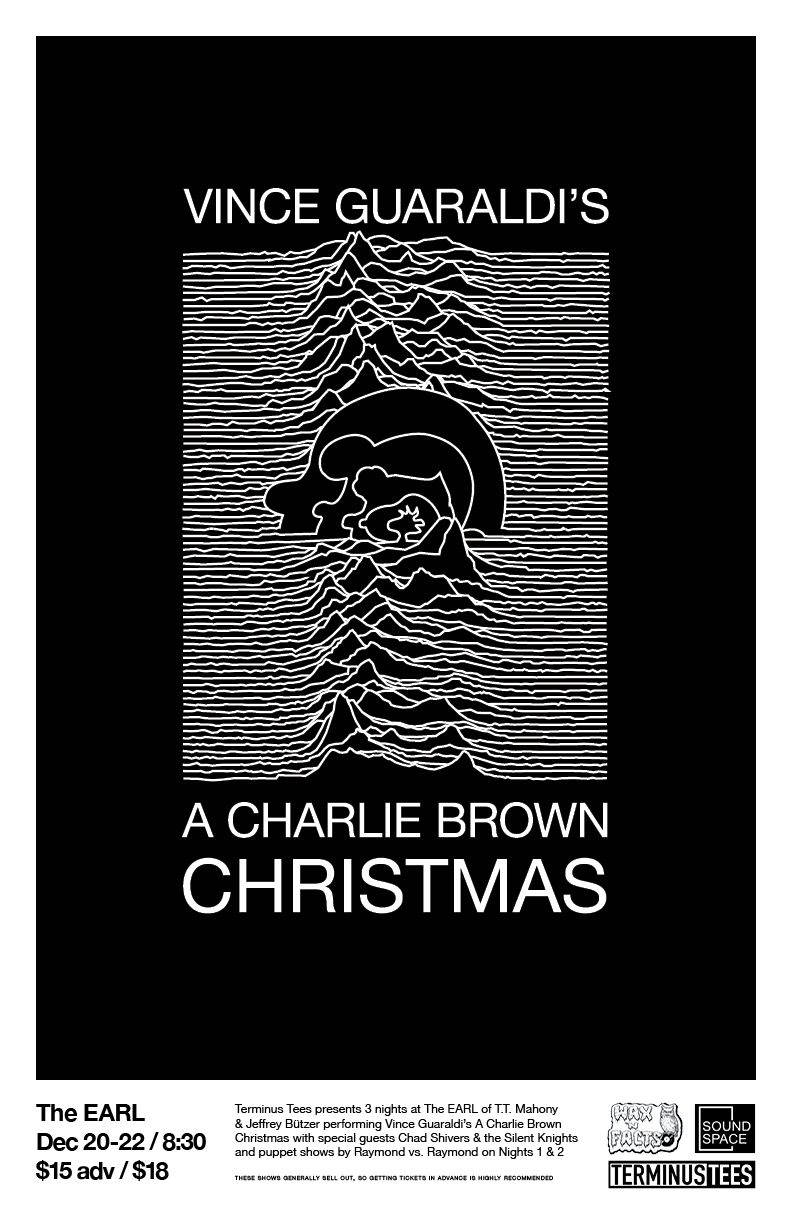 Designed by Lee Tesche (of the band Algiers), the flyers for the 'A Charlie Brown Christmas' performances are inspired by famous album covers, while incorporating Charlie Brown and other Peanuts characters. In previous years, posters have been in the style of Nirvana's 'Nevermind' and Kraftwerk's 'The Man-Machine.' This year, the poster pays homage to Joy Division's album 'Unknown Pleasures.' 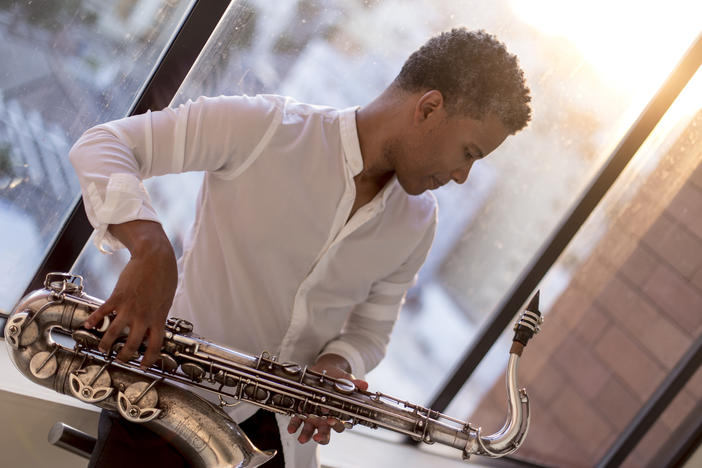 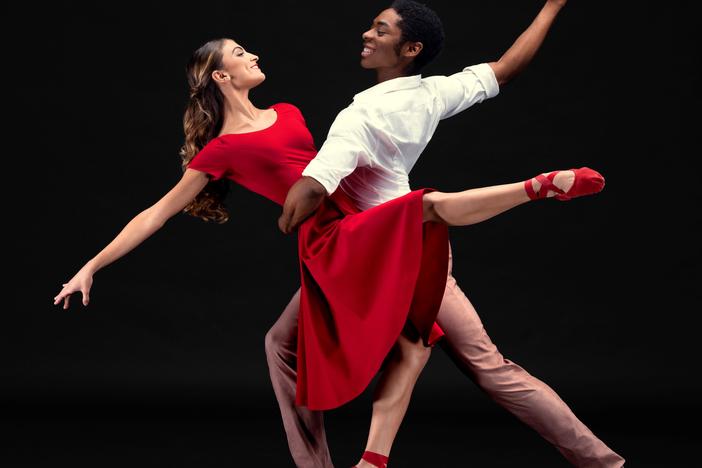 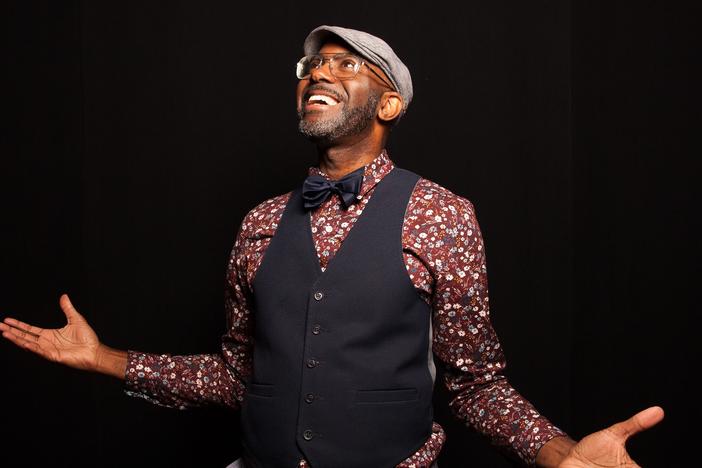