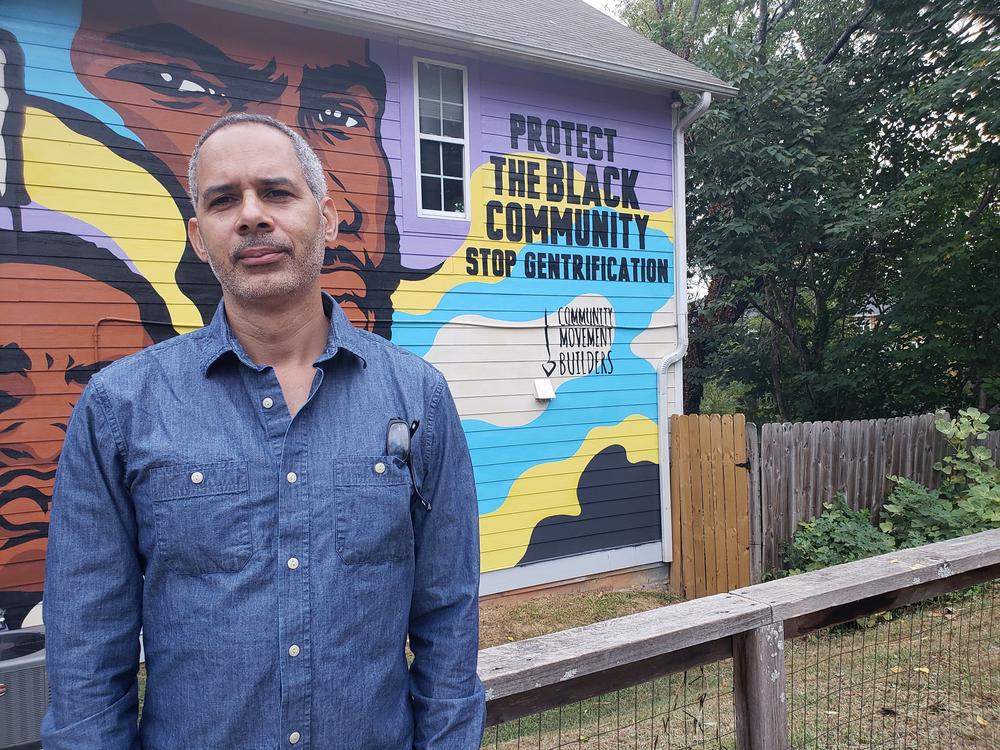 Caption
Kamau Franklin is an anti-gentrification activist who recently commissioned a mural to highlight his opposition to gentrification in the Pittsburgh neighborhood of Atlanta.

Atlanta is one of the fastest growing urban areas in the country, with nearly 6 million people now calling the city home.

With all that growth comes the issue of gentrification. As more apartments and businesses crop up around the metro area, many long-time residents of neighborhoods are being priced out by higher rents and property taxes.

According to the city, median rents are up 28% since 2000, compared with just 9% nationwide over the same timespan.

Kamua Franklin is an activist working to stem tide of gentrification. He is the founder of the nonprofit group Community Movement Builders.

He operates out of a small home, turned community center in the Pittsburgh neighborhood. He recently commissioned a mural, painted in bold colors on the side of the building. It’s part of his effort to end gentrification in the neighborhood.

GPB’s Leah Fleming speaks with Franklin about his advocacy work, the mural he commissioned and what he hopes the city will do to protect residents. 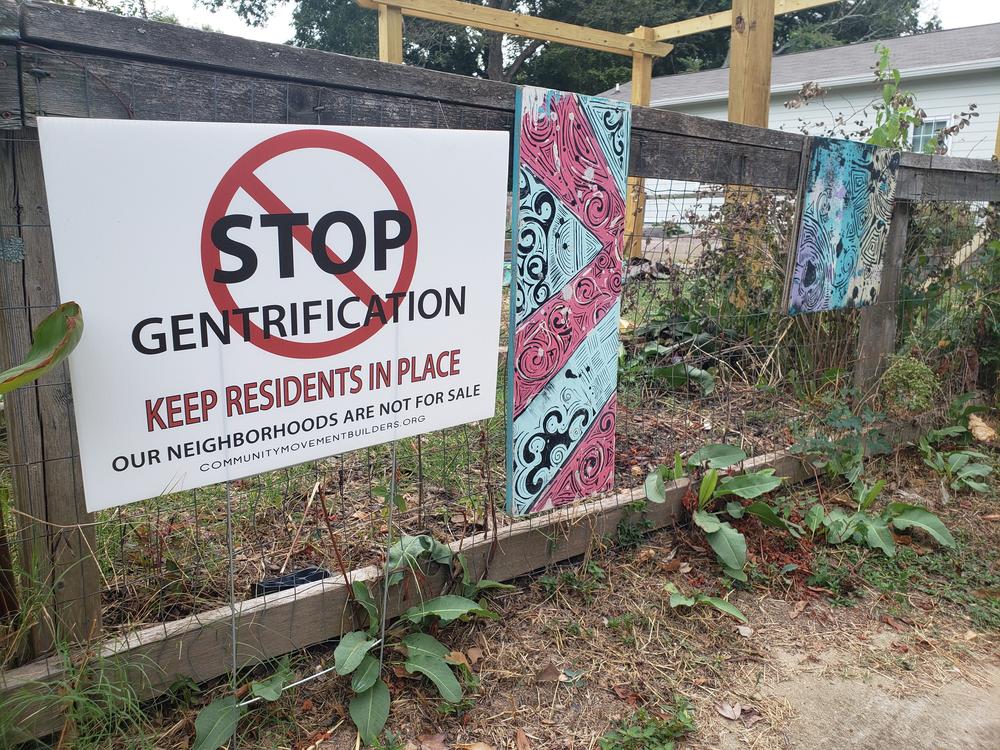 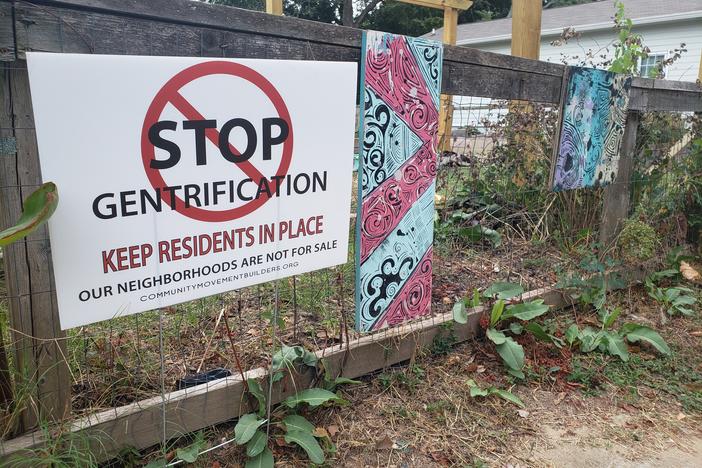 Everyone wants to live in a thriving, beautiful neighborhood. So how do we achieve that? Many people believe that gentrification, or the process of...